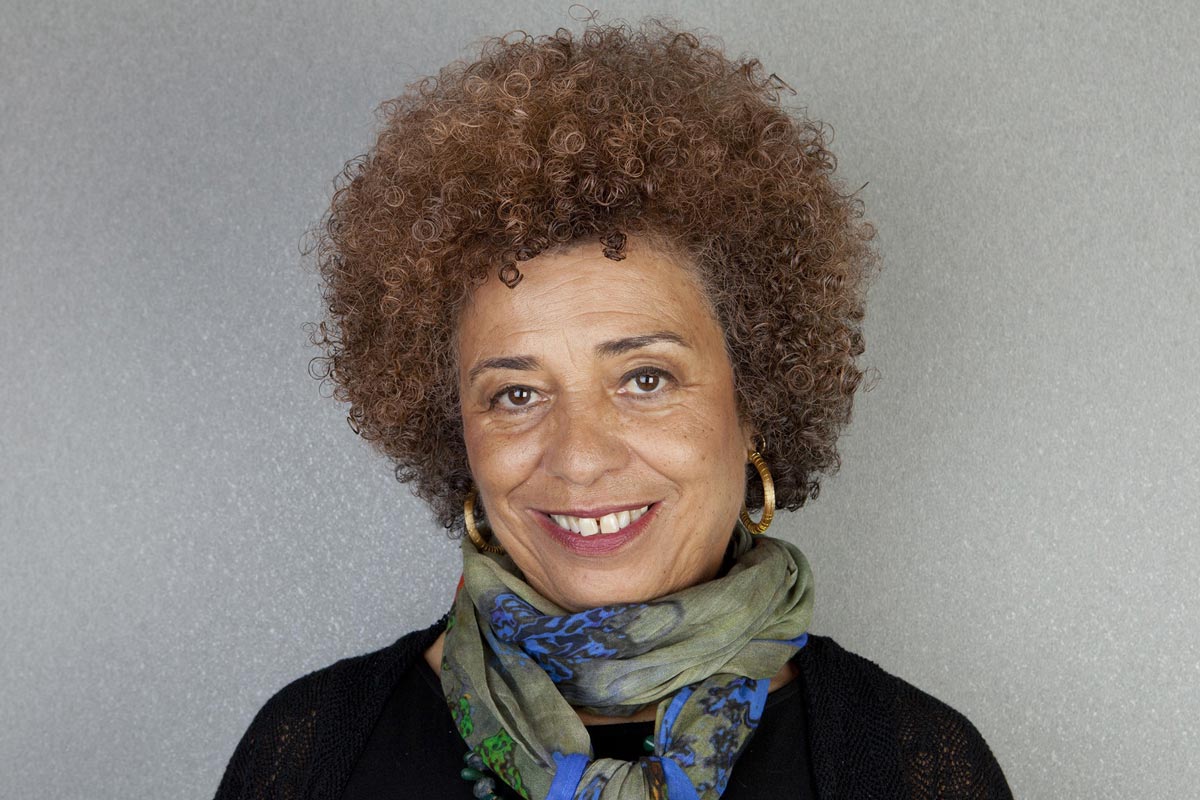 Angela Davis (b. 1944 in Birmingham, USA) is an activist, scholar, and teacher. An icon of the Civil Rights Movement, Davis gained worldwide reputation in the course of the international “Free Angela Davis” campaign ensuing her arrest in 1970.

Davis received a B.A. from Brandeis University, where she studied with Herbert Marcuse. After her graduation in 1965, Davis went to study at the “Institute for Social Research” in Frankfurt. She then continued her studies with Marcuse and earned an M.A. from the University of California, San Diego, before pursuing a PhD at Humboldt University, Berlin.

In 1969, Davis was appointed assistant professor at the philosophy department at the University of California, Los Angeles. A member of the Communist Party USA since 1968, Davis – by order of then-Governor Ronald Reagan and despite widespread protest – was dismissed in 1970.

Around the same time, Davis was involved in the campaign to release “The Soledad Brothers”, three black imprisoned activists. In the course of an attempt to free them, George Jackson’s teenage brother Jonathan took hostages at the Marin County courthouse, and in the subsequent shootout four men, including Jackson and the judge, were killed. The guns used by Jackson had been registered in Davis’ name and Davis, having appeared on the FBI’s “Ten Most Wanted” list, was charged with kidnapping, murder, and conspiracy. She was imprisoned for 16 months, and was subsequently acquitted of all charges in 1972.

This led her to advocate for the improvement of prison conditions and “abolitionist alternatives”. Resisting the “prison industrial complex” (a term coined by social historian Mike Davis), Davis is a founding member of the abolitionist movement “Critical Resistance” and is also affiliated with Sisters Inside, an Australian organization advocating for human rights of women in prison.

In 1972, Davis undertook an international speaking tour that included Cuba, East Germany, and the USSR, where she, in 1979, was awarded the Lenin Peace Prize.

In 1980 and 1984, Davis ran for Vice President of the United States as a candidate from the Communist Party USA; she eventually left the party in 1991.

Davis has lectured all over the US as well as in Europe, Africa, Asia, Australia, South America and the former Soviet Union. In 1991, she was appointed professor in the History of Consciousness at the University of California, Santa Cruz. In 1994, Davis received an appointment to the UC Presidential Chair in African American and Feminist Studies. Between 2003 and 2006 Davis was the chair of the Feminist Studies Department and became Distinguished Professor Emerita in the History of Consciousness and Feminist Studies Departments in 2008.

Davis is the recipient of many prestigious awards, including the American Book Award (1998), the Thomas Merton Center Award (2006) and the Sackler Center First Award (2016), and has received an honorary doctorate from the California Institute of Integral Studies (2016).