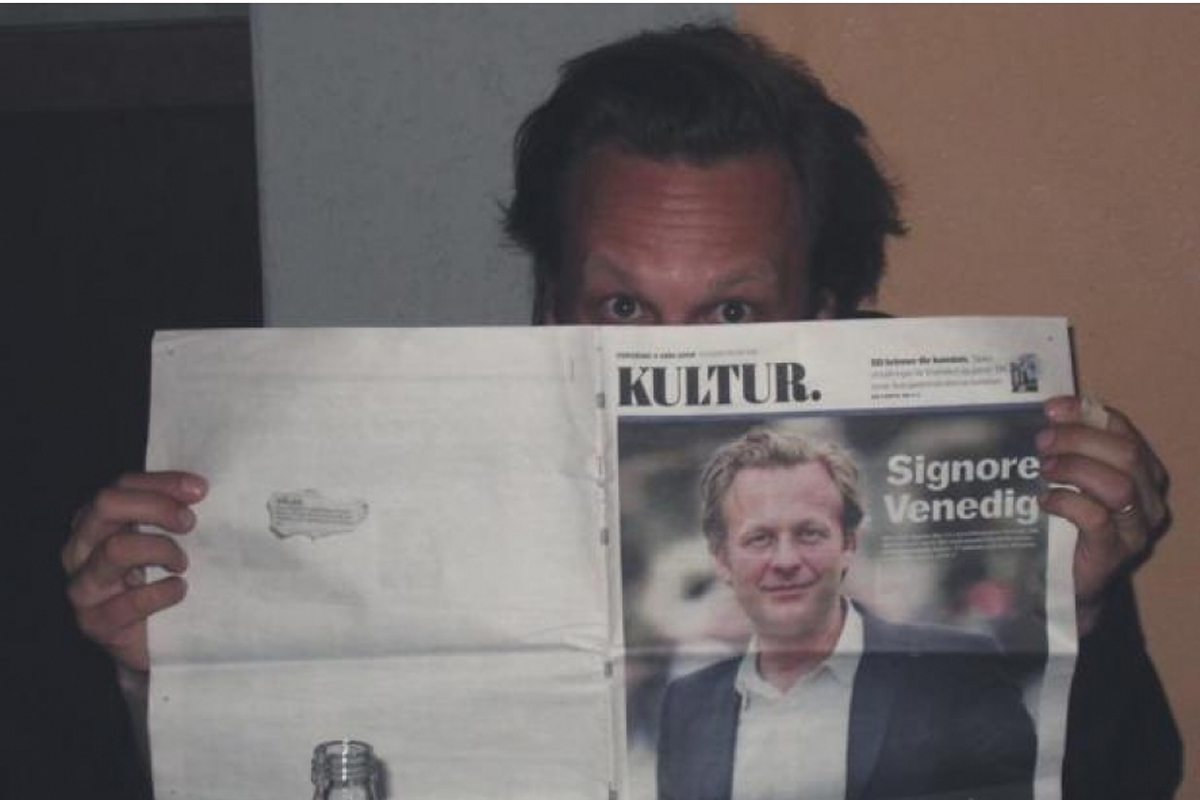 Daniel Birnbaum (b. 1963) is a Swedish art critic, theoretician, curator, and the director of the Museum of Modern Art (Moderna Museet) in Stockholm.

From 1989 until 1997, Birnbaum worked as an art critic in the Swedish newspapers Dagens Nyheter and Expressen, but also as an independent curator. In 1998, he obtained his doctoral degree from Stockholm University with a thesis on Edmund Husserl (The Hospitality of Presence: Problem of Otherness in Husserl’s Phenomenology). Since 1998, Birnbaum has also been a contributing editor of the international art magazine Artforum (New York), and has also written numerous articles for magazines like Parkett and Frieze. He has also worked as a director of IASPIS (The Swedish Arts Grants Committee’s International Programme for Visual Artists). In 2001, Birnbaum became Rector at Städelschule, Staatliche Hochschule für Bildende Künste in Frankfurt am Main, Germany. During his time at this fine arts academy, he also presided over Portikus, Städelschule’s exhibition site which is also recognized as one of the leading places for contemporary art in Germany.

While he taught in Frankfurt am Main, Birnbaum continued his curatorial work.  He was a co-curator of the international section at the Venice Biennale (2003) and the director of the 53rd Venice Biennale (2009). Birnbaum also worked as co-curator of the first and second Moscow Biennales of Contemporary Art (2005 and 2007). Since 2001, he is a member of the board of Manifesta in Amsterdam. In November 2010, Daniel Birnbaum became the director of the Moderna Museet in Stockholm.
Birnbaum’s essay Chronology (2005) tries to explore different artworks with the help of Deleuzian concept of immanence. He writes about the works of artists such as Stan Douglaths, Eija-Liisa Ahtila, Doug Aitken, Dominique Gonzalez-Foerster, Tacita Dean, Darren Almond, Tobias Rehberger, Pierre Huyghe, and Philippe Parreno in order to pose (and subsequently answer) the following questions: “Is it the intentionality described by phenomenology and the ambiguous flesh of the active viewer who enters the work of art and fully explores its most extreme possibilities that determine the limits of possible subjectivation? Or is it the work itself that defines the parameters of new potential forms of subjectivity, perhaps involving modes of awareness that dodge the framework of phenomenology?”

The book Under Pressure: Pictures, Subjects, and the New Spirit of Capitalism that Birnbaum co-edited with Isabelle Graw gathers the contributions from the same-titled conferences at Institut für Kunstkritik at the Städelschule (2006 and 2007). The aim of these conferences was to discuss the value system resulting from the “New Spirit Of Capitalism.” According to Birnbaum and Graw, writers like Paolo Virno, Luc Boltanski, and W.J.T. Mitchell have developed new conceptual tools that are useful for the analysis of the present condition. Therefore, these conferences sought to take up the potential application of the new conceptual tools formulated by Virno, Boltanski and Mitchell. However, another goal was to describe and confront the external pressures and constraints that play a large role in the production of artworks. The book edited by Birnbaum and Graw gathers dilemmas and answers of the various conference participants (e.g. Luc Boltanski, Sabeth Buchmann, Tim Griffin, W.J.T. Mitchell, Sighard Neckel, Martin Saar, and Paolo Virno).

Together with Heike Belzer, Birnbaum edited the book Teaching Art: Städelschule, Frankfurt am Main (2007). This is both a book and a document about Städelschule and its daily life and educational goals. Wolfgang Tillmans’s contribution consists of a series of photographs that depicted life in this school, and all texts present in this book were written by people who either worked at the school as faculty members or held workshops and seminars at this vibrant place.

The Work of Hilma af Klint