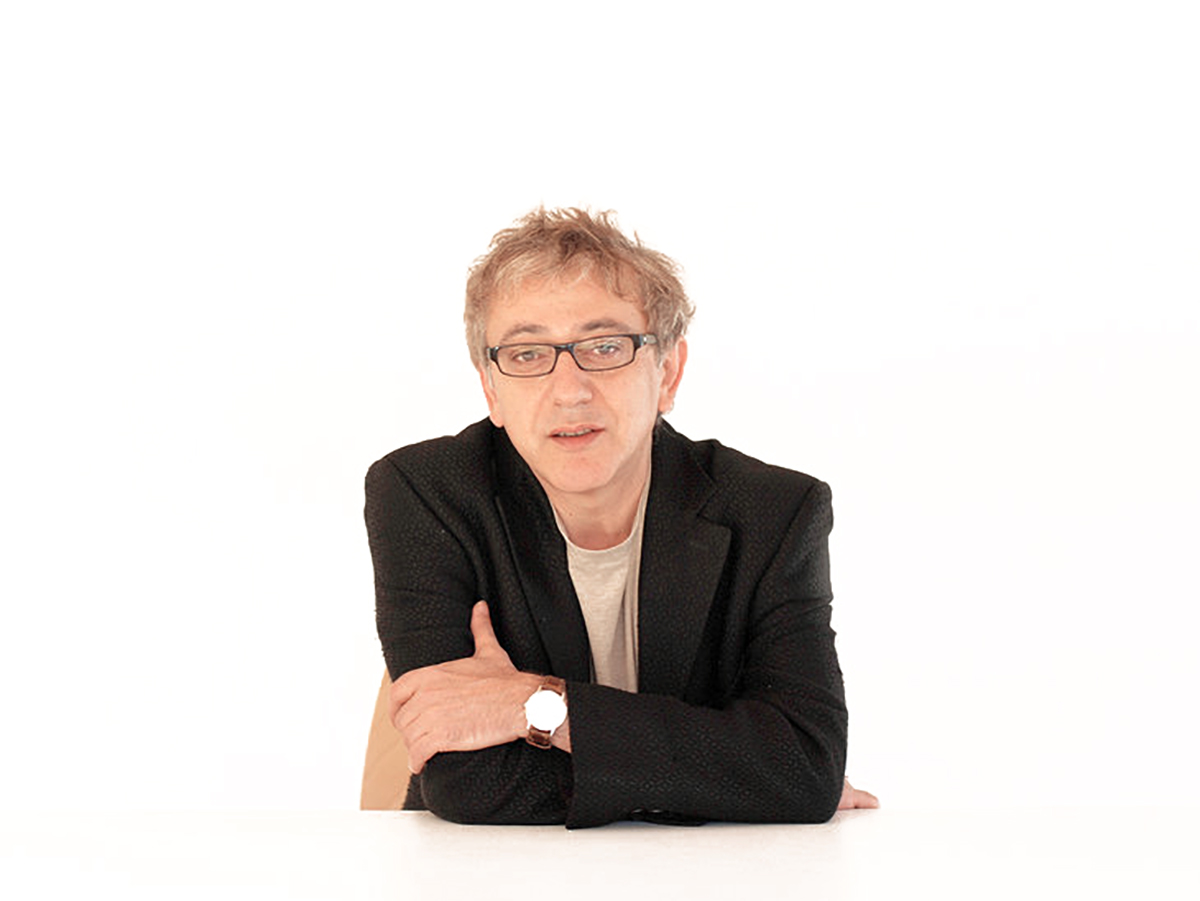 Elia Suleiman, إيليا سليمان (b. 1960), is a Palestinian actor and filmmaker who has extensive experience in both directing and screenwriting. He was born on July 28, 1960 in Nazareth, Palestine. Elia Suleiman is most well-known for his 2002 film, Divine Intervention, a surreal comedy and modern tragedy about the Israeli occupation of Palestine, with a specific look at daily life. Divine Intervention won several awards, including the International Critics Prize (FIPRESCI), the Cannes Film Festival Jury Prize (2002), and the Best Foreign Film Prize at the European Awards in Rome. Often compared with filmmakers Jacques Tati and Buster Keaten, Elia Suleiman deals with both the burlesque and the serious with a similar poetic sense. Speaking theoretically about his work, he links it to the project of democracy:

“Multiplying the possibilities of reading my images gives me pleasure. As much as possible, I try to layer them. It’s a democratization of the image. Just as we have never arrived at a better political system than what we call democracy today, my images carry exactly the same risk as democracy. I’m taking the risk that some of them can be misread, but I can’t impose my own views.”

Elia Suleiman lived in New York City for a decade (1982–93) before moving back to Palestine to teach film and media at Birzeit University, near Ramallah in the West Bank. It was during his time in the United States that he co-directed the short film Introduction to the End of an Argument (1990), and he directed Homage by Assassination (1992). Birzeit University is one of the foremost educational institutes in the Palestinian territory and has played a significant role in the Palestinian political scene. As a professor at Birzeit University, Elia Suleiman developed a new Department of Film and Media, which was funded by the European Commission. He is a professor of film at The European Graduate School / EGS and a guest lecturer at various universities around the world.

The Israeli-Palestinian situation is central to Elia Suleiman’s artistic sensibility and the subject matter of many of his films. This comes across with extraordinary power in his film The Time That Remains (2009), a film which is based in part on his father’s diaries. His father is played by Saleh Bakri in the film. The film has a curious loop structure which jumps across different decades to show the changes which the characters have undergone in the midst of the conflict. The tenor of the film is one of dispassionate resignation in the face of the conflict, while at the same time piercing through the mass media filters in order to show events as the people really experienced them. In an interview centered around this film, Elia Suleiman is asked to explain how—in his view—the situation in Palestine is symptomatic of something bigger than that particular regional conflict:

Elia Suleiman: “I’m not talking about Palestinians. I’m talking about all conflicts and all regressions and all pollutions and the [global economic] crash, and globalization. In fact, The Time That Remains is not at all a metaphor of Palestine. Not at all.… We live in a place called “the globe” today that has a multiplicity of experiences in it. My films do not talk about Palestine necessarily. They are Palestine because I am from that place—I reflect my experience, but in identification with all the Palestines that exist. The word “Arab-Israeli conflict” is alien to me in terms of the poetics of the word. I don’t think my film is about that altogether.”

Sabah Haider: “Can you explain your view that Palestine represents all of the conflicts of the world?”

Elia Suleiman: “I think there is an identification. Look, when you are an artist, you should have faith that first of all your experience is not local; it is a universal experience. That’s one. When you compose an image you should never think about the boundaries of that image. But should this image exist in one locale, it should transgress the boundaries of that locale. So that means that if an Uruguayan is watching my film, and has an identification with the story of Fouad in the film, then this is where I believe I have traveled an experience, a universality of some sort, which I think cinema is up for. So this is not about molding or summing up an experience located in Palestine. This is about all the experiences that can be conceptually, Palestinian-ally, called so.”

“When I make a film, I do not have any impulse, when I’m composing an image, of raising the consciousness of the world about Palestine. If, by de facto, the spectator feels an identification to the story of Palestine, that is when I’ll be achieving something. And if they go home and change a certain something to the better of the world, in their own locale, then they have been in my opinion, I would say, very pro-Palestinian.”

“If they took pleasure when watching the film, and went home and had a kind of positivity or an intuition or desire to aestheticize their dinner table, they have, as far as I’m concerned, went a step further to becoming pro-Palestinian. I will not even believe that if they went and started to demonstrate, that this would be an achievement for me. I think each individual, when they watch a film of mine, that when it will be flattering me is when they have certain impulses of a positive construction, of a better life of their own. As individuals, and as communities, and that is for me then, a pro-Palestinian experience.”

The Time That Remains

The Time That Remains. Directed by Elia Suleiman. The Film, 2009.

​War and Peace in Vesoul

​Gulf War, What Next?

Introduction to the End of an Argument

Introduction to the End of an Argument. Directed by Elia Suleiman. 1990.

The Occupation (and Life) Through an Absurdist Lense

A Cinema of Nowhere

Notes from the Palestinian Diaspora: An Interview with Elia Suleiman