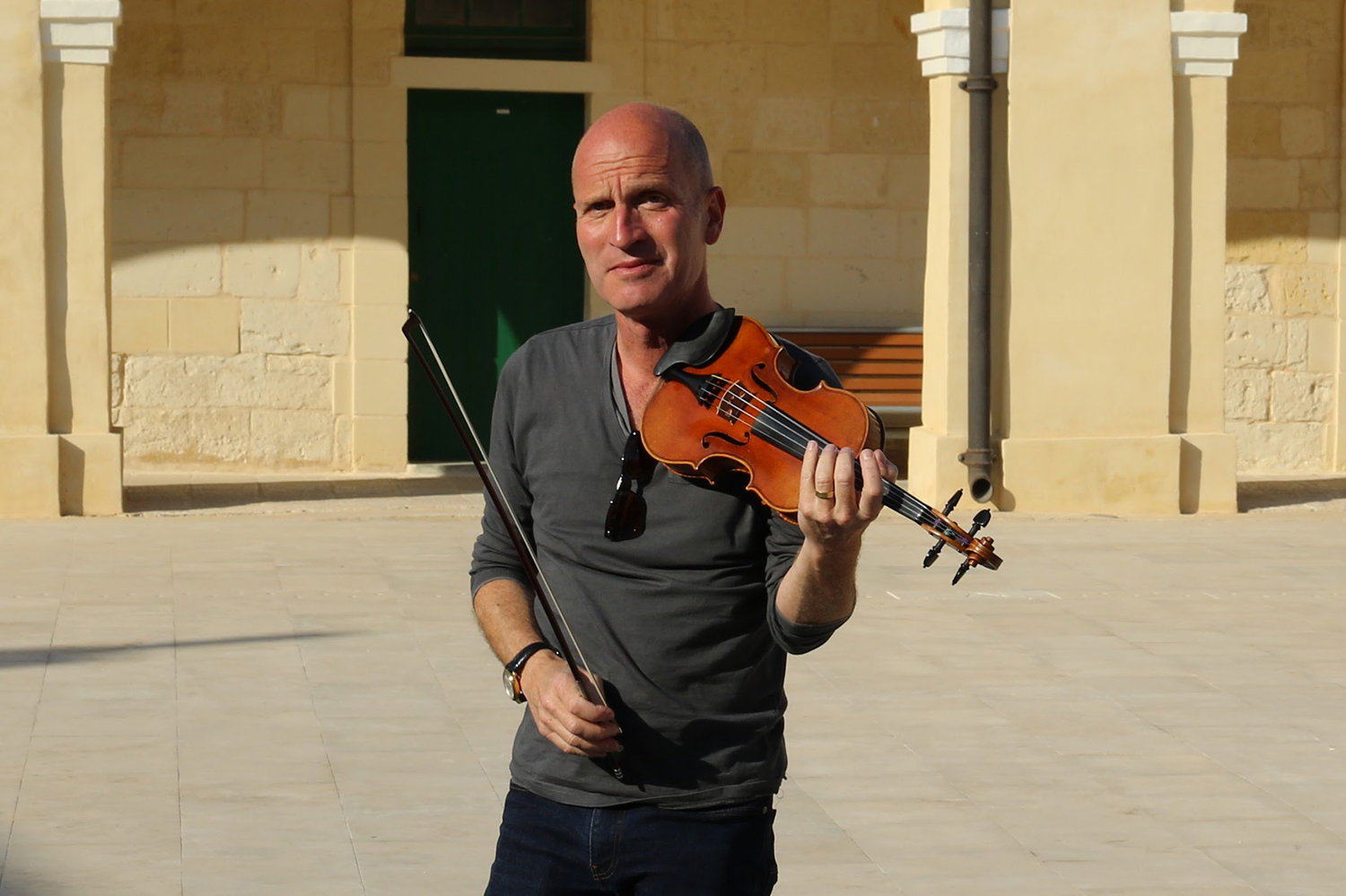 Gilles Colliard (b. 1967 in Geneva, Switzerland) is a soloist, composer, conductor, and teacher.

Gilles Colliard studied the violin under Jean-Pierre Wallez at the Conservatoire Supérieur de Musique, where he received the “Premier Prix de virtuosité” (first prize for virtuosity), and then continued his studies with Tibor Varga.

Having obtained a profound knowledge of baroque music, Colliard, together with harpsichordist Michel Kiener, instituted the Amarcordes Ensemble. He was invited to play the solo violin at the Limoges Baroque Ensemble by Christophe Coin, and performed as a soloist in the Leclair concertos in Versailles and Graun’s double concerto for violin and viola in the Kleine Philharmonie Berlin.

Between 1996 and 2009, Colliard was first violin for the Ravel Quartet (the long-time “quartet in residence” at Evian Theatre).

A many-faceted musician, he has performed concertos by Brahms, Beethoven, Mozart, Mendelssohn, Paganini or Tchaikovsky (to name but a few) with the London Soloist Chamber Orchestra, the Bohemian Philharmonic Orchestra, the Orchestre de la Suisse Romande, the North Carolina Festival Orchestra and the Budapest Concentus Hungaricus at numerous international venues. Collaborating with pianist Yoko Kaneko since 2011, Colliard performed all ten Beethoven sonatas at a concert in Tokyo in 2013.

Himself participant in numerous festivals, Colliard has directed the Puymory Festival and the “Musique au cœur des moulins” festival for more than a decade. Collaborating with several dancers, he also initiated an ancient dance studio under the direction of Christine Grimaldi.

Colliard conducts both symphony orchestras as well as chamber orchestras; he has conducted the Lamoureux Concert Orchestra (Schumann), the Barcelona Baroque Orchestra (Händel), the Bienne Symphony Orchestra (Beethoven), and, with his own compositions, the Wroclaw Leopoldinum Orchestra. He also conducted, among others, Monteverdi’s “Orfeo”, Lully’s “Le Bourgeois Gentilhomme” and, on the occasion of the 300th anniversary of his death, Jean Gilles’ Requiem in St Etienne Cathedral.

Colliard’s compositions include more than sixty works and just as many arrangements. Among his recent compositions are “Les saisons suisses” (for violin and orchestra), “Fantaisie sur le barbier de Séville de Rossini”, the opera “Will Tell” and “Liberty Street” (quartet with piano/right-hand). He has recorded over thirty discs, ranging from Bach’s “Complete violin concertos” to Vivaldi’s “Four Seasons”.