Visual Director in the Division of Philosophy, Art and Critical Thought and Faculty Fellow at The European Gradate School. 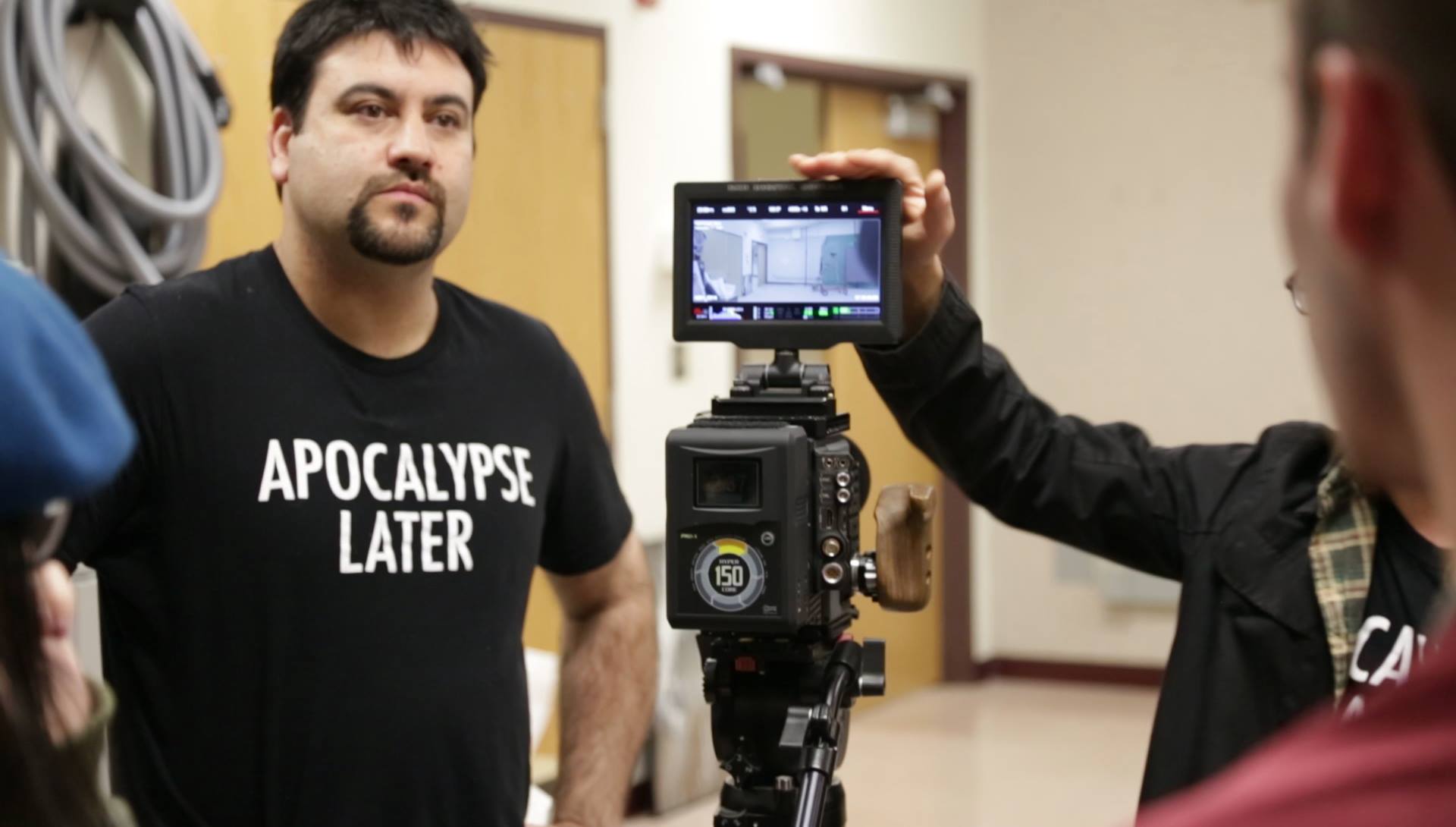 Pirooz Kalayeh loves combining his multifaceted experiences as an artist, musician, writer, actor, and director to create innovations in storytelling. His creative work spans seven feature films that range in style and genre – from dramatic narrative, rom-com, zombedy, experimental, and documentary. His films have been featured in national publications and screened theatrically via distributors, streaming providers, and festivals and museums around the world, including Beloit International, L.A. Weekly, Indiewire, New Faces New Voices, Village Voice, Buddhist Film Festival Europe, Vice, The Johann Jacobs Museum, and many others.

His pandemic-era films, such as 100 FILMS and AFTER HIGH SCHOOL, source, and direct talent virtually, resulting in what museum curator Roger M. Buergel describes “as an exercise in pattern-reading” and an understanding in “how the pandemic affects…each one of us…as humanity, as a planet, as life.”

Pirooz’s latest documentary feature, SOMETIMES I DREAM IN FARSI, examines a traumatic racist incident in his childhood and how Gestalt Therapy and discussions with friends and family can offer a path forward for children and adults who have had similar experiences. The film world premiered at the 33rd Galway Film Fleadh, was awarded Best U.S. Documentary Feature by the New York Independent Cinema Awards and is currently playing the festival circuit.

Pirooz received his PhD in Media and Communication from  The European Graduate School. His dissertation was on digital media and new hybrids within contemporary Iranian Cinema. His instructors included Terrence Mallick, Wim Wenders, Wendy Brown, and Barbara Hammer. His supervisor was Mike Figgis.

Coinciding with his professional work in film and television, exhibitions, and musical and theatrical performances, Pirooz has continued to teach screenwriting, acting, and film production courses to a diverse array of students around the globe, including UCLA Extension, The American Musical and Dramatic Academy, Yonsei University, The European Graduate School, Compton Community College, Baker College, and Naropa University. He is currently an Assistant Professor of Screenwriting and Film Production at Southern Illinois University – Carbondale.