Professors of Film and Animation at The European Graduate School / EGS. 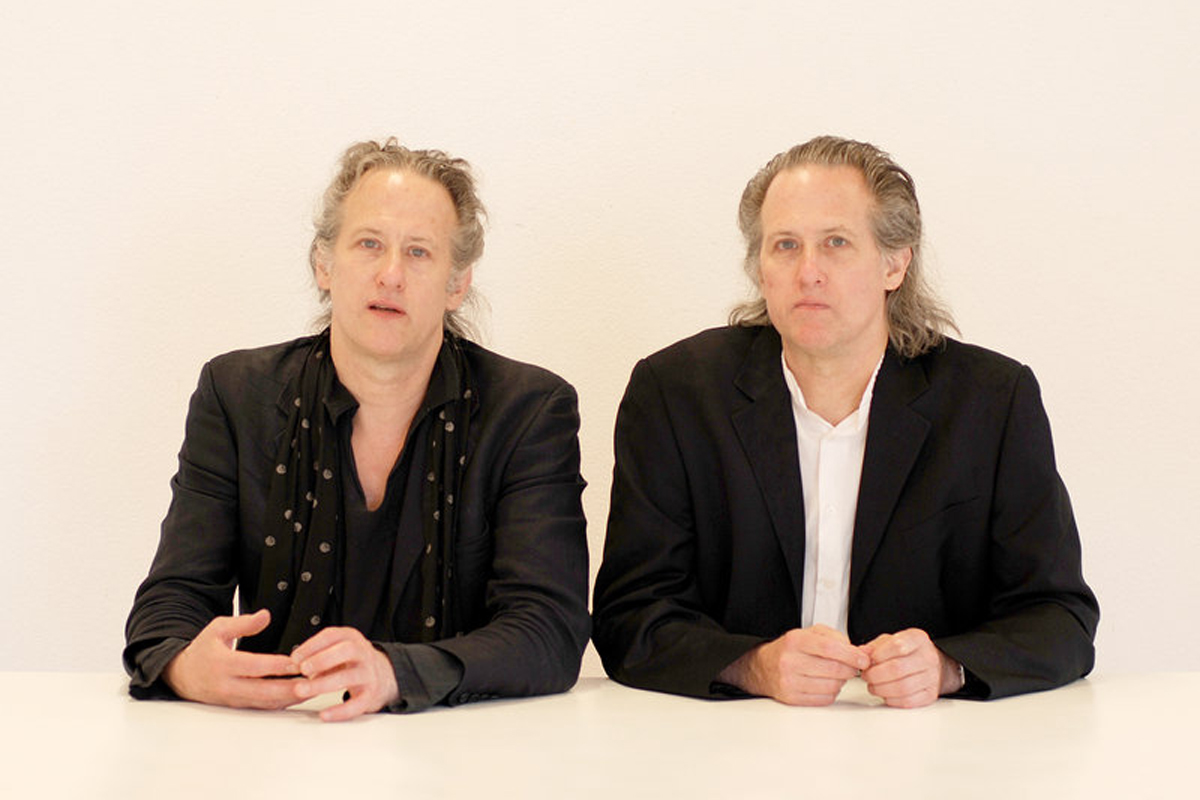 Identical twins Stephen Quay and Timothy Quay (b. 1947), known as the Brothers Quay or the Quay Brothers, are two of the most remarkable filmmakers of our time. Their stop-motion animations have introduced a generation of viewers to a lyrical darkness not often associated with animation. Influenced heavily by Central European writers and artists, their work reflects the dark psychology resulting from a century of industrial warfare, surrealist art, and dialectical politics.

Stephen Quay and Timothy Quay were born in Norristown, Pennsylvania, a town with a significant European immigrant influx, which sparked the brothers’ interest in European culture in general and in Eastern Europe in particular. They attended art school together in the late 1960s, first at the University of the Arts in Philadelphia, and then at the Royal College of Art in London, where they set up their studio and still live and work today. Their works are often called surreal by critics and usually involve inanimate objects coming to life. The brothers collaborate closely on all of their films, both of them acting as directors, screenwriters, cinematographers, and animators. They are both professors of animated film at The European Graduate School / EGS, where they teach an intensive summer seminar in the shape of a workshop.

It was during their studies in Philadelphia that the Brothers Quay took their first film courses and became exposed to the works of directors such as Luis Buñuel, Carl Theodor Dreyer, Andrei Tarkovsky, and Ingmar Bergman. These screenings proved to be incredibly formative for them. As a result, they decided to make their own films, and using a unique method of collage produced several short films and two animation films. After graduating in 1969, they made three animated shorts in England: Der der Loop Loop; Il Duetto; and Palace in Flames. These first movies showed strong influences from a range of Central and Eastern European filmmakers, writers, and musicians, including the Polish animators Walerian Borowczyk and Jan Lenica, the writers Franz Kafka and Robert Walser, the avant-garde Belgian dramatist Michel de Ghelderode, the Russian and French animator Wladyslaw Starewicz, and the Czech composers Leoš Janáček and Zdeněk Liška, as well as the Polish composer Leszek Jankowsk, who later scored many of their films. Further influences include the Polish writer Bruno Schultz, who was shot and killed by a German Nazi officer, and on whose story the Quays’s Street of Crocodiles (1986) is based, as well as the German Dada painter Max Ernst and the Czech filmmaker and puppeteer Jan Švankmajer, who has also influenced the film directors Tim Burton and Terry Gilliam. Stephen and Timothy Quay are such great admirers of his work that they dedicated one of their short films to him, entitled The Cabinet of Jan Švankmajer (1984).

As a piece of perhaps unsurpassed filmmaking, their most famous work to date, Street of Crocodiles, is a twenty-one minute animation film that evokes pre-war Poland as a provincial and mystical land connected to the traditions of history before being destroyed by the German war machine. Shot in a blue and sepia tint, Street of Crocodiles is a glimpse into a mind locked into a frozen, unfinished world, nearly mad yet instantly recognizable. Like a scene of a car accident (or film footage of the Warsaw Ghetto), it is impossible to turn away, yet horrifying to continue watching. In this unfinished world, ordinary items are enlarged and distorted, dolls’ eyes peer out at the spectator, and screws, twisting and turning as though in a mad ballet, remove and insert themselves into pieces of wood. In their later work, the Brothers Quay expanded their use of stop-action filmmaking by combining it with live choreography involving installation and at times even ballet. In The Sandman (2000), a televised ballet starring the Spanish prima ballerina Tamara Rojo and the Soviet-born dancer Irek Mukhamedov, the movements of puppets are reproduced in the jerky staccato forms of the dancers.

In addition to their numerous short films, the Brothers Quay have made two feature films, Institute Benjamenta, or This Dream That One Calls Human Life (1995), and The Piano Tuner of Earthquakes (2005), a free adaptation of the Argentinian writer Adolfo Bioy Casares’s novel The Invention of Morel. They have also done commercial work for the likes of Nikon, Coca-Cola, and MTV, and were involved in animating the music video for Peter Gabriel’s song Sledge Hammer (1986). They have designed sets and projections for opera, drama, and concert performances such as Tchaikovsky’s Mazeppa (1991), Eugène Ionesco’s The Chairs (1997), and Richard Ayre’s The Cricket Recovers (2005). In 1998, they received a Tony nomination and the prestigious Drama Desk Award for Outstanding Set Design for their work on The Chairs.

​The Sandman
The Sandman. Directed by the Quay Brothers and William Tuckett. 2000.

​In Absentia
In Absentia. Directed by the Quay Brothers. 2000.

The Summit
The Summit. Directed by the Quay Brothers. BBC, 1995.

In Absentia
Quay Brothers, and Roberto Aita. “In Absentia.” Off Screen, 2001.

In Absentia
Quay Brothers, and Roberto Aita. “In Absentia.” Translated by Donato Totaro. Off Screen, 2001.