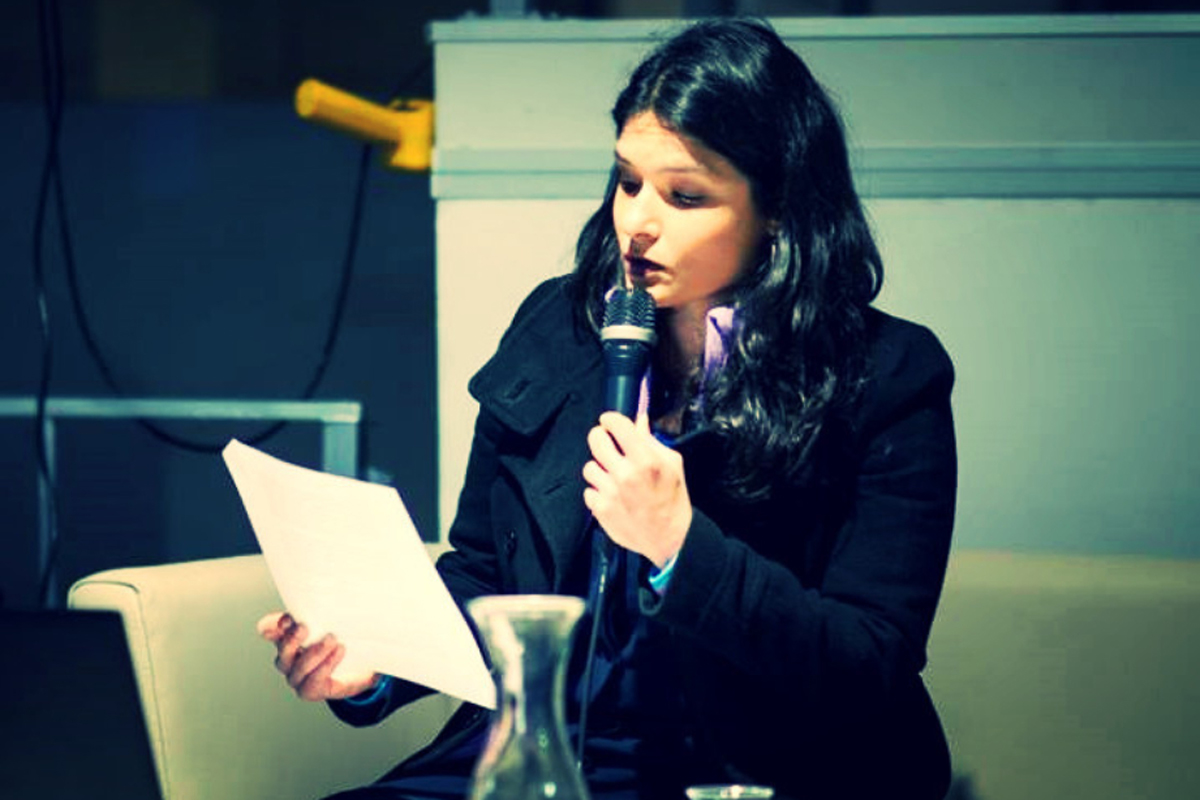 Vesna Madžoski is a theoretician, curator and professor of critical theory based in Amsterdam whose work focuses on the analysis of cultural phenomena through elements and works of visual culture. In essence, she is searching for ways of detecting limits and limitations of human existence, as well as for the means in which to overcome them.

Madžoski’s thesis, entitled De Cvratoribvs. The Dialectics of Care and Confinement (Atropos Press, 2013) focused on curating as a means to investigate power relations and censorship in the presumably open and democratic domain of contemporary art. Starting her analysis in the Roman Empire, when the profession of curators was first established, and comparing it to contemporary arts and contemporary zoos where we encounter this profession today, her analysis strips down curating to its essence. By analyzing large-scale art manifestations which served as platforms for the promotion and recognition of curating, Madžoski gives an overview of the aesthetic and political consequences that the practice of curatorship had in the post-war Europe. What her historical overview makes clear is that what all those various agents have in common is a belief and duty of protecting those considered to be in need of protection; this further opened-up questions of who decides this and where the threshold between care and confinement is. Her book was translated into Turkish (Küratörlük: Koruma ve Kapatmanın Diyalektiği, Koç University Press, 2016), while parts of it were translated into Portuguese, Estonian, Serbian, Italian, etc.

After completing her PhD, Madžoski has received several grants from the Mondriaan Fonds, a leading Dutch foundation for support in the arts, which allowed her to conduct independent research into various topics and issues, from the analysis of the relationship between the work of Aby Warburg and anthropology, the position of Australian Aboriginal culture within the identity politics in contemporary arts, to Michel Foucault’s early writings on dreams and imagination.

As a professor and guest lecturer, Madžoski has presented in more than thirty institutions, from universities, art academies to museums and galleries (such as MIT Boston, Trondheim Art Academy, Leiden University, Kunsthaus Bregenz, ZMO Berlin, BAK Utrecht, De Appel Amsterdam, Stedelijk Museum Amsterdam, etc.). In the period 2015-2017, she held seminars and tutorials as a professor of critical theory at the Master Artistic Research program of the Royal Academy of Art, The Hague.

Parallel to her theoretical work, Madžoski tested her ideas in a practical manner as well, primarily as a member of the Amsterdam-based artists’ initiative Public Space With a Roof since 2016. For their multi-layered projects that combine architectural installations and theoretical research of current issues in the arts, PSWAR received several national awards and exhibited nationally and internationally. From 2000 to 2009, she was one of the editors of the Belgrade-based magazine Prelom – Journal for Images and Politics. Also, she published numerous texts and essays in various international publications. Currently, Madžoski is conducting her new research in the archives of Michel Foucault, focusing primarily on his writings on art and cinema.