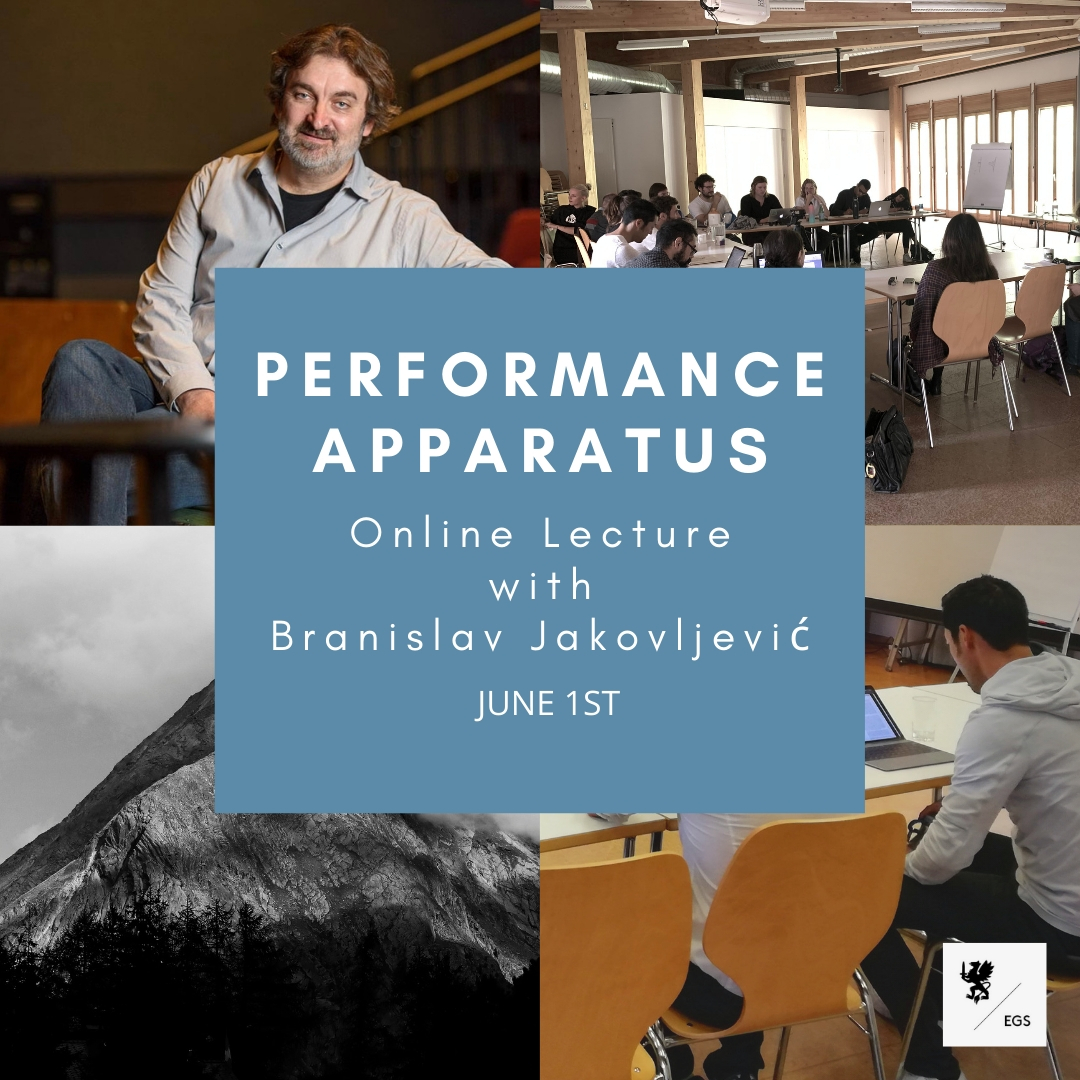 We are happy to announce that the first lecture in the EGS Open Lectures series will be conducted by Professor Branislav Jakovljević from Stanford University.

What is a performance apparatus? If under capitalism the subject is defined in terms ownership, how can art forms that resist objectification redefine our idea of subjectivity? The starting point of this talk is Louis Althusser’s influential essay “Ideology and Ideological State Apparatuses.” Published in 1970, it was one of the seminal texts for the formation of the “apparatus theory” in cinema studies and became a cornerstone for theoretical considerations of the very nature of film as a medium. In cinema studies, apparatus theory posits the cinematic apparatus (from film camera, to process of recording, to the situation of projection on film screen) as a social process that demonstrates the ideological nature of art. This kind of rigorous engagement with the idea of the apparatus has been absent from performance studies. The main argument of this presentation is that in performance art, the apparatus is located outside of the technological and in a different positioning of the theoretical in relation to artistic practice. Instead, it is situated in the broad area of everyday behaviors and practices, which performance artists from the 1970s recognized even if they didn’t define their work in terms of the critique of ideology.

It will be broadcast via Zoom with 100 open spots available.

Zoom participants will be able to pose questions to Professor Jakovljević at the end of his lecture. Applicants will be admitted on a first-come-first-serve basis.

Here is the link for registration:

This event will also be live-streamed on EGS’s official Facebook page: