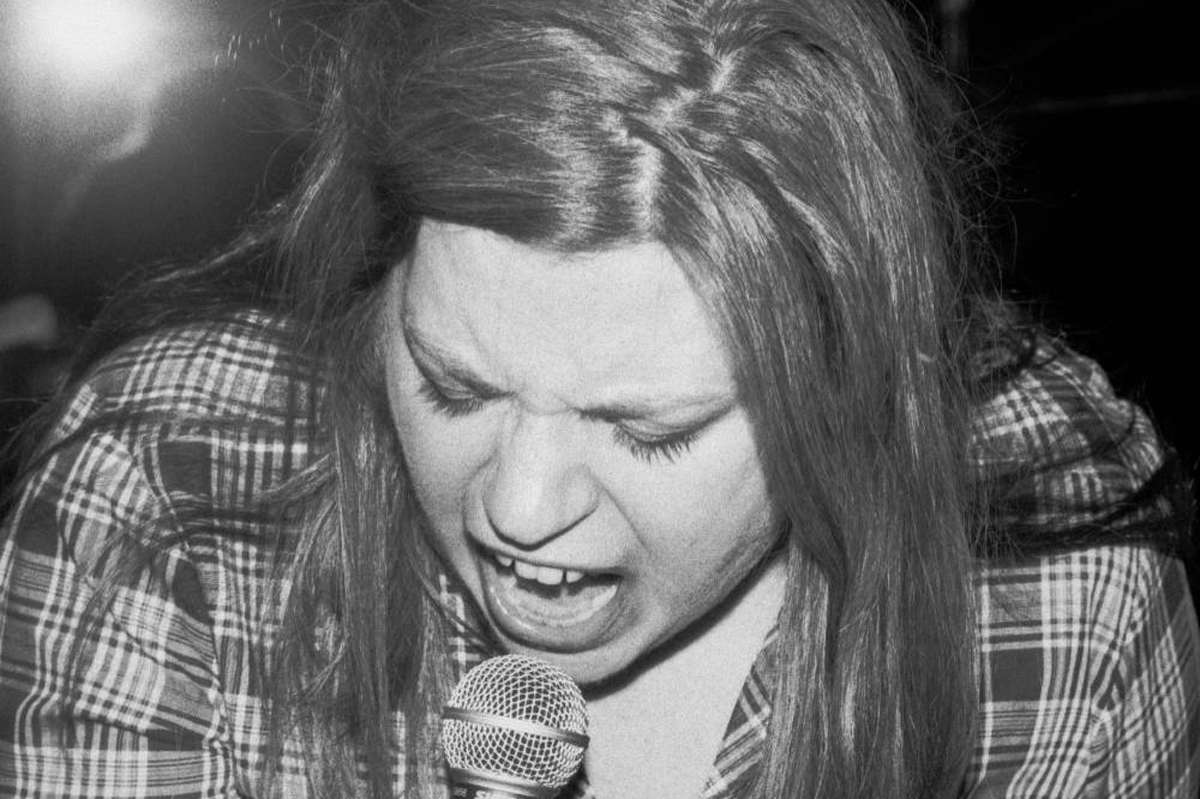 Kathy Slade is currently finishing her Master’s degree and beginning her PhD at The European Graduate School. Slade is an artist based in Vancouver, Canada, who works across disciplines in a variety of media including textiles, sculpture, sound, performance, film, video, print, and publication. Through her practice, Slade points to moments and events in literature, art history, and popular culture from which to reimagine particular temporalities and existing texts, to create looping structures, and to produce remakes that play on repetition and the doublet of original and copy.

Slade’s thesis critically engages the philosophical work of Avital Ronell, Philippe Lacoue-Labarthe, Giorgio Agamben, Walter Benjamin, and Friedrich Nietzsche, alongside the art historical work of Rosalind Krauss as well as the curatorial writings of Dieter Roelstraete and Sven Lütticken. Her text traces strategies of citation, re-presentation, quotation, and copying through works of art and literature such as Laurence Sterne’s The Life and Opinions of Tristram Shandy, Gentleman, Fiona Banner’s The Nam, Andrea Fraser’s Art Must Hang, and Jeremy Shaw’s 10,000 Hits of Black Acid.

Slade was recently commissioned by the Morris and Helen Belkin Gallery at the University of British Columbia to create a textile multiple to address depictions of the woman reader as an artistic genre. This resulted in a series of jacquard woven blankets that will be presented in the exhibition Beginning with the Seventies: GLUT on view at the Morris and Helen Belkin Gallery from January to April 2018. A large painted version of her poster work I WANT IT ALL I WANT IT NOW will be exhibited at the Walter C. Koerner Library at UBC alongside GLUT. In July of 2018 her film Tugboat (2007) will be included in the exhibition It’s Never Too Late to Speculate as part of the series Kunst im Fluc at the Fluc in Vienna.

Other recent projects include: a solo presentation titled Blue Monday at Cullinan Richards project space 4COSE in London, UK (2017); It was a strange apartment; full of books…, a collaborative print installation with poet Lisa Robertson, which was shown at Galerie Au 8 rue saint bon in Paris (2013), at Malaspina Printmakers (2012), and the Audain Gallery (2015) in Vancouver. As guest curator of Mashup: The Birth of Modern Culture at the Vancouver Art Gallery (2016) Slade curated a selection of artists’ publications and wrote a short essay on Lawrence Sterne and John Baldessari.

Slade is Co-director, with Brady Cranfield, of The Music Appreciation Society, a fictitious society that brings visual art and popular music together through panel discussions and listening events, performances, artworks, and publications. Also with Brady Cranfield, she is part of the art band Cranfield and Slade. They have released two LPs on coloured vinyl. These artist record editions are concept albums intended to be considered as both objects and sound carriers. 12 Sun Songs (2009) is a collection of pop song covers about the sun and 10 Riot Songs (2011) is made up of covers of punk songs about rioting.

Aside from her own artists’ publications such as the records and her artists’ books 52 Transactions and Love Poem, Slade publishes the work of other artists and writers. She is the Founding Editor of Emily Carr University Press where she’s published artists’ books, monographs, music projects, and selected writing by UJ3RK5, Rodney Graham, Elspeth Pratt, Dan Graham, Jeff Derksen, and Rita McBride. She is also Associate Editor for JRP|Ringier in Zürich. With her partner Kay Higgins, Slade is Editor and Publisher of Publication Studio Vancouver where she has published books with artists such as Dan Graham, Myfanwy MacLeod, James Hoff, Mina Totino, and poet/EGS student Allison Grimaldi Donahue.

Slade founded READ Books at Libby Leshgold Gallery where she holds the position of Head of Publication and Communication. Slade teaches studio courses and seminars on topics such as art and text, artists’ books and art writing. She is an Adjunct Professor at both