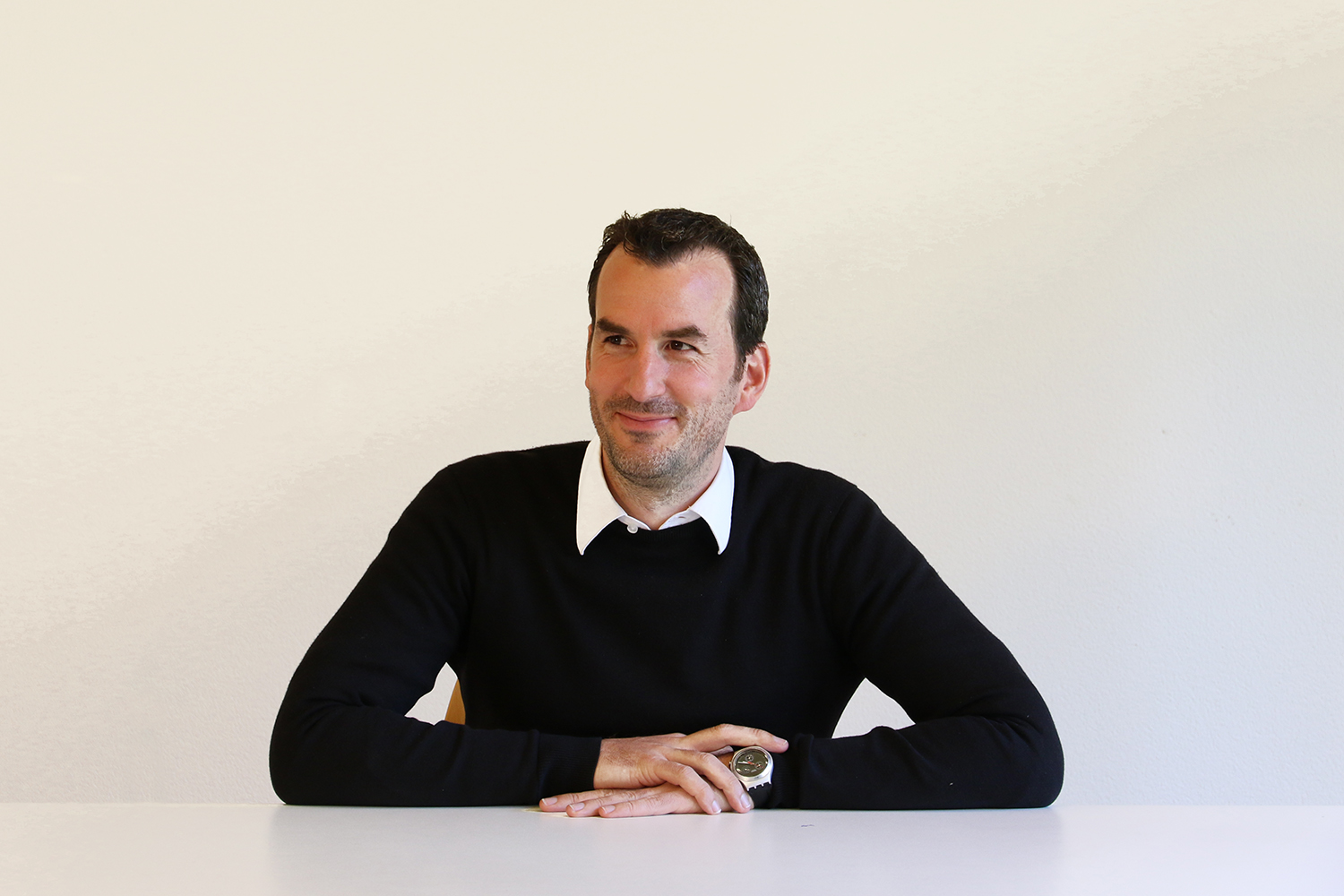 Achim Menges (b. 1975) is a contemporary architect and professor whose research focuses on the development of design processes at the intersection of biomimetic engineering, parametric design, evolutionary computation, and computer-aided manufacturing. His work is based on an interdisciplinary approach in collaboration with structural engineers, computer scientists, material scientists, and biologists.

After studying at the Technical University of Darmstadt in Germany, Menges graduated with honors in 2002 from the Architectural Association School of Architecture in London, where he subsequently taught as Studio Master of the Emergent Technologies and Design Graduate Program from 2002 to 2009, as Unit Master of Diploma Unit 4 from 2003 to 2006, and as a visiting professor from 2009 to 2012. He has acted as a visiting professor at Rice University’s School of Architecture in Houston, Texas, and was Professor for Form Generation and Materialisation at Offenbach University of Art and Design from 2005 until 2008. Achim Menges is currently a professor at the University of Stuttgart, where he is the founding director of the Institute for Computational Design, and a visiting professor in architecture at Harvard University’s Graduate School of Design. His institute is part of the German Competence Network for Biomimetics and the German Competence Network of Computer Science in Architecture. Achim Menges is a member of several prominent international research evaluation boards and a member of numerous scientific committees of peer-reviewed leading international conferences and journals. His work has been exhibited and published in Europe, the United States, and Asia.

One of Achim Menges’s numerous projects was the design and construction of the FAZ Pavilion (2010), a special wood pavilion that was meant to translate the performance rather than simply the form of a biological resource. In Menges’s own words: “The design of the FAZ Pavilion is based on the biomimetic research projects ‘Responsive Surface Structure Phase I’ and ‘Responsive Surface Structure Phase II’ which investigate autonomous, passively actuated surface structures responsive to changes in ambient humidity based on the biological principles of conifer cones. […] This research project explores the possibility of utilizing the dimensional changes of wood induced by changes in relative humidity in the environment. The project aimed at developing a surface structure that adapts the porosity of its skin, and related cross-ventilation, in response to relative humidity without the need for any mechanical control devices.”

In 2002, Achim Menges received the Far Eastern International Digital Architectural Design (FEIDAD) Award for Outstanding Design. The following year, he won the FEIDAD Award for Design Merit, as well as the Archiprix International Award in Istanbul. In 2004, Menges was awarded the Royal Institute of British Architects (RIBA) Tutor Prize. A year later, he was named the International Bentley Educator of the Year. In 2007, he received the Association for Computer Aided Design in Architecture (ACADIA) Award for Emerging Digital Practice.

Achim Menges is the editor of a volume entitled Material Computation: Higher Integration in Morphogenetic Design, Architectural Design (2012), which brings together an impressive array of architects and designers to show that architecture is on the verge of a fundamental change, both intellectually and physically. According to the volume, computational design allows architects to integrate increasingly complex and multifaceted information. While the industrial logic of traditional construction is rapidly ageing in the face of increasingly pervasive computer-operated construction and manufacturing, a new combination of materialization and computing is emerging. The contributors give compelling examples that show how this will bring the physical implementation of architecture and virtual process designs much closer than ever before. Calculations and computations are starting to be able to provide enough information to create a potent sense of agency that can inform the design process through the behavior of materials and their specific features. In turn, these inform the organization of matter and materials at different and multiple scales, grounded on real feedback from the environment. Design and computer integrated processes are enabling the discovery of the inherent morphogenetic potential of materials and thus opening up a largely unexplored field of possibilities for how the built environment of the twenty-first century is designed and practiced. So as to be able to properly present and describe the enabling power of computer design and its links to a biological paradigm, this volume focuses on the formation and realization in nature, integration of computer aided designs, as well as the engineering and integration of manufacture.