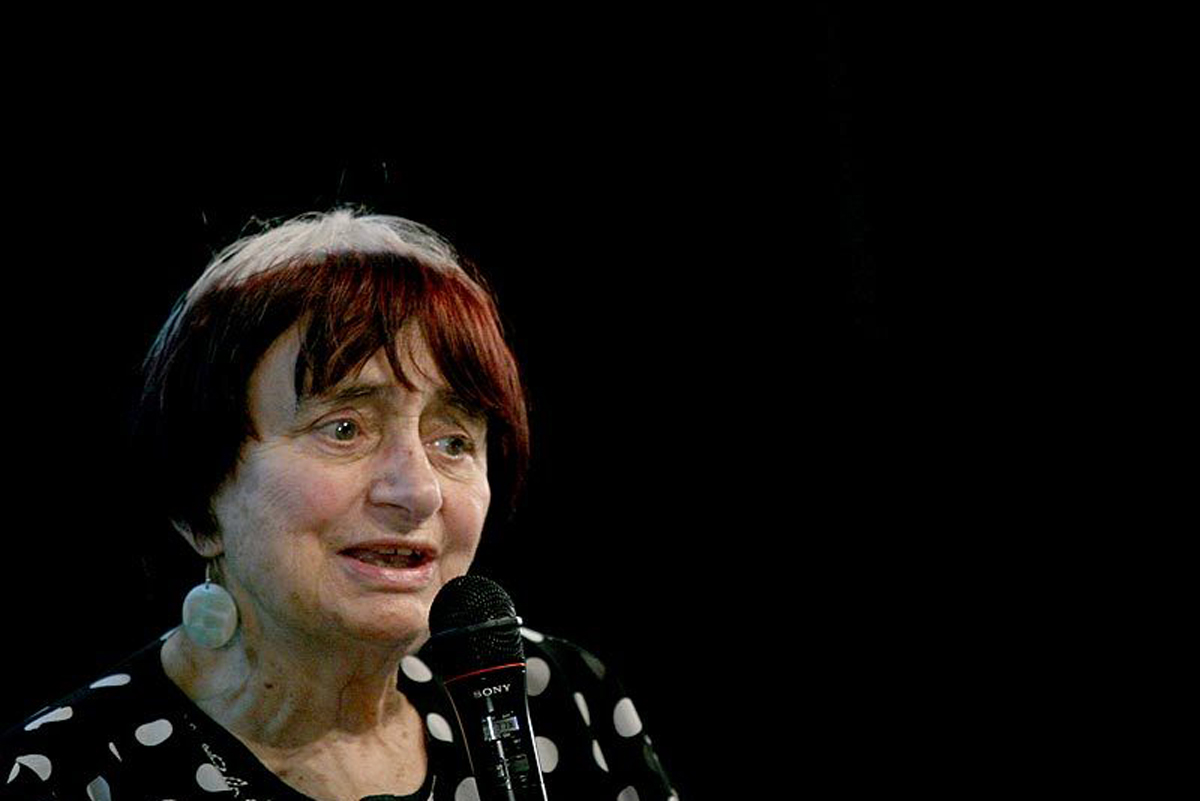 Agnès Varda (30 May 1928 – 29 March 2019) was a photographer, film director, Paris-based key figure in modern film history, and one of the world’s leading filmmakers. Agnès Varda was also a professor of film and documentaries at The European Graduate School / EGS. She was born on May 30, 1928, in Ixelles, Belgium, with the slightly different name of Arlette Varda. Her father is Greek, and her mother is of French origins. She escaped from Belgium in 1940 to go live in Sète, France, with her family where she spent her teenager years. Agnès Varda studied at the École du Louvre with a focus on art history and photography at the École des Beaux-Arts. She then went on to work at the Théâtre National Populaire in Paris as a photographer, which was directed by the famous French actor and filmmaker Jean Villar. In a 2009 interview, speaking about her childhood and how it relates to her career, she shared the following:

“I just didn’t see films when I was young. I was stupid and naïve. Maybe I wouldn’t have made films if I had seen lots of others; maybe it would have stopped me. I started totally free and crazy and innocent. Now I’ve seen many films, and many beautiful films. And I try to keep a certain level of quality of my films. I don’t do commercials, I don’t do films pre-prepared by other people, I don’t do star system. So I do my own little thing.”

While still in Paris, she met her future husband Jacques Demy, also a French actor and filmmaker. Her first feature-length film, La Pointe Courte (1955), which she manage to put together with little money, was an early anticipation of the French New Wave, and it was well received by the French cinema community. It starred Philippe Noiret and Silvia Monfort, both of whom would become critically-acclaimed French actors. Over the years, she has received many prizes for her work. For example, in 2002, Agnès Varda was the recipient of the prestigious French Academy prize, Prix René Clair, for her overall cinematographic work. On April 12, 2009, she was given the highest French decoration: the National Order of the Legion of Honour. On September 22, 2010, she received an honorary degree from Liège University in Belgium. Agnès Varda is one of the rare directors to have come out of the Nouvelle Vague (New Wave), and yet she never rejects any attempts at labeling her.

Agnès Varda’s work is often connected to the French New Wave, and her early films were clear precedents for the stylistic tendencies which the New Wave directors delineated. However, her work remains particular to her own unique perspective on the world, resisting the paradigms of movements in art and film. The themes and issues in her films focus on eroticism and age, death and time, the collective unconscious, and the presentability of social taboos. Her work is distinct from the French New Wave also for its crossing of genres, as she is known as much for her documentaries and shorts as for her feature-length dramas. Not limiting herself to the borders of France, her films have been shot in a variety of locations, including the United States, Cuba, and Iran.

The documentary form is simultaneously utilized and deconstructed in Agnès Varda’s films. While many of her films are considered to be proper documentaries, their fundamental undermining of the objectivity of the documentary form, their blending of seriousness and play, as well as the introduction of subjectivity bring her films into an entirely different category. The subjective factor is something which Agnès Varda does not turn away from or try to cover up, as she readily integrates herself into her films. One example is in the film Uncle Yanco (1967), in which she is having dinner with her Uncle Yanco and she gestures to one of the dinner guests to shut off the camera. This moment, which is kept in the final cut, is a point where documentary and narrative cross and are no longer distinguishable.

Between 1968 and 1970, she lived in Los Angeles and made a Hollywood hippy movie called Lions love. She is the first director to become interested in Harrison Ford. It is also during this time that she met the Lizard King, Jim Morrison, lead singer of The Doors. In fact, she ended up being one of the rare people to have been at Morrison’s funeral in Paris’ cemetery Père-Lachaise in 1971. Once back in France, she directed an optimistic feminist movie: L’une chante, l’autre pas (1977). In 1971, she is one of the 343 women to have signed the “Manifesto of the 343,” thereby admitting to have had an abortion and making themselves vulnerable to possible prosecution. Varda went back to live in Los Angeles from 1979 to 1981 and during that time made two documentaries: Murs, murs and Documenteur.

One of Agnès Varda’s more controversial films is Kung-Fu Master (1987). This work is a fictional film, though the casting of the main characters draws an interesting parallel with reality. In a fearless way, the film tells the story of an adult woman who falls in love with a young boy named Julien. The woman is played by Agnès Varda’s friend Jane Birkin, and the boy is played by Agnès Varda’s son. After the death of Jacques Demy, her husband, in 1990, she made three films as a tribute: the fiction Jacquot de Nantes (1991), and two documentaries, Les demoiselles ont eu 25 ans (1993), and L’Univers de Jacques Demy (1994). In 2000, her movie Les Glaneurs et la Glaneuse is another important moment of her career because for the first time she uses a digital camera. This allowed her to make—on her own—an important work on gleaning, which was very well received by both critics and the general public. Two year years later she made a sequel entitled Les Glaneurs et la glaneuse… deux ans après (2002).

Alison Smith dedicated a whole book to researching Varda simply entitled Agnès Varda (1998), where the work of the French filmmaker in the past 40 years is celebrated.

The Things We Leave Behind 6/6

The Things We Leave Behind 5/6

The Things We Leave Behind 4/6

The Things We Leave Behind 3/6

The Things We Leave Behind 2/6

The Things We Leave Behind 1/6