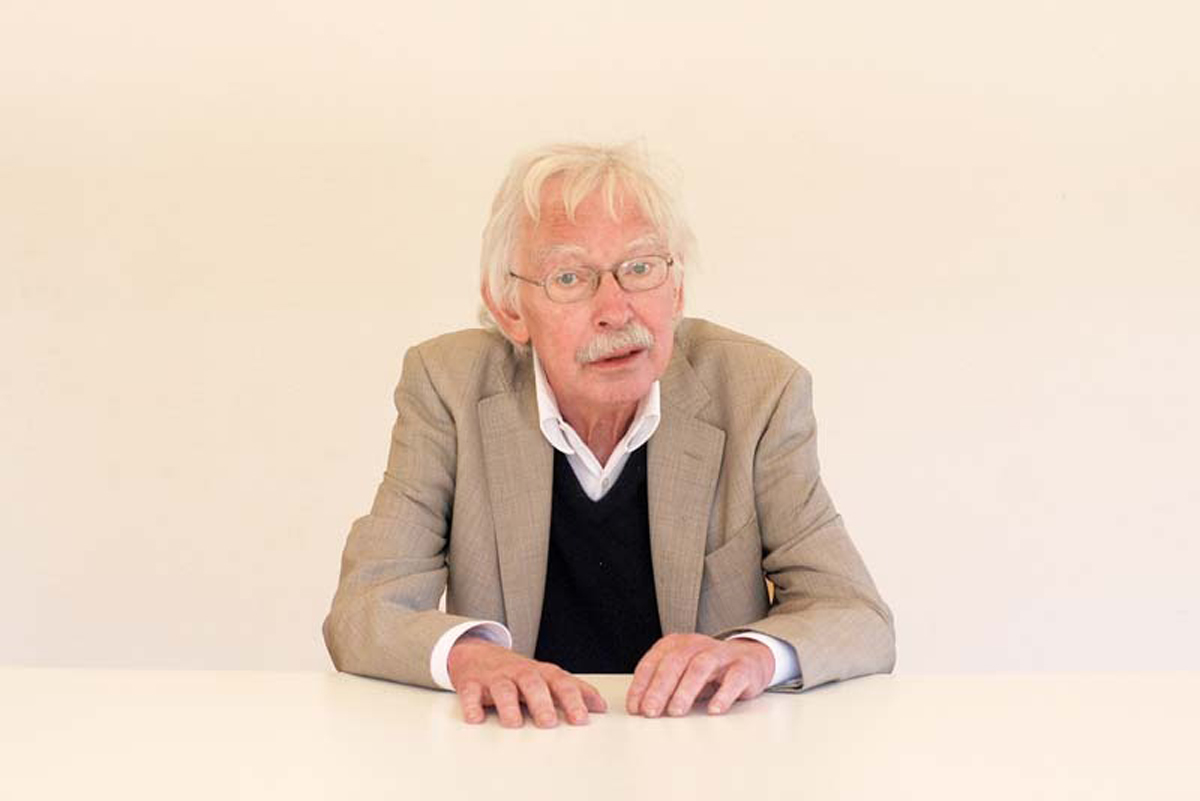 Friedrich Adolf Kittler, Ph.D., was a literary scientist and media theorist. He was born in 1943 in Rochlitz, Saxony (Germany) and he died on October 18, 2011 in Berlin (Germany). His research and work is focused on media, history, communications, technology, and the military. Friedrich Kittler has been called the Derrida of the digital age. His innovative media theories have transformed the nature of technological scholarship and led the way in the field. Kittler is an innovative and hard to define theorist, who has pushed theoretical works of literary scholars into technological fields with unprecedented modes of critical thought. Through his unique brand of media determinism his work is influencing new generations of students across the world.

In 1958 his family fled the German Democratic Republic, heading to West Germany. While living in West Germany during the years of 1958 to 1963, Fredrich Kittler studied natural sciences and modern languages at Naturwissenschaftlich-neusprachliches Gymnasium in Lahr, in the Black Forest. Later, Friedrich Kittler studied German Studies, Romance Languages and Philosophy at Albert-Ludwigs-Universität in Freiburg/Breisgau. In 1976, he earned his Ph.D. with a dissertation on Conrad Ferdinand Meyer. During his studies, he was influenced by Jacques Lacan’s and Michel Foucault’s writings.

From 1986 – 1990, Friedrich Kittler headed the DFG’s Literature and Media Analysis project in Kassel. In 1987, he was appointed Professor of Modern German Studies at the Ruhr University. In the same year he started working as a Professor of German at the University of Bochum (Ruhr-Universität Bochum) until he was appointed to the chair for Aesthetics and History of Media at the Humboldt-University, Berlin in 1993.
In 1993, Friedrich Kittler was awarded the ‘Siemens Media Arts Prize’ (Siemens-Medienkunstpreis) by ZKM Karlsruhe (Zentrum für Kunst und Medientechnologie, or ‘Center for Art and Media’) for his research in the field of media theory. From 1995–97, he headed a Federal Research Group on Theory and History of Media. He was recognized in 1996 as a Distinguished Scholar at Yale University and in 1997 as a Distinguished Visiting Professor at Columbia University in New York. Friedrich Kittler is a member of the Hermann von Helmholtz Centre for Culture and the research group ‘Bild Schrift Zahl’ (‘Picture Writing Number’) (DFG).

Friedrich Kittler sees an autonomy in technology and therefore disagrees with Marshall McLuhan’s reading of the media as ‘extensions of man’: Media are not pseudopods for extending the human body. They follow the logic of escalation that leaves us and written history behind it.

Friedrich Kittler comments on film and novel as media:

The human sciences of the nineteenth century such as statistics, administration, cameralistics, and so forth are carried over by Goethe, as we’ve said, into the literature. The novel takes part in the development and rise of the new sciences of the eighteenth century, for example, population administration, in contrast to the old sciences like medicine and other medieval faculties. The whole experimental research of the nineteenth century attempts to find out how one can measure and record movement. I am still interested today in the development of the gramophone and the early telegraph’s stylus, as a means in the first place of recording natural phenomena which are too fast to be observed. Film dealt in the beginning with recording the movement of bodies. A science which no longer dealt with individuals or subjects, as the administrative sciences of the nineteenth century had done, but rather with naked bodies, joined up with the new medium film. The sciences that deal in turn with the organization and control of the individual, require the bourgeois subject. Media theory can dispense with the notion of ‘man’ left over from the human sciences.

“Lacan was the first (and last) writer whose book titles only described positions in the media system. The writings were called Writings, the seminars, Seminar, the radio interview, Radiophonie, and the TV broadcast, Television.”

Within Gramophone, Film, Typewriter, Kittler is dealing with Lacanian theory in interesting and precise ways. Kittler derives Lacan’s real, imaginary and symbolic from the data channels of the phongoraph, cinema and typewriter. His ability to apply theoretical concepts to technology is what makes him one of Germany’s most relevant philosopher’s of today. His work is inspirational and fundamental to computer scientist and media philosophers alike. Through a truly unique blend of inter-disciplinary research and tight theoretical weaving, Kittler’s work crosses boundaries.

From Consonants to Vowels: From Semitic and Indo-European to Greek

Signs and Script: Greek and Roman World I

Introduction and the Ancient World

Computing, Ubiquity and the One Single Medium

Electricity, Electronics and the March of Technology

The Relation of Art and Techne 6/6

The Relation of Art and Techne 5/6

The Relation of Art and Techne 4/6

The Relation of Art and Techne 3/6

The Relation of Art and Techne 2/6

The Relation of Art and Techne 1/6