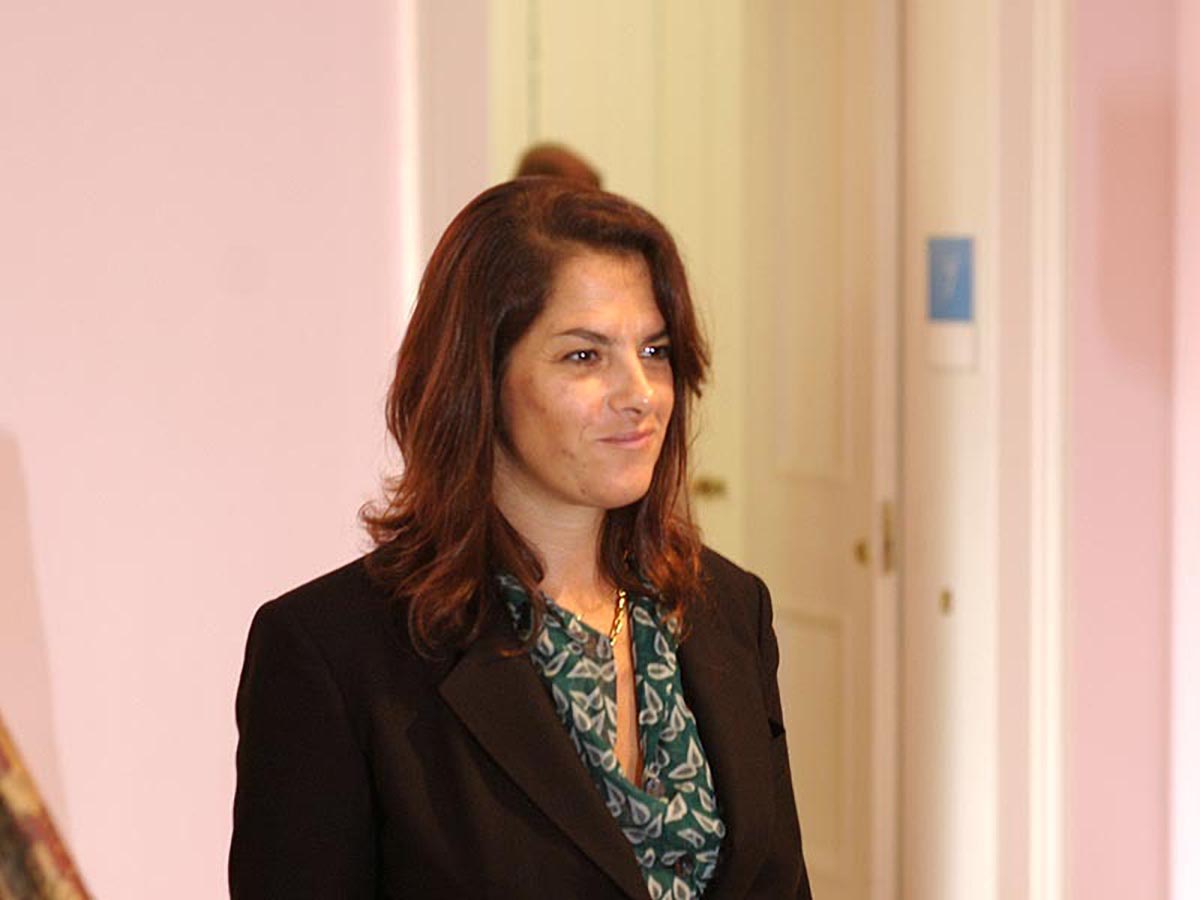 Tracey Emin (b. 1963 in Croydon, UK) is an English artist working across different mediums including painting, drawing, video, installation, and photography.

In 1989, Emin received an MA in painting from the Royal College of Art (London), where she was awarded an honorary doctorate in 2007; she also briefly studied philosophy at Birkbeck University, London.

While the former piece, displayed at the Charles Saatchi‘s Sensation exhibition at the Royal Academy in London, shows a tent with the names of everyone she had ever shared a bed with (102 in total), the installation My Bed, exhibited at Tate Gallery, portrays her stained bed in which she had spent over a week: “This raw presentation of the most intimate corner of her life has become the hallmark of Emin’s practice, which encompasses drawing, painting, sculpture, video and installations, all with an intensely personal touch that focuses on the artist’s body, autobiography and confession.” [1]

In 1999, Emin was nominated for the prestigious Turner Prize; in the same year, she had her first solo exhibition in the United States (Every Part of Me’s Bleeding, Lehmann Maupin Gallery, New York).

Emin represented Great Britain at the Venice Biennale in 2007 with Borrowed Light, a work she described as her “most feminine body of work so far, very sensual but at the same time it is graphically sharp. It is both pretty and hardcore. For me, as an artist, what’s important is to cover everything from the emotional to the literal, and sometimes that means I give myself a very hard time.” [2]

The first retrospective of her work, entitled Tracey Emin: 20 Years, took place in 2008 at the Scottish National Gallery of Modern Art, Edinburgh.