Alenka Zupančič: Civilization and its Discontents 2.0 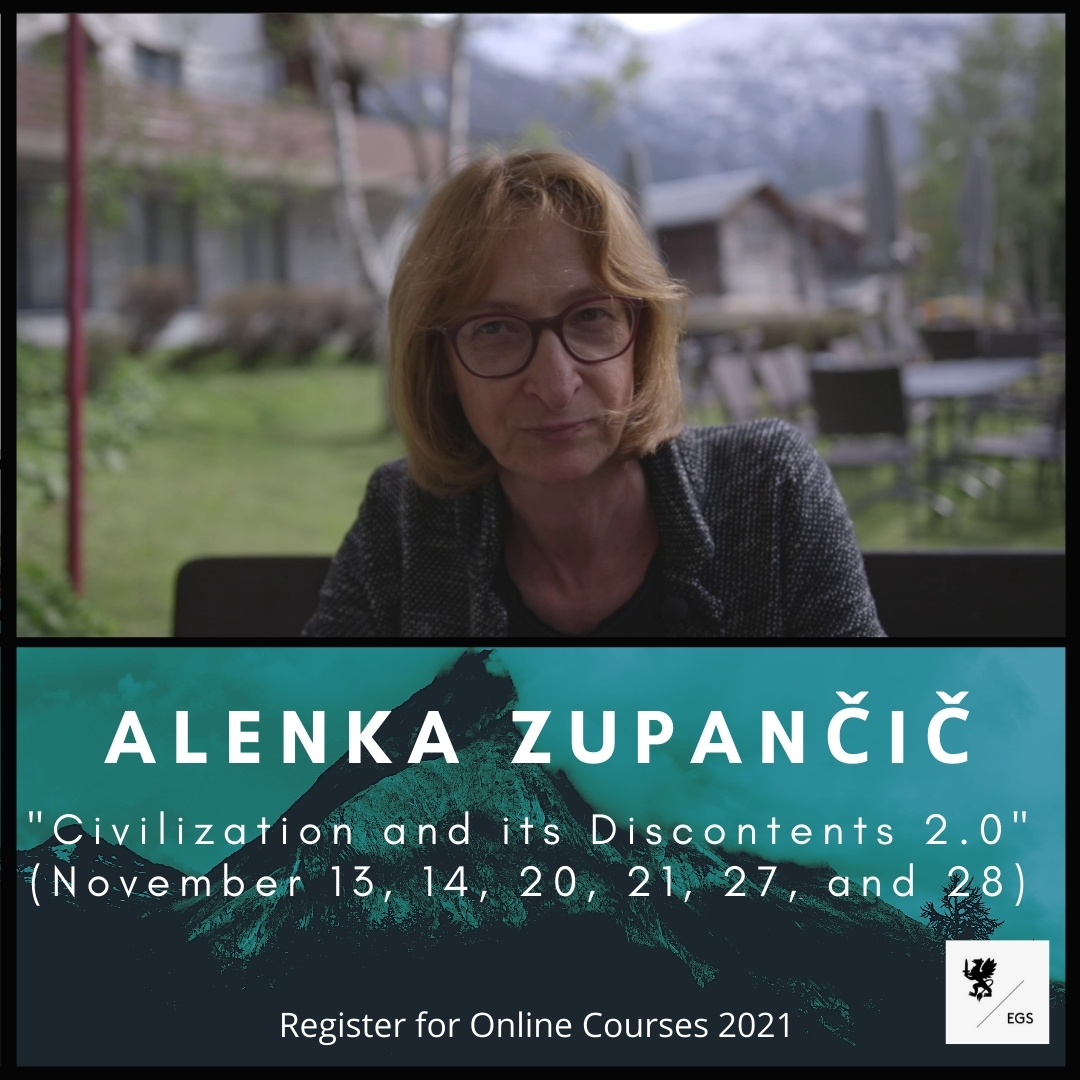 Freud’s book Das Unbehagen in der Kultur (Civilization and its Discontents) was published in 1930, and the title sums up very well the growing social malaise that was soon to explode in no less than a world war. Freud was not concerned with the political dimension of this discomfort, at least not directly, but he explicitly put the social at the very heart of the investigation of individual psychology. The seminar borrows the title of Freud’s essay in order to pursue under its heading two main lines of investigation. The first will be concerned with a general philosophical and psychoanalytic interrogation of subjectivity in its relation to the social: how to think the concept of the subject as intrinsically social, without conceiving it simply as effect of some fundamentally non-subjective process. The second line of investigation will focus on some particular contemporary social phenomena, and read them in a broader philosophical, psychoanalytic and political context. To mention just a few of these phenomena: systematic disavowal of major social antagonisms, emergence of a new kind of populist masters, functioning and normalization of conspiracy theories. These shifts in the social are not only of political interest, but also of philosophical and psychoanalytic interest, and will be addressed as such. Special attention will be given to how the concepts of “symptom” and “fantasy” can be deployed in this new context, and how this affects the contemporary topology of the unconscious and the forms of repression.

Apply for MA or PhD studies at the EGS here.

If you are a matriculated student, register for your seminars here.

Register for Alenka Zupančič’s seminar Civilization and its Discontents 2.0 as auditor here.