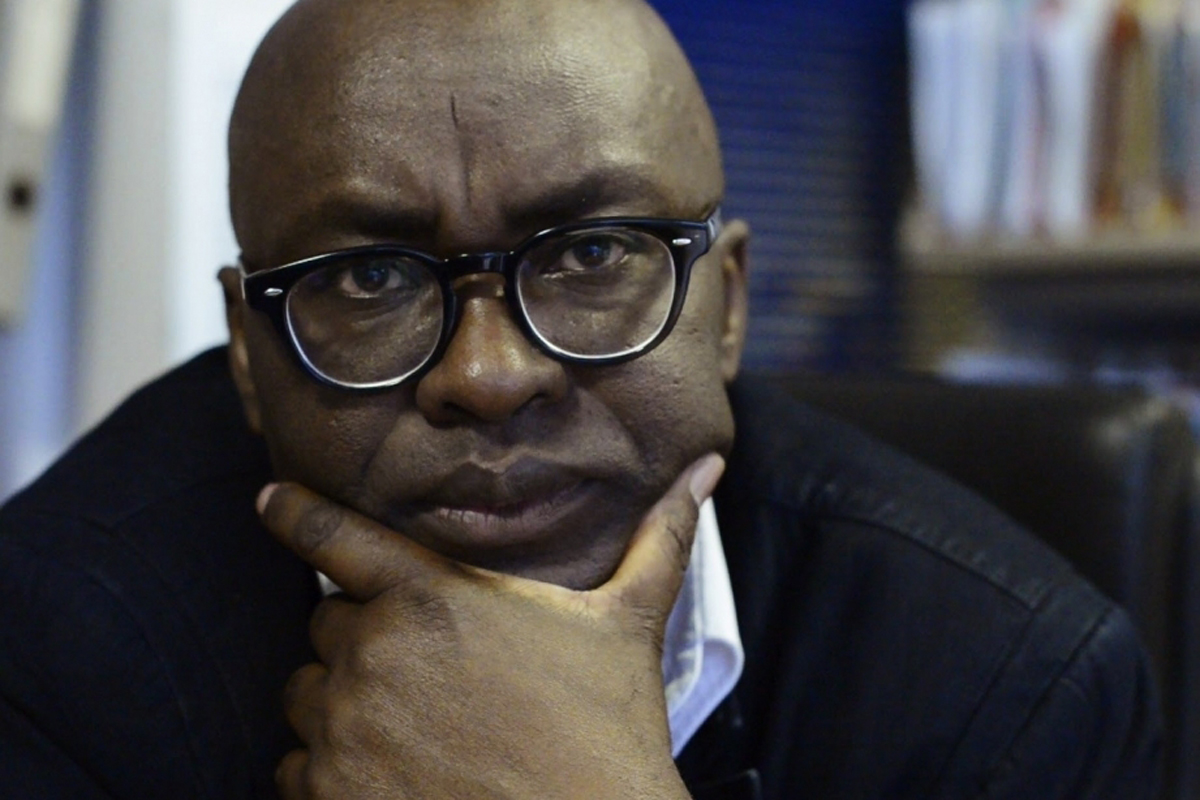 Achille Mbembe (b. 1957) is a philosopher, political scientist, and public intellectual. He obtained his doctoral degree at the Université Paris 1 (Panthéon-Sorbonne) in 1989 and subsequently obtained the D.E.A. in Political Science at the Institut d’études politiques, Paris. During his time in France, Jean-Marc Ela, Jean Leca and Jean-François Bayart had a profound influence on him. Mbembe is a Research Professor of History and Politics at the Wits Institute for Social and Economic Research in Johannesburg, South Africa and a Visiting Professor in the Department of Romance Studies at the Franklin Humanities Institute, Duke University. He has also held appointments at Columbia University, Berkeley, Yale University, and the University of California.  In the spring of 2016, he will be a visiting professor at Harvard University.

Achille Mbembe’s research interests lie in the social sciences and African history and politics. More precisely, Mbembe investigates the “postcolony” that comes after decolonization. He is especially interested in the emergence of “Afro-cosmopolitan culture,” together with the artistic practices that are associated with it. However, he has also critically explored the notion of Johannesburg as a metropolitan city and the work of Frantz Fanon.

In On the Postcolony, Mbembe attempts to renew and reinterpret our understanding of power and subjectivity in contemporary Africa and to subvert some key assumptions of postcolonial theory. He claims that Africa is no longer the “colony” that Frantz Fanon described in his work Wretched of the Earth. The central gesture of Mbembe’s work is to identify societies that recently emerged from the experience of colonization and the violence that is the main characteristic of this experience. The goal of his work is to change the perception of Africa and to move away from the dead-end of postcolonial theory to a more dynamic way of thinking that will take into account the complexities of post-colonial Africa. In his interview with the French magazine Esprit, Achille Mbembe describes his book in the following way: “In many respects my book adopts a different approach from that of most postcolonial thinking, if only over the privileged position accorded by the latter to questions of identity and difference, and over the central role that the theme of resistance plays in it. There is a difference, to my mind, between thinking about the “postcolony” and “postcolonial” thought. The question running through my book is this: “What is ‘today’, and what are we, today?” What are the lines of fragility, the lines of precariousness, the fissures in contemporary African life? And, possibly, how could what is be no more, how could it give birth to something else? And so, if you like, it’s a way of reflecting on the fractures, on what remains of the promise of life when the enemy is no longer the colonist in a strict sense, but the “brother”? So the book is a critique of the African discourse on community and brotherhood.”

Mbembe is also a contributing editor of the journal, Public Culture, where he published the influential article “Necropolitics” (2003). In this article, he argues that the concept of biopower, as Foucault understands it, becomes incapable of addressing the contemporary forms of domination, subjugation, and violence. According to Foucault, biopower refers to the sovereign exercise of the power to determine who will live and die. The essential feature of biopower is its inherent racism because it aims to establish boundaries and divides people into categories and subcategories. In “Necropolitics”, Mbembe examines sovereign exercise in cases where “the generalized instrumentalization of human existence and the material destruction of human bodies and populations is the central project of power, rather than autonomy.” Since we no longer inhabit the world where regimes govern bodies through the inscription of disciplinary technologies, necropower and necropolitics are presented as alternatives to biopower and biopolitics. This happens because, according to Mbembe: “Today, in many instances, the commandment (of disciplinary power) has been replaced by a new form of sovereign power: ‘necropower’. Why necropower? Well, because the ultimate site of deployment of this new form of sovereignty is no longer the body as such, but the dead body of the ‘civilian’. Necropower is wielded both by states and by what, following Deleuze and Guattari, we should call ‘war machines’. War machines are made up of segments of armed men that split up, merge and superimpose each other depending on the circumstances. Polymorphous and diffuse organizations, war machines are characterized by their capacity for metamorphosis. They combine a plurality of functions and operate through capture, looting and predation.” Discussing the examples of Palestine, Africa, and Kosovo, Mbembe shows how the power of sovereignty now becomes enacted through the creation of zones of death where death becomes the ultimate exercise of domination and the primary form of resistance.

“Life Futures and the Future of Reason”

“The Idea of a World Without Borders”

Rethinking Democracy Beyond the Human

Technologies of Happiness in the Age of Animism