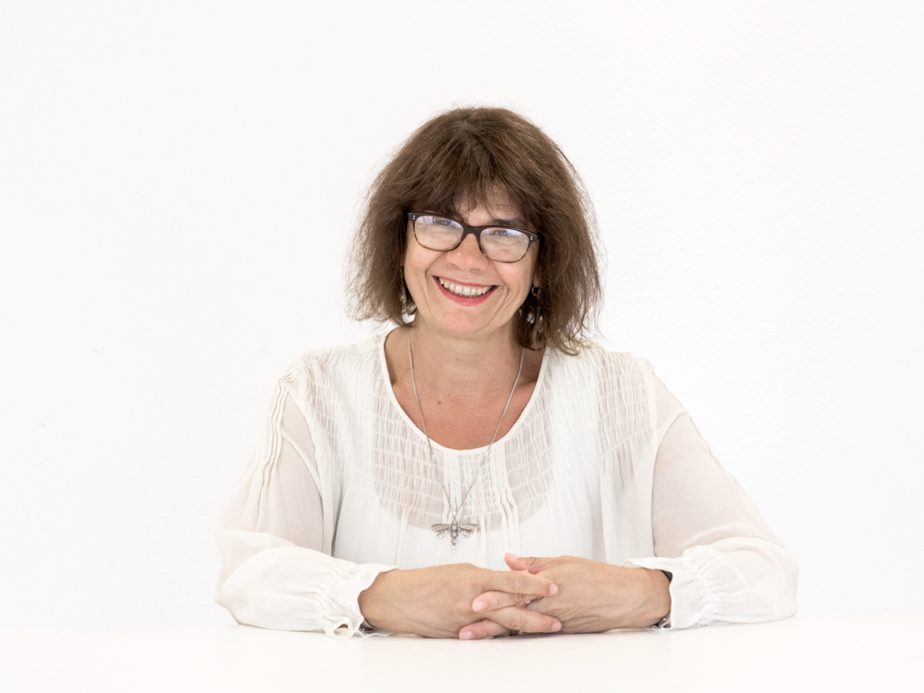 Catherine Malabou (b. 1959) is a French philosopher. She is a professor of philosophy at The European Graduate School / EGS and professor of modern European philosophy at the Centre for Research in Modern European Philosophy (CRMEP) at Kingston University, London. She is known for her work on plasticity, a concept she culled from Hegel’s Phenomenology of Spirit, which has proved fertile within contemporary economic, political, and social discourses. Widely regarded as one of the most exciting figures in what has been called “The New French Philosophy,” Malabou’s research and writing covers a range of figures and issues, including the work of Hegel, Freud, Heidegger, and Derrida; the relationship between philosophy, neuroscience, and psychoanalysis; and concepts of essence and difference within feminism.

Born in Sidi Bel Abbès, Algeria, Catherine Malabou began her advanced studies at the Université Paris-Sorbonne before attending the prestigious École normale supérieure de Fontenay-Saint-Cloud, where, in 1994, she submitted her dissertation on G.W.F. Hegel under the direction of Jacques Derrida. Her thesis was published in 1996 under the title L’avenir de Hegel: Plasticité, temporalité, dialectique (The Future of Hegel: Plasticity, Temporality and Dialectic, 2005) with a long preface by Derrida, whom she would later co-author La Contre-allée (1999; Counterpath, 2004). Before arriving at Kingston University, Malabou became assistant professor at the Université Paris Ouest Nanterre in 1995 and, as a frequent lecturer in the USA, has taught at UC Berkeley, The New School in New York City, New York State University at Buffalo, the University of Wisconsin in Madison, UCLA, Johns Hopkins, and, most recently, UC Irvine.

Catherine Malabou’s philosophical work forges new connections and intellectual networks that imaginatively leap across existing synaptic gaps between, for example, continental philosophy and neuroscience; the philosophy of neuroscience and the critique of capitalism; neuroscience and psychoanalysis; and continental and analytic philosophy (notably Kant). As well, her work is explosive and iconoclastic, shattering perceived understandings of Hegel, feminism and gender, and the implications of post-structuralism.

Starting with her 2004 book, Que faire de notre cerveau? (What Should We Do With Our Brain?, 2009), Catherine Malabou has argued passionately and provocatively for a connection between continental philosophy and empirical neuroscience. She centers her argument on a highly original interpretation of the concept of plasticity, an interpretation that she first uncovered in her reading of Hegel’s dialectic. Plasticity refers to the capacity both to receive form and to give form. Although the concept of plasticity is central to neuroscience, Malabou’s work shows that neuroscientists and lay people often misunderstand the basic plasticity of the brain, succumbing to an ideology that focuses solely on its capacity to receive form, that is, the capacity of the brain to be shaped in and through its experience of the world to the exclusion of its creative, form-giving power. In other words, the reigning ideology that governs both the neuroscientific community and the broader culture substitutes flexibility for plasticity, and flexibility, Malabou warns us, “is plasticity minus its genius.” The emphasis on flexibility also fits all too neatly with the demands of capitalism under neoliberalism, which demands efficiency, flexibility, adaptability and versatility as conditions of employability in a post-Fordist economy. The creative, form-giving power of the brain—its genius—consists in its explosive capacity, a capacity that unleashes new possibilities, and herein also lies the capacity for resistance. In her conclusion, Catherine Malabou writes: “To ask ‘What should we do with our brain?’ is above all to visualize the possibility of saying no to an afflicting economic, political, and mediatic culture that celebrates only the triumph of flexibility, blessing obedient individuals who have no greater merit than that of knowing how to bow their heads with a smile.”

In 2005, Malabou published La plasticité au soir de l’écriture: Dialectique, destruction, déconstruction (Plasticity at the Dusk of Writing: Dialectic, Destruction, Deconstruction, 2009). As described by Clayton Crockett in the book’s preface, Malabou’s text is “at once an intellectual autobiography, a highly condensed summa, and an explosive manifesto […].” Again, taking her cue from Hegel’s plasticity, Malabou also culls Heidegger’s ontological exchangeability, and Derrida’s notion of writing, as well as that of Emmanuel Levinas, Claude Lévi-Strauss, and Sigmund Freud, through which she rereads—and rewrites—them, offering a new springboard for deconstruction. Contrasting the concept of plasticity against the graphic, and the trace, privileged by Derrida, and the latter as well in Levinas, Malabou contends that “plasticity is able to momentarily characterize organization of thought and being” and that “we should certainly be engaging deconstruction in a new materialism.” For Malabou, “‘the event,’ of justice and democracy is not fixed but susceptible to human action.”

In four essays, all of which are addressed to Derrida, Catherine Malabou addresses the theme of feminism and politics in Changer de différence le féminin et la question philosophique (2009; Changing differences, 2011), investigating what it means to be a “woman philosopher.” Her starting point is that both feminism and deconstruction postulate that there is no feminine essence. Avoiding both essentialism as well as anti-essentialism, Malabou argues that it is precisely because woman has no essence––or rather: because her essence is empty––that she has a resistant essence, an essence that is resistant to its own disappearance. Thus, she seeks “recognition for a certain feminine space that seems impossible, yet is also very dangerous to try to deny.”

Writing with Judith Butler, the two published Sois mon corps: Une lecture contemporaine de la domination et de la servitude chez Hegel in 2010, which could be translated as “You Be My Body For Me, For, Corporeity, Plasticity in Hegel’s Phenomenology of Spirit.” Who has not ever dreamed or feared, desired or dreaded to delegate one’s body; to ask or order someone else to be one’s body, carry it in one’s place, feed it, cultivate it, shape it––the two thinkers ask. According to Butler and Malabou, such a request and order are those the master gives the slave in Hegel’s The Phenomenology of Spirit. Here the dialectic of domination and servitude must be understood as a scene of delegation and denial of the body. They then also ask two opposite yet related questions: do we ever manage to completely detach ourselves from our bodies? Or: are we ever completely attached to it? In addition to Hegel, Butler and Malabou respond and examine these issues through additional readings of Derrida, Michel Foucault, and Alexandre Kojève.

In her recent work, including two books published in English in 2012, Ontology of the Accident: An Essay on Destructive Plasticity (Ontologie de l’accident: Essai sur la plasticité destructrice, 2009) and The New Wounded: From Neurosis to Brain Damage (Les nouveaux blessés: De Freud à la neurologie, penser les traumatismes contemporains, 2007), Catherine Malabou explores the notion of destructive plasticity, tracing it through Western philosophy and literature to rethink the relationship between psychoanalysis and neuroscience. Destructive plasticity, as it plays out in psychic and physical trauma, not only provides Malabou with a materialist and naturalistic way of rethinking the death drive––as a material inscription of the death drive in the brain––it also makes possible a radical reconceptualization of identity.

Her latest book, Avant demain. Épigenèse et rationalité, was published in 2014. Currently, she is preparing the publication of the Wellek Lectures, which she delivered at UC Irvine in 2014, on “Metamorphoses of Intelligence,” and is working on a critical approach of immanence, implying a new reading of Spinoza. Malabou also manages a philosophy book series for the French publisher Éditions Léo Scheer.

The Form of an ‘I’
Malabou, Catherine. “The Form of an ‘I’.” In Augustine and Postmodernism: Confessions and Circumfessions, edited by John D. Caputo and Michael J. Scanlon. Indiana University Press: 2005. ISBN: 0253345073

“Philosophy and the Outside”