Professor of Film and Video at The European Graduate School / EGS. 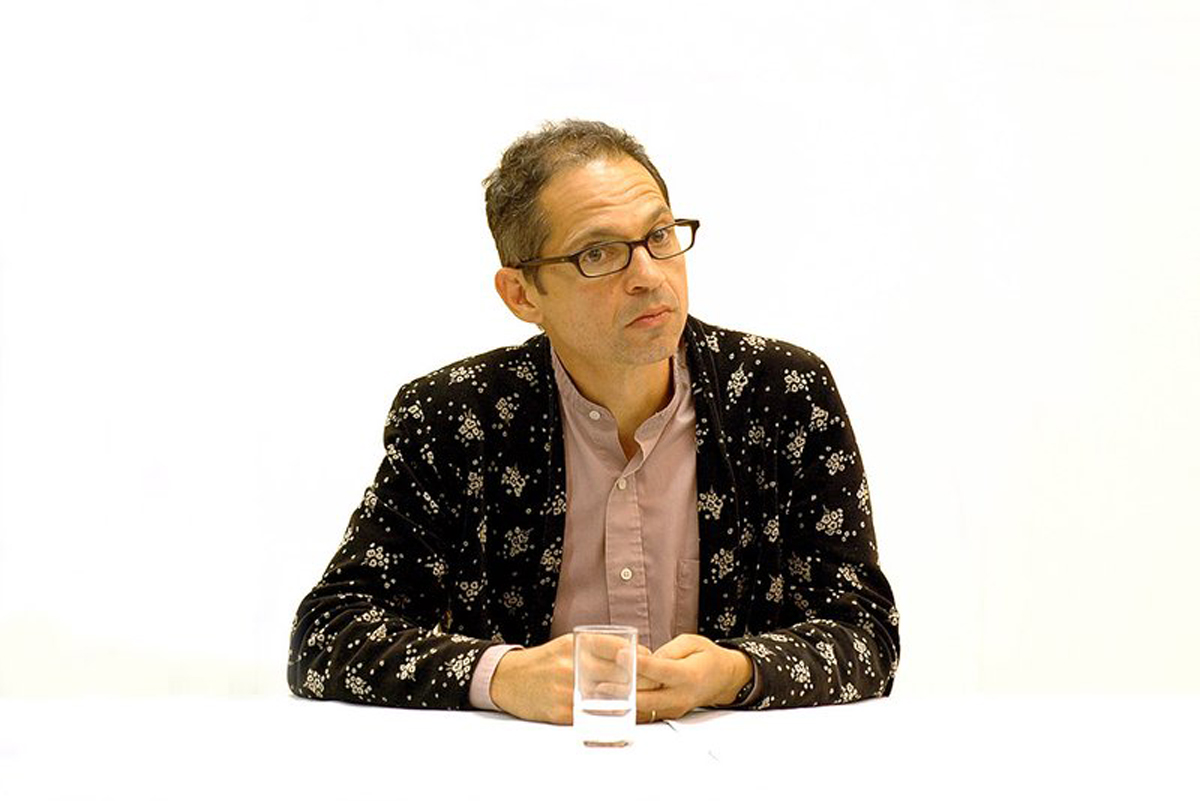 Zahedi studied philosophy at Yale University. It was during his time at Yale that he began making his own films. After he graduated, Caveh Zahedi made a bold attempt to secure a job in the film world by approaching Jean-Luc Godard in Switzerland. Jean-Luc Godard refused to meet with him after he phoned Godard at three in the morning to offer his filmmaking services. In low spirits, Caveh Zahedi went back to America. On his return, he was able to get a job teaching video production to autistic children.

His job was going well until his co-workers began to mistake Caveh for one of the autistic children. This greatly irked him, leading him to quit the job and move back to Paris. At that time, he attempted to raise the funds to produce a film about Arthur Rimbaud, but was unable to come up with any money at all. Without the hope of producing the film in France, Caveh Zahedi went back to America with the resolution of producing the film himself on Super 8mm film, though this turned into a disaster. His hopes of being a filmmaker had so far come to naught, which left Caveh Zahedi dejected and forlorn.

He devoted his time to making collages in the interim. After several months of this, cut off from the outside world, Caveh Zahedi was suddenly inspired to try his hand at filmmaking again. This time, he conceived of a film project on Eadward Muybridge, an early experimental photographer and forerunner of film. With the project fresh in his mind, Caveh Zahedi returned to France with the hope of getting the French television industry interested in taking on the project, but again his hopes were dashed. Abandoning the project, he then turned to the creation of a music video for a song by the Talking Heads. The project took two years for him to finish, and—in the end—David Byrne rejected it.

Caveh Zahedi’s final attempt to make a name for himself in France was when he applied for a grant to make a film based on a Stephane Mallarme prose poem. He was awarded the grant by the French government, and he began work on the project. Two years later, he completed the film. When he screened the film for the committee, his project funding was immediately terminated to Caveh Zahedi’s great remorse. With the committee’s rejection of his work, Caveh Zahedi finally gave up on his dream of being accepted as a filmmaker in France. Instead, he applied to film school at UCLA with the hopes of making his way into the Hollywood film industry.

At UCLA, Caveh Zahedi met Greg Watkins, who had also studied philosophy at Yale, and the two began a fruitful collaboration. Greg Watkins and Caveh Zahedi co-directed the experimental film A Little Stiff (1991), which is a re-enactment of Caveh Zahedi’s unrequited love for an art student he knew at UCLA. Rather than hiring other actors to play the parts, the directors opted to use the real-life people in the roles. Surprisingly, A Little Stiff received wide critical praise, aired on the Sundance Channel as well as on television in Germany, and played at the Sundance Film Festival.

I Don’t Hate Las Vegas Anymore (1995) was Caveh Zahedi’s next film project. Utilizing a documentary form, the film is an experiment to prove that God exists by travelling to Las Vegas and seeing if a compelling film would unfold in the process. Caveh Zahedi cast his teenage half-brother and his father in the film, which turned into a comedic scenario at the end. When the plan of proving God’s existence does not seem to be working out as hoped, Caveh Zahedi decides to drop MDMA with his father and brother on film. The film was attacked with a spirit of hatred by many of the critics in America and was generally a box office failure, though the film was redeemed when it won the Rotterdam Film Festival Critics’ Award. Over time, the film has developed a cult following.

In the Bathtub of the World (2001) was conceived by Caveh Zahedi as a video diary spanning an entire year. Structured on a highly precise temporal sequence, Caveh Zahedi planned to film every day of the year for one minute, which would give him enough material to edit together a ninety-minute film. The film was televised on the Independent Film Channel, and it was eventually released on DVD in 2002.

In 2005, Caveh Zahedi presented I Am A Sex Addict (2005), a semi-documentary focusing on Zahedi’s sex addiction and its consequences on his life and work. The film describes his frequent visits to prostitutes and the resulting implications for his relationships and successive partners.

The documentary The Sheik and I premiered at the SXSW Festival in 2012 and “began as an invitation by a Middle Eastern Biennial to make a film on the theme of ‘art as a subversive act.’ Told that he can do whatever he wants except make fun of the Sheik (who rules the country and finances the Biennial), Zahedi decides to do just that, turning his camera on the Biennial itself. But his court jester antics fail to amuse. Zahedi’s film is banned for blasphemy and he is threatened with arrest and a fatwa.”

In 2015, Zahedi created the TV series The Show About the Show. Consisting of 7 episodes (to date), it is a “a self-reflexive TV show about its own making in which each episode tells the story of the making of the previous episode”.

In 2017, The Show About the Show became a film, composed of some of the series’ episodes.