Kenneth Burke Chair and Professor of Rhetoric and Philosophy at The European Graduate School / EGS. 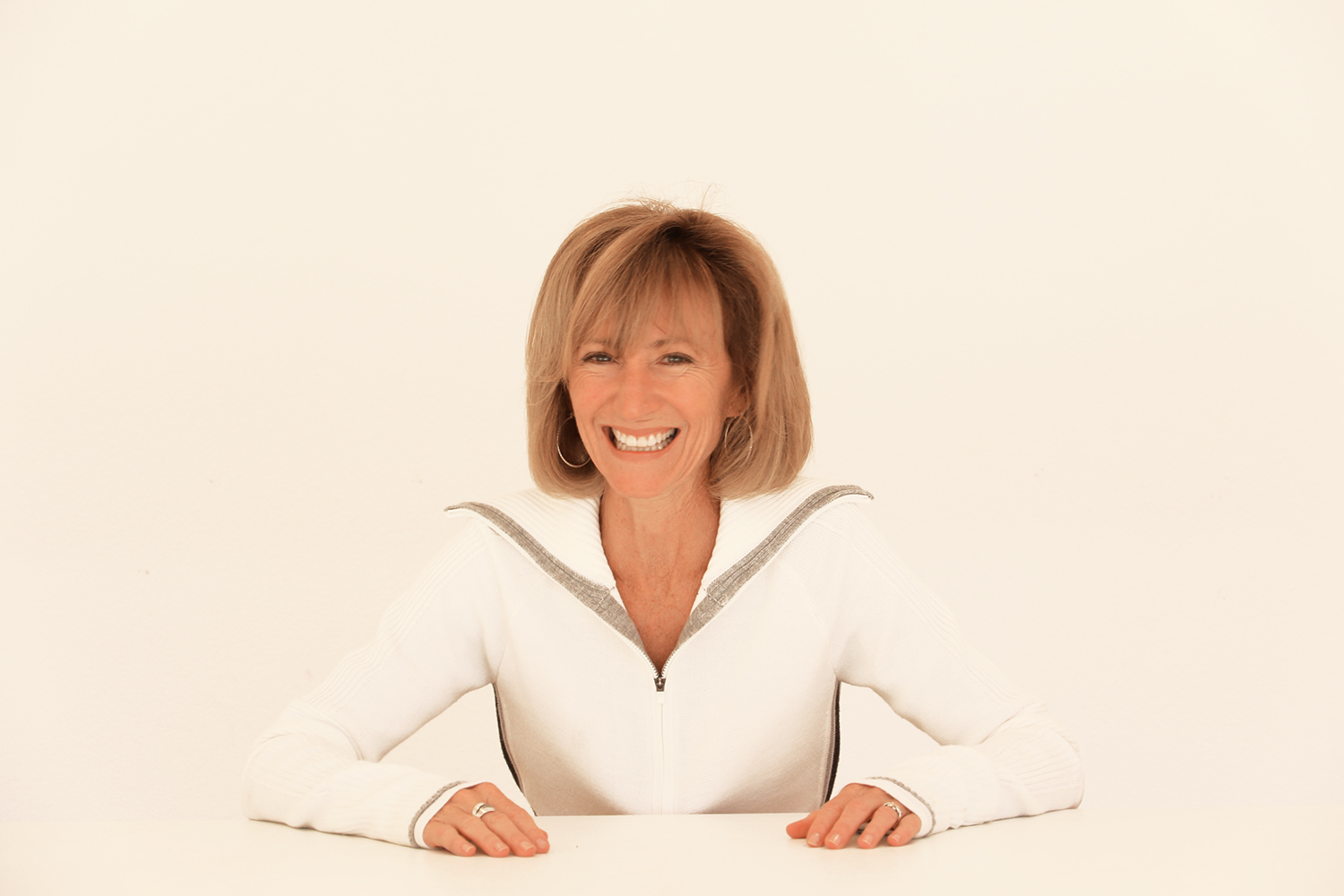 Diane Davis (b. 1963) is a post-structuralist rhetorician whose work is situated at the intersection of rhetorical theory and continental philosophy. She is the Kenneth Burke Chair at The European Graduate School / EGS, as well as professor of rhetoric and writing and the director of the Digital Writing and Research Lab at the University of Texas at Austin, where she teaches graduate and undergraduate courses in contemporary rhetorical theory.

Born in Wichita Falls, Texas, Diane Davis grew up in Clear Lake City, a suburb of Houston, then attended a small, liberal arts college in Texas, double majoring in English and physical education/kinesiology. Diane Davis received her doctorate in humanities with a concentration in rhetorical theory from the department of English at The University of Texas at Arlington in 1995, and then she received a second doctorate (habilitation) in media and communication—now the Division of Philosophy, Art, and Critical Thought—at The European Graduate School in 2003. She taught in the English Department at Old Dominion University from 1995–1997, the Rhetoric Department at The University of Iowa from 1997-2001, and then joined the faculty in the Department of Rhetoric and Writing at The University of Texas at Austin in 2001.

Diane Davis’s work is heavily influenced by the thought of Jacques Derrida, Jean-Luc Nancy, Emmanuel Levinas, Maurice Blanchot, and Avital Ronell; it aims simultaneously to offer philosophical contributions to rhetorical studies and to excavate the rhetorical basis for contemporary philosophies of relationality. Davis is known for explicating a theory of originary rhetoricity (an affectability or responsivity) that would be the condition for symbolic action. She is recognized for her investigations into radical exposedness at the level of the “creature”—the material subject created via response-ability to the other—which is affected, moved to response prior to cognition.

In Breaking Up at Totality, Diane Davis explores the ways in which irrepressible laughter challenges the apparent mastery and unicity of the human subject. In the throes of a laughter she cannot control or contain, the laugher is overtaken, possessed, her capacity for meaning-making suspended and her delusions of spontaneity interrupted. This textually performative work is an experiment in typography, a breaking up at the level of structure that is heavily influenced by Avital Ronell’s The Telephone Book and Jacques Derrida’s Glas. Offering laughter as a trope for disruption, this work showcases a play of language that joyfully shatters conceptual frameworks, exposing an exposedness and (therefore) a relationality more fundamental than any intention or symbolic meaning.

In Inessential Solidarity, Diane Davis spotlights an intersection of rhetoric and sociality that neither depends on a preexisting individual essence nor installs an essence of the community (the common); she names this intersection “rhetoricity”: an originary affectivity or responsivity that is prior to symbolic identification and therefore in excess of every prerequisite for solidarity. There is, Davis argues, an underivable rhetorical imperative, an obligation to respond to the other that precedes and exceeds comprehension. This rhetorical imperative would be the condition for symbolic exchange rather than the other way around, and any freedom to choose would already be its effect. That is to say, responsibility (response-ability) is not a matter of freedom; one is obliged to respond in the same way one is obliged to age. “An irrevocable passivity underpins your active decision to speak or not, to moisturize or not,” Davis writes. “You are responding, either way, aging, either way. This infinite responsibility does not make rhetorical practice irrelevant—it makes it both possible and necessary” (112).

In her most recent work, Davis examines the self-gathering effects of this originary rhetoricity through which any creature, in responding to the other, marks itself off from the other in a gesture of self-reference (auto-deicticity), (re)tracing itself on the limit that both shares and divides it (out). Challenging the putatively indivisible border between human and animal that grounds the history of philosophy, Judeo-Christian religions, and Western culture itself, Davis argues that this elementary self-referentiality—which Heidegger and others have described as a specifically human power—is neither human nor a power: it’s not a power the I has but that which grants the effect of an I. The “autos” (the identity of the same) names a differential effect with no ontological foundation. Autodeixis is not the human power to disclose an ontological “as such” but the extrahuman operation of an allegorical “as if,” which names the already relational condition for the singularity and functioning of any living being.

Diane Davis’s work has devoted many articles, three book reviews, two substantial interviews, and two edited collections to the work of Avital Ronell, frequently pointing out the destabilizing force of Ronell’s extreme close-ups, noting that they institute a break, an interruption in inherited meaning. The “Ronellian punch,” Davis writes, takes place “in or as a devastating withdrawal of understanding that leaves you with no recourse to anything like counter-argument.” Davis spotlights the affective charge of Avital Ronell’s unprecedented style: the jarring effect it can have on the reader when, for instance, this author abruptly breaks with “the conventions of scholarly distance to speak to ‘you,’ addressing ‘you’ directly and putting you on the spot, giving you the sense that she is suddenly ‘very close-range and onto you’–and you’re not ready for it because this was not supposed to happen to you in a scholarly work.”

Diane Davis has taught two multi-year seminars at The EGS: one (2007–2011) focusing on the work of Jacques Derrida and the other (2013–the present) on the work of Emmanuel Levinas. The current course examines Levinas’s ethics against Heidegger’s fundamental ontology, for example, but it also positions Levinas as a proto-new materialist, zeroing in on his treatment of the sensibility of the creature and the horror of undifferentiated existence. Levinas was a new materialist long before it was cool, she argues, and his approach—which attends to an immemorial remainder—could be described as a kind of realism of the remains.

Diane Davis is the author of Breaking Up [at] Totality: A Rhetoric of Laughter(Southern Illinois UP, 2000) and Inessential Solidarity: Rhetoric and Foreigner Relations (University of Pittsburgh, 2010), co-author of Women’s Ways of Making It in Rhetoric and Composition (with Michelle Ballif and Roxanne Mountford, Routledge, 2008), and editor of The ÜberReader: Selected Works of Avital Ronell (U of Illinois P, 2008) and Reading Ronell (U of Illinois P, 2009). She recently co-edited, with Michelle Ballif, a special issue of Philosophy and Rhetoric (2014), “Extrahuman Rhetorical Relations: Addressing the Animal, the Object, the Dead, and the Divine,” in which she contributes an interview with Avital Ronell entitled “Breaking Down Man” and an article entitled “Autozoography: Notes toward a Rhetoricity of the Living.” Davis is currently at work on a book addressing the human/animal divide, tentatively called “Creaturely Rhetorical Relations.”

Eco-Feminist Poetics: A Dialogue On Keeping Body and Mind Together

Greetings: On Levinas and the Wagging Tail

Identification: Burke and Freud on Who You Are

The Fifth Risk: A Response to John Muckelbauer’s Response

Finitude’s Clamor; Or, Notes Toward a Communitarian Literacy

Toward an Ethics of Listening

Addicted to Love; Or, Toward an Inessential Solidarity

Laughter; Or, Chortling into the Storm

Writing [at] the End of the Millennium: Some [Dis]Connections

The Power of Language to Efface and Desensitize

After Community: An Interview with D. Diane Davis

Hospitality, Home and Self

Lying and the Other