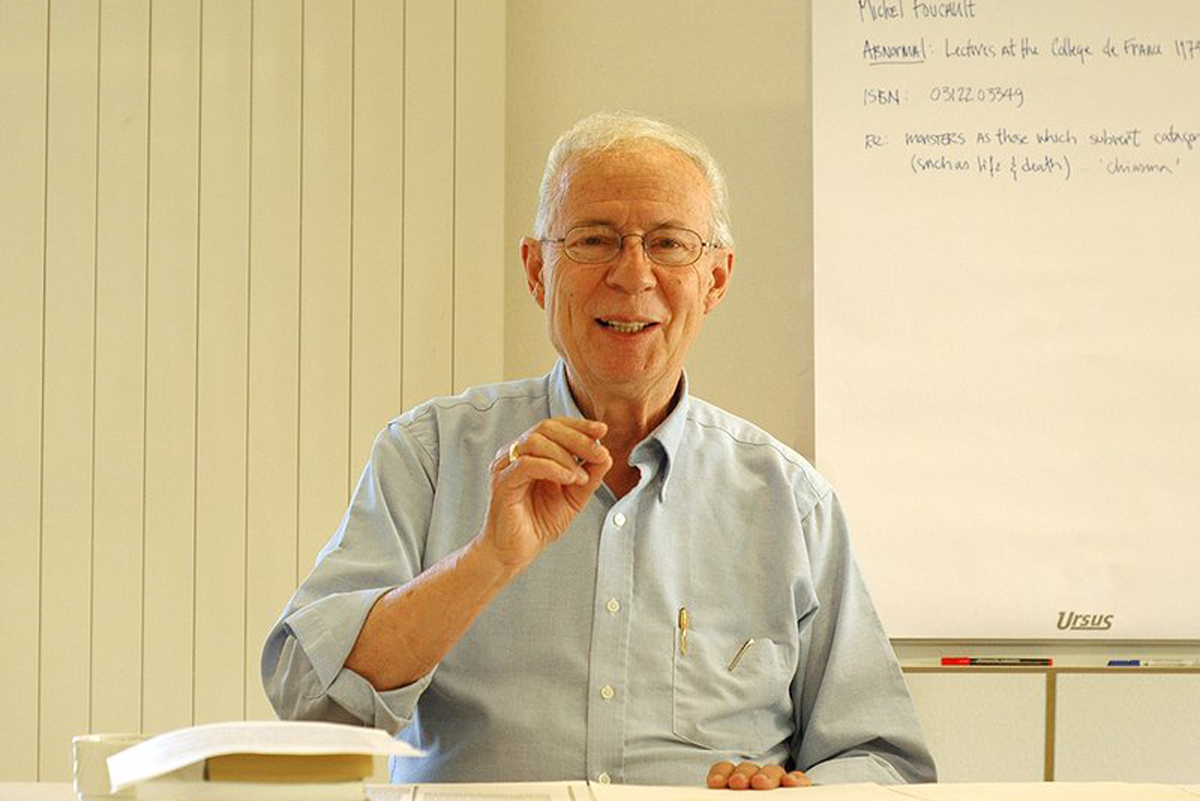 Friedrich (Fred) Ulfers (b. 1934) was previously the Dean of Media and Communication Division at the European Graduate School (EGS) in Saas-Fee, Switzerland, where he is currently the Friedrich Nietzsche Professor, teaching an intensive Summer Seminar on Nietzsche and 20th-Century Thought. He is an Associate Professor of German at New York University. Professor Fred Ulfers is a noted scholar with an emphasis on Friedrich Nietzsche, Franz Kafka, and the interdependence of literature, philosophy and science in the 20th century.

A native of Germany, Friedrich Ulfers moved to New York, where he attended the City College of New York. After completing his bachelor’s degree at City College, he attended New York University, where he received an MA in 1961 and a Ph.D. in 1968 with an emphasis on 19th- and 20th-Century German Literature. He is a noted scholar on German literature, in particular German Romanticism and the 20th-Century German novel. Friedrich Ulfers is also highly interested in French post-structuralist theory, which he incorporates into his literary scholarship. Friedrich Ulfers has served numerous academic positions throughout the years, including as Chair of the Nietzsche Conference at NYU.

Over the years he has served a variety of administrative functions, such as the Department’s Director of Undergraduate Studies, Director of the NYU in Berlin summer program, and, most recently, Director of Deutsches Haus at NYU. Winner of NYU’s Distinguished Teaching Medal and Great Teacher Award, and three times winner of the College of Arts and Science’s Golden Dozen Award for Excellence in Teaching, he has taught not only in the German Department but also in NYU’s interdisciplinary programs, offering courses that engage a range of interdisciplinary interests, including literary theory, continental philosophy, and the relationships between science, literature, and philosophy. His specific teaching and research interests are German Romanticism and 19th/20th German literature (with particular emphasis on Nietzsche and Kafka).

Fred Ulfers has written widely on 20th-century authors for a variety of venues and journals. His publications include the books Das Doppelgängermotiv in der deutschen Literatur des 20. Jahrhunderts (The Double in Modern German Literature), Toward a New Metropolitanism: Reconstituting Public Culture, Urban Citizenship, and the Multicultural Imaginery in New York and Berlin, Essays on Günter Grass The Flounder, and numerous articles. A few of the articles he has written are ‘Kafka’s Das Urteil, Kierkegaard and Kafka: The Dialectic of Suffering, The Image of Androgyny in Musil’s Man without Qualities, Feminism and the Feminine in Annette von Droste-Hülshof, and The Rose and the Wound: Images of Writing. Friedrich Ulfers is also the author of the forthcoming book Nietzsche in the Light of Post-classical Science and Post-structuralist Aesthetics.

Friedrich Ulfer’s scholarship surrounding Friedrich Nietzsche works with the dualities within his texts. Often looking at the concept of Chiasmic Unity, bringing to light the possibilities of double truths and non-truths. In an essay written with Mark Daniel Cohen, “Nietzsche’s Amor Fati – The Embracing of an Undecided Fate.” in: Poiesis – A Journal of the Arts and Communication (2002) Friedrich writes:

“The tragic worldview, then, is a chiasmic unity of opposites, one with neither negation nor affirmation, because as a medium that permits “Yes” and “No” to interpenetrate, it affirms them both equally, leaving affirmation affirmed precisely to the degree that negation is.”

Friedrich Ulfers was an instrumental member of the European Graduate School faculty since its inception. Until 2009 Fred Ulfers served as Dean of the Media and Communication Division of the European Graduate School. His legacy continues through his students and their fond memories of one of the best instructors at EGS, who always believed in putting the dance in philosophy.

“One of Nietzsche’s most overt, and perhaps his best known, assertions of affirmation for life is his clear exhortation: “Amor fati”—the love of fate, the acceptance of necessity … The issue of fate is not to be mis-read here. Nietzsche means the necessary, but it is not the necessary in an ordinary sense … The process that is the world, that is reality, is incessant. And so, Nietzsche’s fate must not be understood in the context of a determinism that takes the form of a finality that the world or the self are “fated,” or promised, to achieve. Nor is it fate in the sense of some categorical, transcendental moral imperative to which we owe absolute allegiance and under which we are laden with a sense of absolute responsibility. The incessant process, the continuous “Becoming” of the universe, leads to nothing in the end, for there is no end.” —Friedrich Ulfers.

The Utopia and Essayism of Robert Musil 4/4

The Utopia and Essayism of Robert Musil 3/4

The Utopia and Essayism of Robert Musil 2/4

The Utopia and Essayism of Robert Musil 1/4