Professor of Music and Theatre at The European Graduate School / EGS. 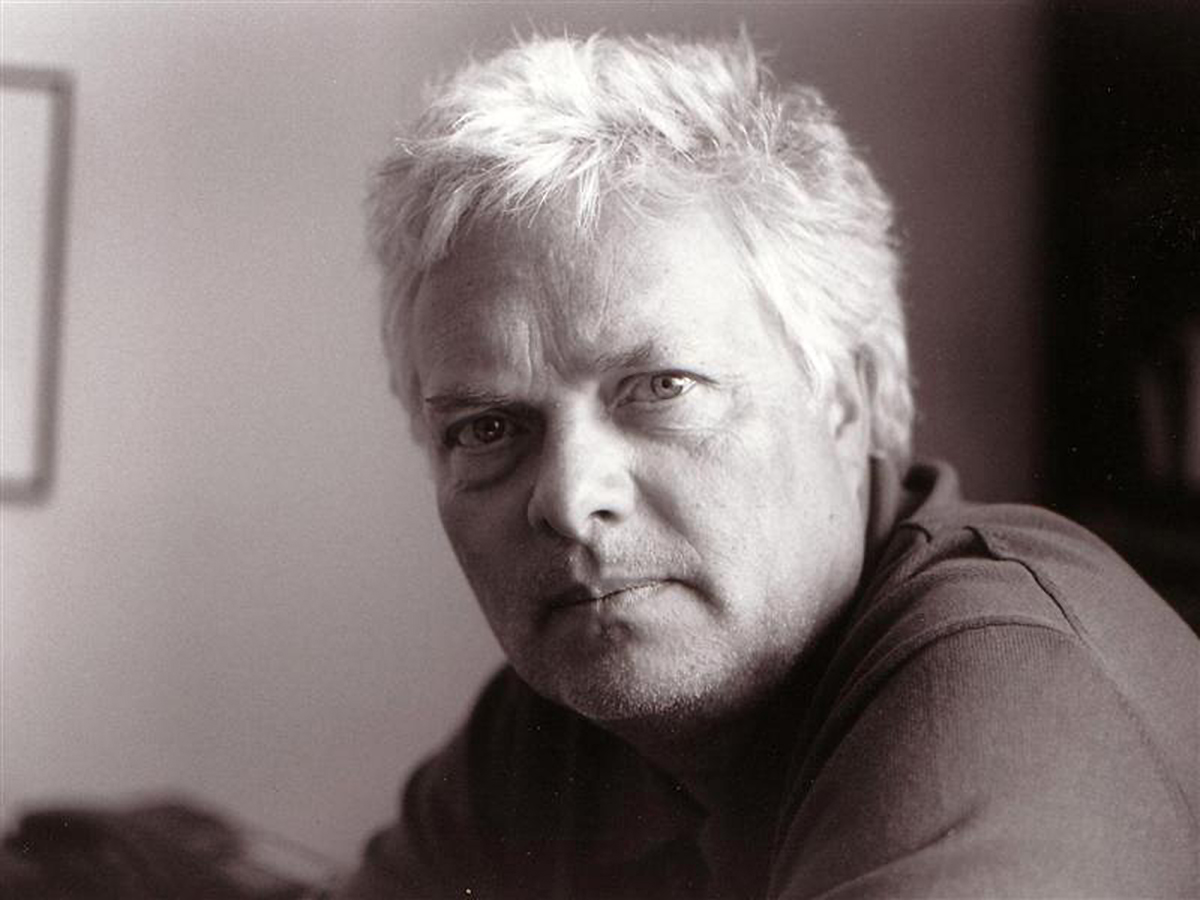 Heiner Goebbels (b. 1952) is a Frankfurt-based composer and director. Not easily confined to one strictly defined artistic category, his work decontructs the conventions of opera, theater, and concert music. Often characterized as political, many of his better known pieces were created in close collaboration with the writer Heiner Müller. Heiner Goebbels works as a professor at the Institute for Applied Theater Studies at the Justus Liebig University Giessen, is President of the Theater Academy Hessen, and was Artistic Director of the Ruhrtriennale arts festival from 2012 until 2014.

After studying music and sociology in Frankfurt, Heiner Goebbels started working as a composer of ‘incidental’ music in the seventies, as part of the Sogenanntes Linksradikales Blasorchester, a radical left-wing brass band. In the late seventies, he formed a duo with Alfred Harth (1976–88), and later became a member of the long-standing art rock trio Cassiber (1982–92). Parallel to this, Heiner Goebbels worked on music for theater, film, and ballet. In the mid-eighties, he began composing and directing his own audio plays and staged concerts, including Der Mann im Fahrstuhl / Man in the Elevator (1987), Die Befreiung des Prometheus / The Liberation of Prometheus (1991), and Tränen des Vaterlands / Tears of the Fatherland (1986). Goebbels is the author of numerous theatrical works that have been performed at major international music and theater festivals, including: Ou bien le débarquement désastreux / Or: The Hapless Landing (1993), Die Wiederholung / The Repetition(1995), Schwarz auf Weiss / Black on White (1996), Schliemann’s Scaffolding (1997), Hashirigaki (2000), Eraritjaritjaka – museé des phrases (2004), and I Went to the House But Did Not Enter (2008). His first opera, entitled Landschaft mit entfernten Verwandten / Landscape With Distant Relatives, premiered in 2008.

Heiner Goebbels has also created several works presented in the wider context of contemporary art. He participated in Documenta X in Kassel with a musical theater sketch called Landscape With Man Being Killed By a Snake (1997), produced the sound installations Timeios and Fin de Soleil for the Centre Pompidou in Paris (2000), and created the performative installation Stifters Dinge, his first theater piece without any performers or musicians (2007). In addition to this, Heiner Goebbels has composed chamber music for the Ensemble Modern and the Ensemble Intercontemporain since 1988, and has been nominated twice for the Grammy Awards, first in 2001 and then in 2004. He is also author of the book Komposition als Inszenierung (2002).

The political climate of the 1970s and the fact that he studied sociology in Frankfurt made political concerns the main focus of Heiner Goebbels’s early life. The band for which he wrote, the Sogenanntes Linksradikales Blasorchester, was created in order to perform music at demonstrations and political events. The idea behind the orchestra was to bring music to a public arena from which it was excluded, promoting artistic collaboration with a wide variety of people in different forms. This formative experience was translated into a method Heiner Goebbels still practices today —a collaborative musical working method that seemed impossible at the time. Another influence in his approach to music came from Hans Eisler, whose writings showed Goebbels that it was possible for one person to combine many interests and work in different fields, ranging from politics, history, and mathematics to art and philosophy. The political, according to Heiner Goebbels, is not something to be applied on top of everything, in the guise of propaganda, but represents the search for a form that will express one’s subjective experience of the political as integrated into the body of the artwork.

Heiner Goebbels prefers to create works in response to particular situations, topics, or assignments, and most of his best known pieces are commissions for specific orchestras and musicians. For instance, his piece Surrogate Cities, a highly acclaimed 90-minute composition for large orchestras, was commissioned by the Alte Oper Frankfurt and was performed by the Junge Deutsche Philharmonie. Commissioned for the city of Frankfurt, it offered a portrait not only of the conditions of life in a contemporary metropolis but also of the orchestra performing it. In this particular piece, Heiner Goebbels compares his work to that of an archaeologist, whose task is to excavate the city’s past and include different voices from its history. He also sees working with a large orchestra as an opportunity to enlarge collective possibilities and to translate the power of individual voices into collective action.

The integration of the theatrical experience into composition was one of Heiner Goebbels’s concerns from the beginning of his composing career, and his pieces make use of words by Ellias Canetti, Søren Kierkegaard, T. S. Eliot, Samuel Beckett, and Heiner Müller, and layer them with music by Prince, the Beach Boys, and classical music. Nevertheless, Goebbels’s method is not one of collage; rather, he aims to find ways in which music can create images by quoting various elements. The eclectic nature of his pieces often prevents audiences from being able to predict the next element in the performance, something Goebbels strongly dislikes. For instance, the theater piece Schwarz auf Weiss / Black on White was created for eighteen musicians from the Ensemble Modern who were given the task of not only playing instruments, but also playing badminton, throwing tennis balls at thunder sheets, and playing a flute to a kettle. As an extension of this, it comes as no surprise that Heiner Goebbels uses samples of various sounds in his work, offering a new definition of a sampler as an instrument that invents nothing—a perfect instrument of memory.

​Delusion of the Fury

Delusion of the Fury. Directed by Heiner Goebbels. Fachhochschule Dortmund, 2014.

The aesthetics of absence

Composing and Directing for Theatre 9/9

Composing and Directing for Theatre 8/9

Composing and Directing for Theatre 7/9

Composing and Directing for Theatre 6/9

Composing and Directing for Theatre 5/9

Composing and Directing for Theatre 4/9

Composing and Directing for Theatre 3/9

Composing and Directing for Theatre 2/9

Composing and Directing for Theatre 1/9