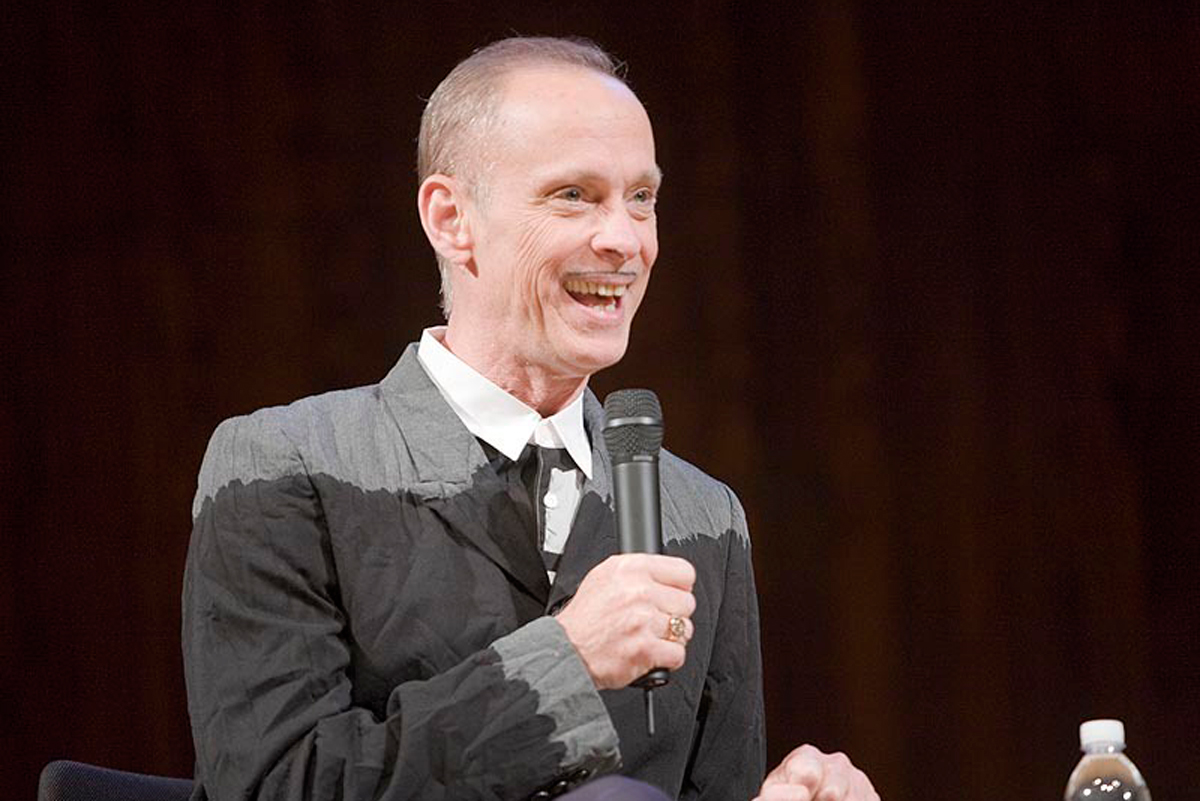 John Samuel Waters Jr. (b. April 1946 in Baltimore, United States) is a filmmaker, author, and artist.

Named the “Pope of Trash” by William Burroughs and frequently called the “Prince of Puke”, Waters himself affirms: “I’m interested in extreme human behavior”. [1]

After his first sixteen-millimetre film— Eat Your Makeup (1968), about a nanny kidnapping young girls— and the feature films Mondo Trasho (1969) and Multiple Maniacas (1970), Waters came to fame with Pink Flamingos in 1972. Labelled an “exercise in deliberately appalling taste” by Time Out, the film is set around “a plot in which a villainous couple attempt to wrest from Divine her claim to be the most disgusting person alive. The cast camp it up as if auditioning for some long-gone Warhol project. Waters raids de Sade in pursuit of extremes, but the difference between him and Warhol (or that other arch-exponent of extreme disgust, Otto Muehl) is that Waters’ grotesquerie is decidedly trivial.” [2]

Together with Pink Flamingos, the features Female Trouble (1974) and Desperate Living (1977) form part of the so-called “Trash trilogy”.

In the 1980s Waters’ films became more mainstream: Hairspray (1988) was turned into a Broadway musical (a film version of the musical was, in turn, released in 2007); the musical Cry-Baby (1990; starring Johnny Depp) also found its way to Broadway.

With A Dirty Shame (2014), portraying a repressed woman becoming a sex addict, he turned his back on mainstream and, one year later, produced Kiddie Flamingos (2015), a “censored” table read of the original Pink Flamingos performed by children.

Waters also works as a visual artist and across different mediums such as installations, photography, or sculpture.

In 2004, Waters had his first retrospective in the New Museum in New York, including photographic and sculptural works and three early and previously unreleased films.

John Waters: Indecent Exposure (2018-2019) is “[t]he first retrospective of John Waters’s visual arts career in his hometown of Baltimore.” It “presents more than 160 provocative photographs, sculptures, and video and sound works. The exhibition concludes with a gallery devoted to ephemera, including objects from Waters’s home and studio that inspire him, and three peep-shows featuring footage from his rarely seen underground movies of the 1960s.”

In 2015, the British Film Institute celebrated Waters’ films with a retrospective in honour of his 50 year-filmmaking career. In the same year, he was nominated for a grammy for “Best Spoken Word Album”, for “Carsick: John Waters Hitchhikes Across America”, a chronicle of his journey across the United States.

In 2018, Waters received the Insignia of the Ordre des Arts et des Lettres/French Order of Arts and Letters.

Waters has authored several books, including Shock Value: A Tasteful Book about Bad Taste (Running Press Adult; 1981) and Crackpot: The Obsessions of John Waters (Scribner, 1983). In 2017, the artist’s commencement speech for the Rhode Island School of Design was turned into the book Make Trouble (Algonquin Books of Chapel Hill).