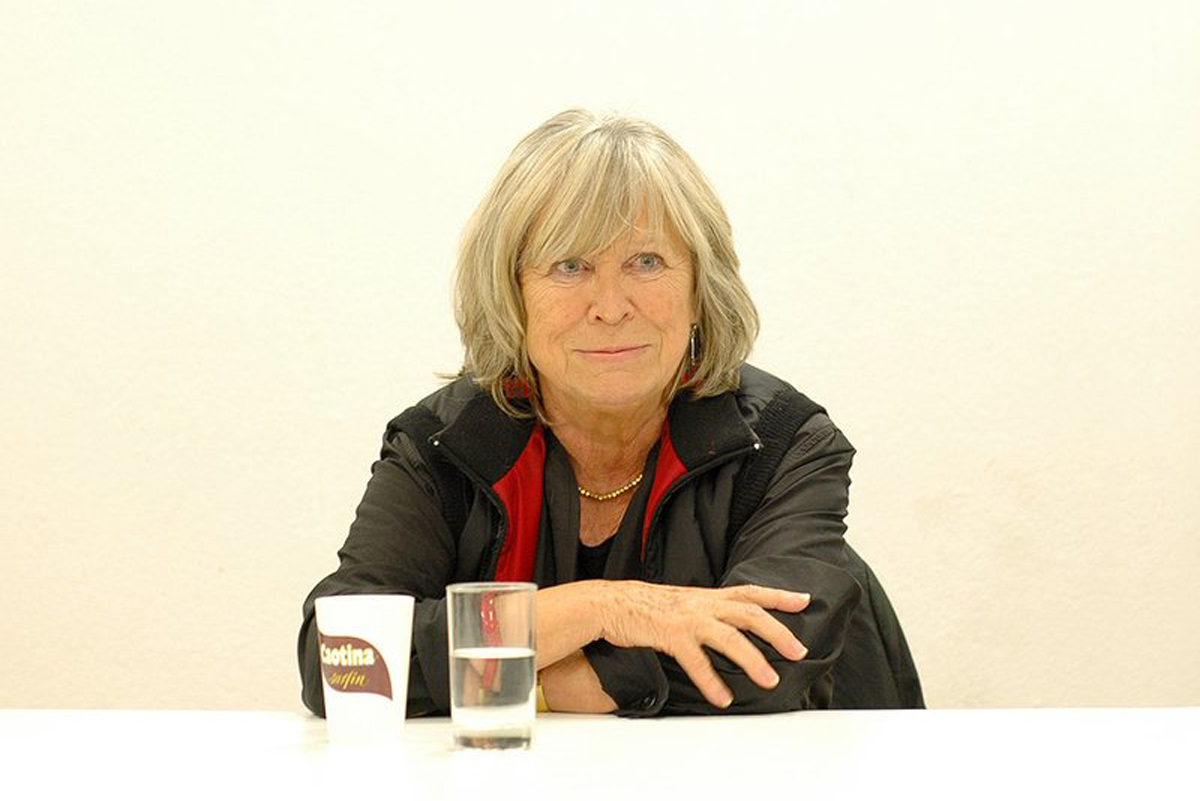 Margarethe von Trotta (b. 1942) is an actor, one of the foremost German film directors, a member of the New German Cinema movement, and one of the most important feminist filmmakers in the world. She was born in Berlin, Germany. Before her life-changing discovery of cinema—especially that of nouvelle vague (new wave)—while on a trip to Paris, Margarethe von Trotta studied business for two years and worked in an office:

“I came from Germany before the New Wave, so we had all these silly movies. Cinema for me was entertainment, but it was not art. When I came to Paris, I saw several films of Ingmar Bergman, and all of the sudden I understood what cinema could be. I saw the films of Alfred Hitchcock and the French Nouvelle Vague. I stood there and said, ‘that is what I’d like to do with my life’.”

Prior to that, however, Margarethe von Trotta tried many different things. Indeed, she studied fine art in Düsseldorf, Germany, moved to Munich where she then studied philology, and then again re-invented herself and started studying drama. In 1964, she gets her first important role in Dinkelsbühl, Germany. That same year, she married screenwriter Felice Laudadio with whom she had a son before getting divorced in 1970. From 1969 to 1970, she worked as an actress in Frankfurt at the Kleines Theater (Small Theater). She began at that point to be solicited by young German directors such as Herbert Achternbusch, Rainhard Hauff, and Rainer Werner Fassbinder. In fact, she made four appearances in the films of the latter.

From the early 1960s, after returning from Paris to Germany where she was exposed to the films of Ingmar Bergman, Margarethe von Trotta wanted to direct film but was prevented from doing so because, in her own words, “you couldn’t think that a woman could be a director.” Instead of pursuing directing, she then pursued acting, working closely with both Werner Fassbinder and Volker Schlöndorff, whom later became her husband from 1971 to 1991. After her divorce, she moved first to Italy and then Paris, which is where she lives today.

Her first film, The Lost Honor of Katharina Blum, which she co-directed with Schlöndorff in 1975, narrates the story of a young woman who has a casual affair with a man she later discovers to be a terrorist. In 1978, she wrote and directed her first film, The Second Awakening of Christa Klages, which introduced many of the themes of female bonding as well as the uses and effects of violence that she would return to in her later films. Based on a true story, The Second Awakening of Christa Klages tells the story of a young woman who resorts to bank robbery in order to keep her kindergarten open.

Beginning in 1979, Margarethe von Trotta introduced a trilogy of films which cemented her reputation as one of the leading directors of the German New Wave. First, Sisters, or the Balance of Happiness, describes the life of two sisters deeply joined, both emotionally and intellectually—a symbiotic relationship that weighs heavily on them, even after one of them commits suicide. Second, in 1981, she followed this up with Marianne and Juliane (which won the Golden Lion Award at the Venice Film Festival, presented to the first woman since Leni Riefenstahl’s Olympia in 1938). The film describes the fight in 1968 for changes in German society, as seen through the eyes of two sisters, one of whom is a committed reporter and the other, equally committed, a terrorist. And third, Margarethe von Trotta followed this film in 1986 with Rosa Luxemburg, an epic portrait of one of the leading figures of European socialism. Played with stunning grace by Barbara Sukowka, the character of Rosa Luxemburg is based primarily on the hero’s letters and diaries, and strikes a balance between the deeply personal and the exactingly political.

Despite being regarded as a leading feminist director, Margarethe von Trotta rejects the description of her films as “woman’s film making,” arguing that it confines one to a ghetto of sorts. Margarethe von Trotta believes that she should instead be seen as a filmmaker who is at once a woman as well as a director who examines the interior of the feminine personal as well as the exterior of the political, and one who, despite being the most enduring female director of her time, stands equal to the male likes of Ingmar Bergman, Rainer Werner Fassbinder, Werner Herzog, and others.

Rosa Luxemburg and the Personal as Political 5/5

Rosa Luxemburg and the Personal as Political 4/5

Rosa Luxemburg and the Personal as Political 3/5

Rosa Luxemburg and the Personal as Political 2/5

Rosa Luxemburg and the Personal as Political 1/5