Professors of Digital Design at The European Graduate School / EGS. 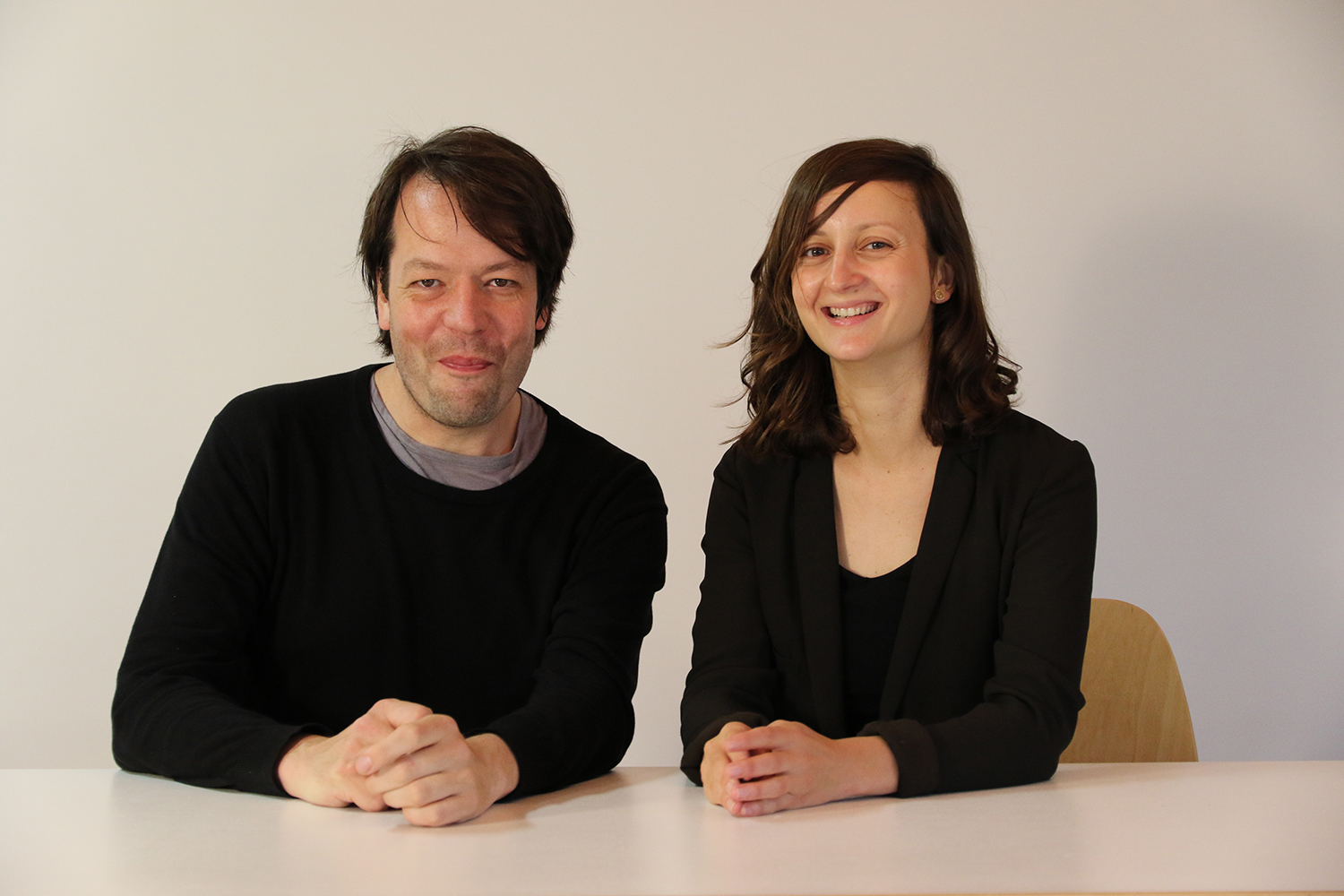 Metahaven—Vinca Kruk, (b. 1980) and Daniel van der Velden (b. 1971)—an Amsterdam-based “studio for design, research, and art”, whose “work—both commissioned and self-directed—reflects political and social issues in collaboratively produced graphic design objects,” [1] was founded by graphic designers and writers Vinca Kruk and Daniel van der Velden in 2007; Gon Zifroni was a partner between 2007–10. A “strategic graphic design agency,” as they put it in an interview with Rhizome, they “make anything between a conference, a publication, an interview, a product, a visual identity, a policy document, or a set of floating appearances on the Internet. We are not only interested in the development of hypothetical image, but also in its realization.” [2]

Vinca Kruk studied at the Willem de Kooning Academie in Rotterdam, graduating with a BA in graphic design in 2003. Following this, Kruk worked a researcher at the Design Department at the Jan van Eyck Academie in Maastricht until 2005, where she also served as an advising researcher from 2006–07.

Kruk has held various academic positions; a tutor for graphic design at KABK Academie van Beeldende Kunsten, The Hague (2007), and for editorial design at ArtEZ Institute of the Arts (2007–present), she had been appointed mentor at the IM Master Program at the Design Academy Eindhoven (2010) as well as Senior Lecturer at Otis College of Art and Design, Los Angeles (2011–2012).

In addition, Kruk has held workshops at the Valence Academy of Arts in France; the Hochschule für Künste, Bremen; HEAD University of Arts, Geneva; Merz Akademie, Stuttgart; and UniBz of Bozen, Italy.

Daniel van der Velden also holds a BA in graphic design from the Willem de Kooning Academie (1996), as well as an MFA in design from the Jan van Eyck Academie (1998), where he also served as advising researcher from 2004–10. A lecturer in media and culture at the University of Amsterdam in 2010, Velden has been a senior critic for the MFA in graphic design at Yale University as well as a tutor at the Design Department at the Sandberg Instituut in Amsterdam since 2007. Prior to this, and together with Maureen Mooren, Velden had run a graphic design studio whose work included the re-design of the architecture journal Archis (later Volume) in 2001.

Kruk and van der Velden began their collaboration with the Sealand Identity Project. Iniated by van der Velden at the Jan van Eyck Academie in 2003, the project was “an identity proposal for the Principality of Sealand, which is an off-shore micronation which played an iconic role as a ‘data haven’ during the late 1990s dotcom boom,” [3] as described by Metahaven. After the Sealand Project—and following a project on the European Internet search engine Quaero (2007)—they also collaborated in creating a new (visual) identity for WikiLeaks. Initially “aimed at an overhaul of their visual presence as a matter of graphic design,” Metahaven acknowledges to have “never made a complete rebranding of WikiLeaks,” but instead “primarily made scarves and T-shirts. Scarves came up as a way to make something about WikiLeaks without even touching their ‘identity.’” [4]

Metahaven’s work has been exhibited widely. Solo exhibitions were held at the CAPC musée d’art contemporain in Bordeaux (2008), the Künstlerhaus Stuttgart (2009), and the MoMA PS1 in New York (2013), among others. Group exhibitions include the Architectural Association in London (2007), the Gwangju Design Biennale in Korea (2011), the Walker Art Center in Minneapolis (2011), and the Kunsthalle Baden-Baden (2013), to name but a few.

“The appearance and shape of black transparency is always changing to fit the legal and political loopholes of the states and entities whose legitimacy it opposes. It finds temporary homes in jurisdictional enclaves while forming short-lived informational tax havens. Because its architecture depends on acts of evasion, black transparency is not only transparent, but also black. Black Transparency collectively explores and proposes potential designs of these evasive acts, and investigates the political mentality of a densely interconnected population whose principle instrument of freedom—the internet—defines at the same time its ubiquitous subjugation to abstract power.” [5]

Also Metahaven’s first book, Uncorporate Identity (with Marina Vishmidt; Lars Müller Publishers, 2010), oscillates “between design, geopolitics, architecture, and branding” and is to be seen as “a design book for our dystopian age. Some parts of Uncorporate Identity were about dismantling and attacking the ‘brand state’—the notion of promoting or creating reputations for countries—and by proxy, about dismantling branding itself. We have also attacked and criticized Joseph Nye’s notion of ‘soft power’—the power to attract—which is arguably the only political concept which branding has ever heard of.” [6]

In 2013, Metahaven published the e-book Can Jokes Bring Down Governments? Memes, Design and Politics (Strelka Press), which “deals with the dictatorship of austerity in Europe, the ‘rational’ framework of a ‘common sense politics,’ and the forms which resistance against such a politics takes. The essay delves into Anonymous, Rick Astley, Stock, Aitken and Waterman, Lolcats, the Invisible Committee, Dominique Strauss-Kahn as a ‘half man, half pig,’ the Impact typeface, the legacy of ‘political graphic design,’ and many other things.” [7]

In 2011, Metahaven made it onto Rolling Stone Italia’s “hot list of design talent,” introduced by Alice Rawsthorn and Paola Antonelli in a special design issue. A finalist for the Dutch Design Awards in 2012, the studio won the Cobra Art Prize in 2013 and received Icon magazine’s Design Studio of the Year in that same year.