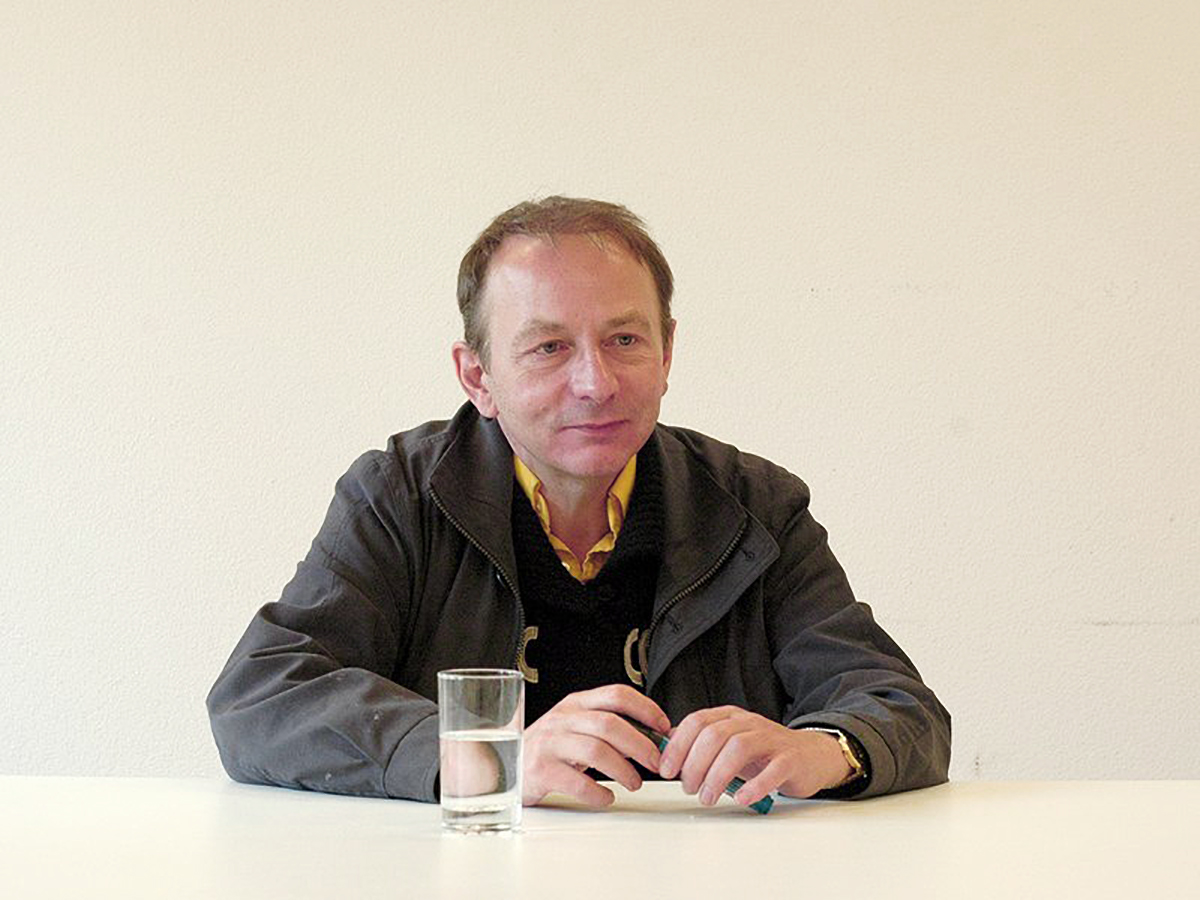 Michel Houellebecq (b. 1956 in Saint-Pierre, Réunion) is a French author and filmmaker.

Having completed a degree in agricultural engineering at the Institut National Agronomique Paris-Grignon, he continued his studies at the film school École nationale supérieure Louis Lumière and eventually found work as a programmer at the French Ministry of Agriculture.

With Plateforme / “Platform” (Flammarion, 2001) Houellebecq “continues his attack on liberal-left orthodoxy with an incendiary series of sex scenes” [1]: Openly criticizing Islam, Houellebecq provoked a lot of controversy in the course of which he was charged with inciting religious hatred.

Despite his denial of being a provocateur—”No, no. A provocateur is someone who goes too far just to get on people’s nerves … A good provocateur knows who he’s going to shock. I’m absolutely incapable of predicting that … It’s always a surprise every time” [2]—Soumission / “Submission” (Flammarion 2015) was extremely controversial and hotly debated as well. Published on the very same day the attack on the French magazine Charlie Hebdo took place, in the course of which 12 people were murdered, Karl Ove Knausgaard describes the events as follow: “Houellebecq himself was featured on the magazine’s front page that week, and since he had once said in an interview that Islam was the stupidest of religions, and since Islam supposedly played such a prominent role in his latest book, his name immediately became associated with the massacre. The French Prime Minister announced that France was not Michel Houellebecq, was not a country of intolerance and hatred. Houellebecq was held up as a symbol of everything France was not, a symbol, indeed, of everything undesirable”.[3]

Sérotonine / “Serotonine” (Flammarion 2019), his most recent novel, even made it to Foreign Policy:

“Houellebecq again seems to have once again hired the Zeitgeist as his publicity agent, this time in the guise of the provincial protest movement known as the gilets jaunes, or yellow vests. Though the novelist has not, unlike other figures on the right, championed the movement, he has earned the moniker of its ‘prophet.’ This association, in turn, reinforces Houellebecq’s status, in the words of the newsmagazine L’Obs, as the ‘icon of extreme right’ in France.” [4]

Other novels include La Carte et le Territoire / “The Map and the Territory” (Flammarion, 2010), which won the prestigious Prix Goncourt, La Possibilité d’une île/ ”The Possibility of an Island” (Fayard, 2005), and Lanzarote (2000). Houellebecq has authored numerous articles and several books of poems, including La Poursuite du Bonheur/ “The Pursuit of Happiness” (Flammarion, 1991) and Le sens du combat / “The Art of Struggle” (Flammarion 1996).

In 2008, Ennemis publics / “Public Enemies” (Flammarion), an exchange of e-mails between Houellebecq and the controversial French public intellectual Bernard-Henri Lévy, was published.

[4] Robert Zaretsky, “Michel Houellebecq Hated Europe Before You Did”,

The Combination of Fiction and Truth 4/4

The Combination of Fiction and Truth 3/4

The Combination of Fiction and Truth 2/4

The Combination of Fiction and Truth 1/4