Professor of Poetry and Writing at The European Graduate School / EGS. 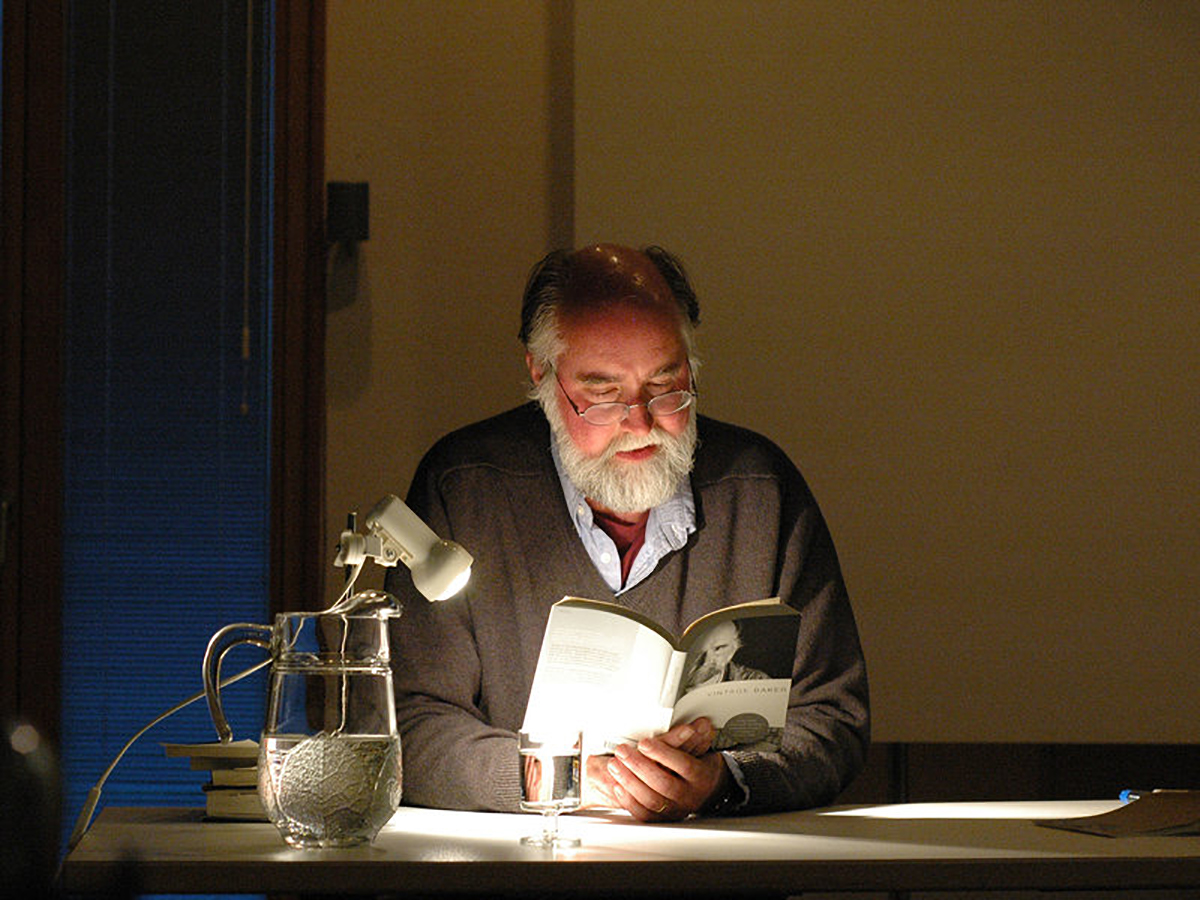 Nicholson Baker (b. 1957) is a celebrated writer of fiction and non-fiction, and a professor of poetry and writing at The European Graduate School / EGS. Born in New York City, he lives in South Berwick, Maine, with his family. Baker studied at the renown The School Without Walls in Rochester, New York from 1970 to 1975. In 1975, he briefly studied at the Eastman School of Music before attending Haverford College in Pennsylvania, where he received a BA in Philosophy. As a novelist, Baker’s work focuses on the thoughts of characters during otherwise inconsequential moments. His novels generally de-emphasize narrative and rather evolve through careful description and characterization.

Perhaps inspired by his great-grandfather, the Pulitzer Prize winning journalist Ray Stannard Baker (1870-1946), Nicholson Baker is also an activist for the protection and archiving of newspapers. His campaign arose after he discovered that many major libraries destroy the paper originals once a microfilm copy has been made. Baker received the San Francisco–based James Madison Freedom of Information Award in recognition of these efforts in 1997. Two years later, he established a non-profit corporation, the American Newspaper Repository, to rescue old newspapers from destruction by libraries. These discoveries prompted Baker to write Double Fold: Libraries and the Assault on Paper, a book that received a great deal of media attention and for which he also received a National Book Critics Circle Award in 2001.

Nicholson Baker’s first work, Mezzanine (1988), takes place through the memories of an office worker as he ascends an escalator. It abounds in long footnotes and has created the genre for which Baker is best known. His next novel, Room Temperature, follows the same path, though this time it takes place during a few minutes at the narrator’s home while he is feeding his baby daughter. Through the thoughts of the narrator, Mike, Baker expresses an approach—perhaps his own—to writing: “…with a little concentration, one’s whole life could be reconstructed from any single twenty-minute period randomly or almost randomly selected.” The continuation of this novel can be read in A Box of Matches (2003) through a middle-aged narrator who has a family; in a similar way, the book mines the narrator’s “store-house” of reflections and memories.

His novel Vox (1992) revolves around a phone sex conversation through which Baker explores two, single young characters’ accumulated thoughts and memories in relation to sex on a pay-per-minute chat line. The novel was Nicholson Baker’s firstNew York Times bestseller, and, anecdotally, briefly became a media sensation when it was revealed that Monica Lewinsky had given a copy of the book to President Bill Clinton.

In one of his first non-fiction works, U and I: A True Story (1991), Nicholson Baker composes a study of how a reader engages with an author’s work, partly written as an appreciation of John Updike and partly as an act of self-exploration. In this non-traditional literary analysis, Baker has decided not to read, or re-read, anymore of John Updike, thus all of the “quotes” by Updike are written from Baker’s memory alone.

Nicholson Baker’s more recent works focus on particular political and historical issues. His novel Checkpoint (2004) is a dialogue between two old high school friends and their plans to assassinate former President George W. Bush. Human Smoke: The Beginnings of World War II, the End of Civilization (2008) offers a revised history of the beginnings of World War II. It questions the prevailing belief that the Allies wanted to avoid the war, but could not due to the provocation of Hitler’s actions. Baker uses original documents to suggest that the leaders of the USA and the UK had actually provoked Germany, and Japan, to enter into the war. In the epilogue to the book, he provocatively suggests that the pacifists (often vilified by WWII historians) might have failed, “but they were right.”

Deadline: A desperate plea to stop the trashing of America’s historic newspapers

Grab Me a Gondola

The Author vs. the Library

My Life as Harold

From the index of first lines [poem]

Leading With the Grumper

Baker, Nicholson. “Leading With the Grumper.” The New York Review of Books,August 11, 1994.

Survival of the Fittest

The Size of Thoughts

Baker, Nicholson. “The Size of Thoughts.” The Atlantic, March 1983.

Words as Cotton Candy (An autobiography)

Weightlessness in the mountains, living classrooms

A Reading of The Anthologist 10/10

A Reading of The Anthologist 9/10

A Reading of The Anthologist 8/10

A Reading of The Anthologist 7/10

A Reading of The Anthologist 6/10

A Reading of The Anthologist 5/10

A Reading of The Anthologist 4/10

A Reading of The Anthologist 3/10

A Reading of The Anthologist 2/10

A Reading of The Anthologist 1/10