Professor of Architecture at The European Graduate School / EGS. 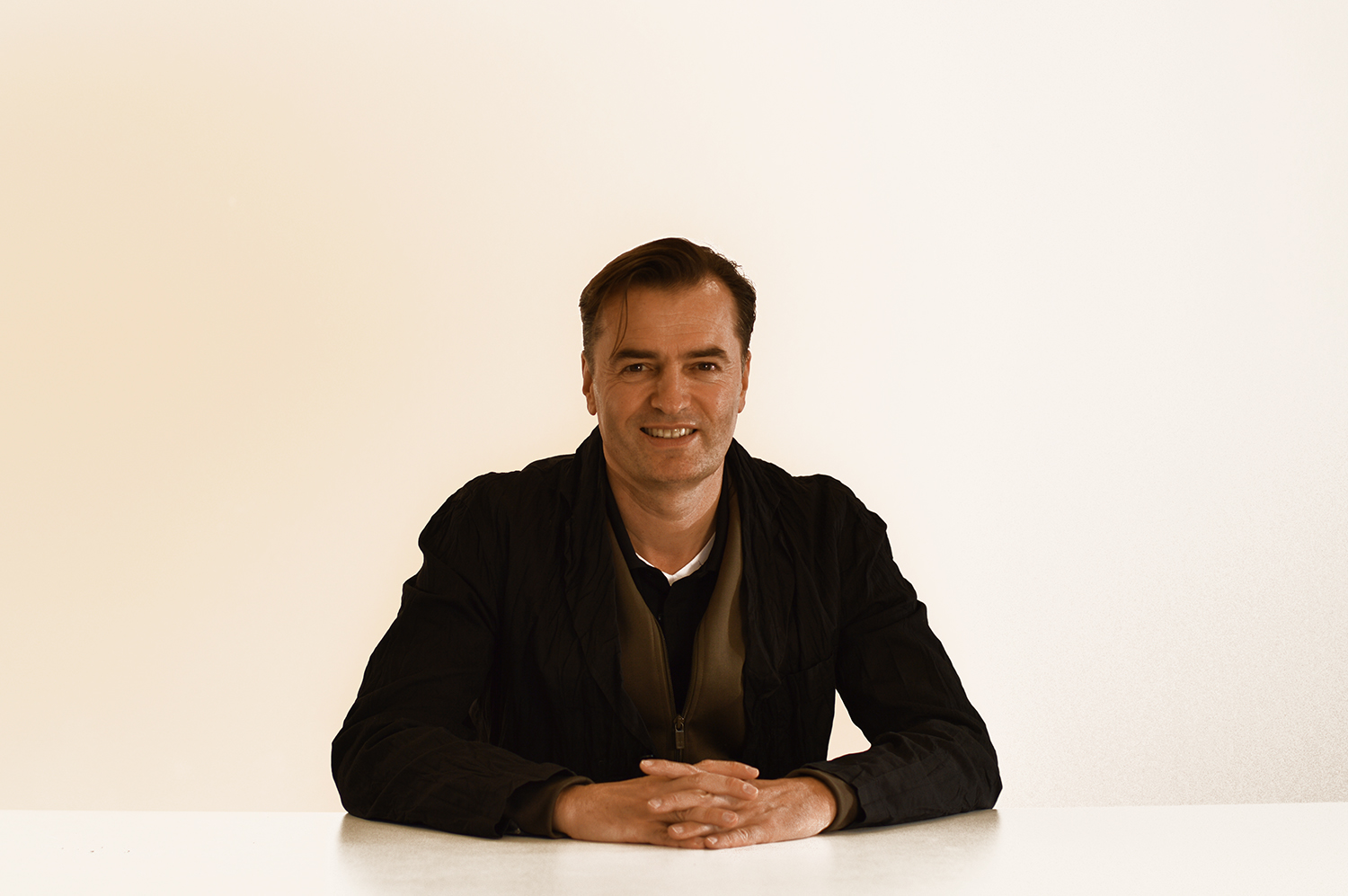 Patrik Schumacher (b. 1961) is a partner at Zaha Hadid Architects and founding director at the AA Design Research Lab. He joined Zaha Hadid in 1988 and has since been the co-author of many key projects, a.o. MAXXI – the National Italian Museum for Art and Architecture of the 21st century in Rome, Seoul’s Dong Daemon Design Centre, and the bid-winning design for Tokyo’s Olympic stadium for 2020. In 2010, he won the Royal Institute of British Architects’ Stirling Prize for excellence in architecture.

Patrik Schumacher studied philosophy, mathematics, and architecture in Bonn, London, and Stuttgart, where he received his Diploma in Architecture in 1990. In 1999, he completed his PhD at the Institute for Cultural Science, Klagenfurt University. In 1996, he founded the “Design Research Laboratory” with Brett Steele at the Architectural Association in London and continues to teach in the program. Since 2000, Patrik Schumacher is also guest professor at the University of Applied Arts in Vienna. In 2013, he was appointed as the first John Portman Chair in Architecture at Harvard University’s Graduate School of Design. In 2010 and 2012, he published the two volumes of his theoretical opus magnum The Autopoiesis of Architecture. In 2002, Patrik Schumacher curated Latent Utopias – Experiments within Contemporary Architecture, and he is currently planning the exhibition Parametricism – The New International Style.

In his much debated article Parametricism – A New Global Style for Architecture and Urban Design (2009), Patrik Schumacher argued that the global convergence in recent avant-garde architecture justifies the enunciation of a new style: Parametricism. The style is rooted in digital design techniques and takes full advantage of the computational revolution that drives contemporary civilization. Its latest refinements are based on advanced parametric design systems and scripting techniques. This style is poised to succeed modernism as a new epochal style for the twenty-first century. It thus closes the transitional period of uncertainty that was engendered by the crisis of modernism and that was marked by a series of short lived episodes including Postmodernism, Deconstructivism, and Minimalism. Thus, Schumacher argues that Parametricism is architecture’s answer to the momentous technological and socio-economic transformation of world society brought about by the information age.

In the second volume of his opus magnum, The Autopoiesis of Architecture, Vol.2: A New Agenda for Architecture, Schumacher proposes a new agenda for contemporary architecture in response to the challenges and opportunities posed by current societal and technological developments. The Volume ends with a manifesto for the new style of Parametricism, promoted as candidate to become the unified, epochal style for the twenty-first century. To be credible, a unified style must be backed up and guided by a unified theoretical system that is able to integrate many partial theories: a theory of architecture’s societal function, a theory of the discipline’s self-demarcation, a theory of the avant-garde, aesthetic theory, media theory, process theory, etc. The theory of architectural autopoiesis presents such an integrated theoretical system. It is nothing other than the rational reconstruction and systematization of a discursively evolving discipline made explicit as unified theory and opened up to criticism and constructive elaboration.

In his recent essay Parametric Semiology–The Design of Information Rich Environments (2013), Patrik Schumacher asserts that all design is communication design. The built environment—with its complex matrix of territorial distinctions—is a giant, navigable, information-rich interface of communication. Each territory is a communication. It gives potential social actors information about the communicative interactions to be expected within its bounds. It communicates an invitation to participate in the framed social situation. Designed spaces are spatial communications that frame and order further communications. They place the participants into specific constellations that are pertinent with respect to the anticipated communication situations. Like any communication, a spatial communication can be accepted or rejected, i.e., the space can be entered or exited. Entry implies accepting the communication as the premise for all further communication taking place within its boundaries. Crossing a territorial threshold makes a difference in terms of behavioral dispositions. Entry implies submission to the specific rules of conduct that the type of social situation inscribed within the territory prescribes. In this way, the designed-built environment orders social processes. This spells the unique, societal function of architecture: to order and frame communicative interaction.

In defence of capitalism