Professor of Music and Mediated Art at The European Graduate School / EGS. 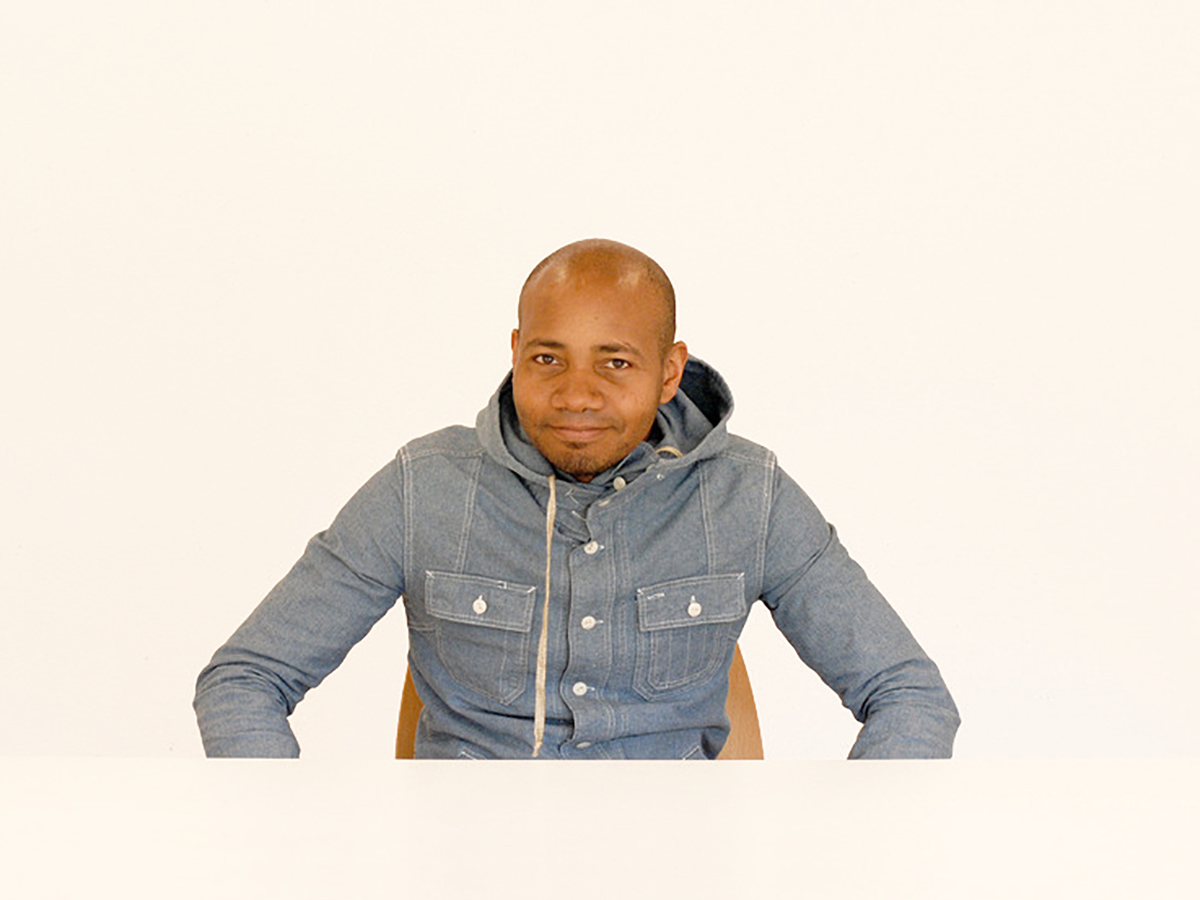 Paul D. Miller (b. 1970), more famously known by his stage name and self constructed persona “DJ Spooky, That Subliminal Kid,” is an experimental and electronic hip-hop musician, conceptual artist, and writer. He was born in 1970 in Washington, D.C., but has been based in New York City for many years. He is the son of one of Howard University’s former deans of law who died when he was only three and a mother who was in charge of a fabric shop of international repute. Paul Miller then spent the main part of his childhood in Washington, D.C.’s nurturing bohemia. Paul Miller is a Professor at The European Graduate School / EGS, where he teaches music mediated art. DJ Spooky is known for, amongst other things, his electronic experimentations in music known as both “illbient” and “trip hop.” His first album, Dead Dreamer, was released in 1996, and he has since then released over a dozen albums. He was the first editor of Artbyte: The Magazine of Digital Arts, which has since ceased publication. Miller’s articles have widely been published in magazines and journals, including The Source, The Village Voice, Artforum, Paper Magazine, and Rap Pages, among others.

Paul D. Miller studied in Maine at Bowdoin College, where he focused on his interests in philosophy and French literature. His thesis examines Richard Wagner’s theory of Gesamtkunstwerk (the total art work). After all, it is considered today an inaugural work of the contemporary new media revolution. In fact, very interestingly in a relatively early interview in 1997, Miller was asked what “originally got [him] interesting in performing/making music?” To which Miller gave a revealing answer, showing—perhaps surprisingly—his debt to continental philosophy:

“My first interest came from reading. When I was in college, I was studying a lot of philosophy. I felt more and more that music was a dynamic expression of what I was reading, like Kant and Hegel. I liked that dry, rationalist approach to things. I had a radio show in college called ‘Dr. Seuss’ Eclectic Jungle from ‘88 to ‘92. At first, it was just a hobby but then I became more and more enchanted with the whole thing. It was a chaos radio show. It was really noise-oriented with three turntables (playing at wrong speeds) and a sampler-like device. I would find out the source of the samples of a lot of the hip-hop I was hearing at the time- I really liked EPMD and Public Enemy. The radio station had a big archive so it was easy to find this stuff to play and mix it in. So you’d hear this distorted hip-hop with these extra loops when I put it together.”

DJ Spooky’s artwork employs a wide array of digitally-created music and multimedia to create a form of postmodern sculpture. Miller’s work is often referred to as both illbient and trip hop. Illbient is an umbrella term that merges the slang hip hop designation “ill”—a paradoxical positive expression using bad to mean good—and ambient. Originating in England, trip hop is a fusion of electronic music and hip-hop. Its distinctive feature being the absence of vocals and replacing them instead with abstract sounds.

The theory behind Paul D. Miller’s eclectic aesthetic can be traced through the book Rhythm Science. His ideas on digital media art center around the figure of the DJ as the generalized, post-subjective auteur of postmodern media. The idea of the mix is central to his work and his entire aesthetic, in which disparate connections are made between different times, cultures, and styles, and through which something new can emerge. His approach is a source of controversy regarding his heterogeneous oeuvre, which creates unexpected bridges linking the art gallery to the dance club to the concert hall.

Paul D. Miller has taken a turn towards film recently with such films as Rebirth of a Nation (2004). The project is a re-working and re-configuration of the infamous D. W. Griffith film Birth of a Nation, created by mixing in different images and sounds with the original film. The film attempts to create an aesthetic of the DJ through visual cut ups and layering. The aim, according to Paul D. Miller, was to see how the present audiovisual culture of fast editing, loops, and digitization was already configured by the style of D. W. Griffith back in the 1910s. Part of Paul D. Miller’s aim in this work is to express the interwoven nature of time and media in our post-modern era; through his work one can see ways in which that which one may want to call new is truly a layered expression of the old. His work leaves behind the idea of an origin and moves towards a more post-modern thinking. His work is also an attempt to show how current historical events resonate with the past, especially the uglier aspects of Western—and especially American—society.

Collaboration is very much a part of Miller’s aesthetic sensibility, and some of his recent projects are collaborations. The project ‘Unfinished Stories’ is created by DJ Spooky together with Francesca Harper, a dancer and choreographer with Bill Forsythe’s Frankfurt Ballet company, and Margo Jefferson, a critic for the New York Times and winner of the Pulitzer Prize. Miller has also been working on several books and novels, including the novel Flow My Blood the DJ Said.

In 2009, Miller (aka DJ Spooky) presented The Science of Terra Nova at the American Museum of Natural History. This was a presentation of his project called Terra Nova: Sinfonia Antarctica on the changing face of Antarctica in the wake of global climate change. In his effort to better understand the fragile environment and ecosystem of Antarctica, Miller traveled to the continent with a mobile recording studio in order to capture sounds of ice and the reverberations it produces. The project embraces a multi-media approach, including video, sound, and images.

In addition to the many albums and remixes he has released, DJ Spooky is the author of the critically acclaimed Rhythm Science (2004). He has collaborated with many of the world’s pre-eminent composers and musicians, including Yoko Ono, Butch Morris, Ryuichi Sakamoto, Iannis Xenakis, Thurston Moore from Sonic Youth, Killa Priest of Wu-Tang Clan, Kool Keith a.k.a. Doctor Octagon, and many others. Paul D. Miller’s artistic work has appeared internationally in many prestigious exhibitions and galleries, including The Andy Warhol Museum (Pittsburgh), Vienna Kunsthalle, the Ludwig Museum (Cologne), and the Venice Biennale for Architecture (2000).

Miller is also the editor of Sound Unbound: Sampling Digital Music and Culture(2008). Rhythm Science was about how things flow musically, while Sound Unboundis about the remix. More precisely, it is about how music, art, and literature have blurred the lines between what an artist can do and what a composer can create. In Sound Unbound, Paul Miller has asked fellow artists to describe in their own words their work and song composition approaches.

Music and The Metrics of Happiness

Dialectics of Landscape and Composition

Art as the Interface between Nature and Artifice

Patterns and Structures in Digital Media

Pattern Recognition and Structures of Information