Jean Baudrillard Chair and Professor of Philosophy at The European Graduate School / EGS. 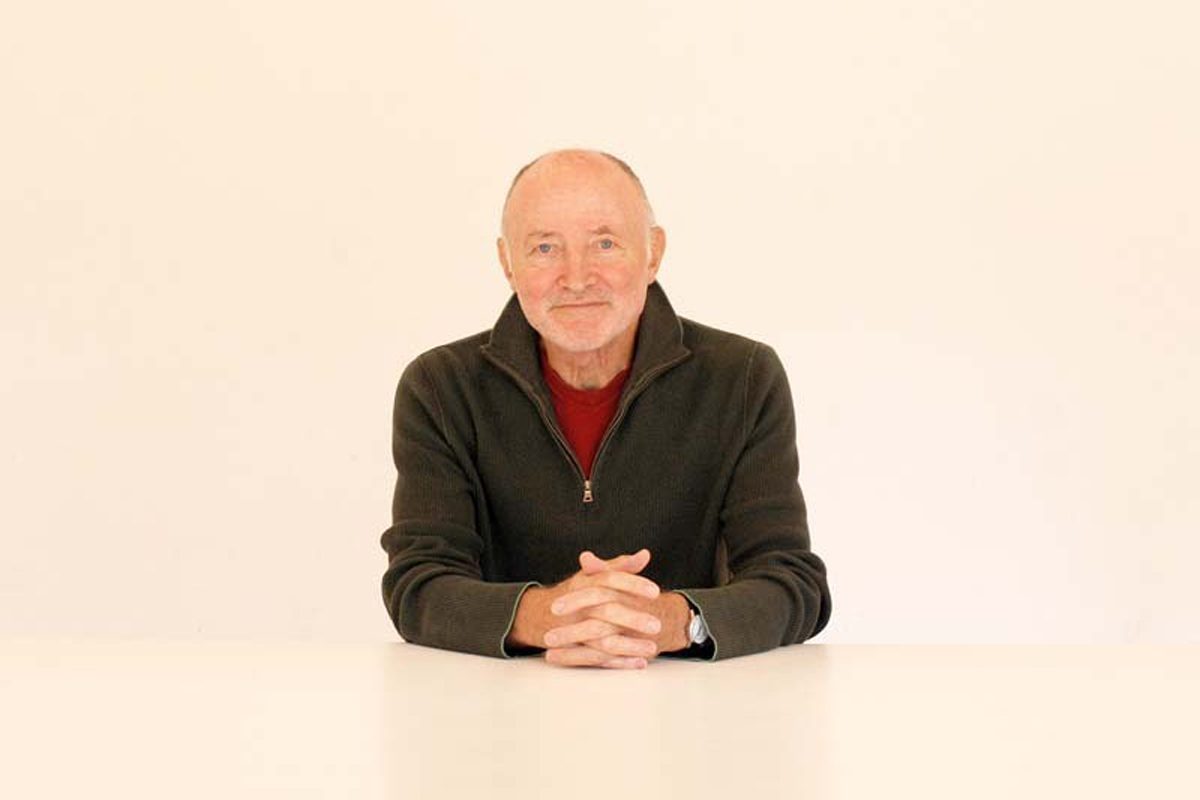 Sylvère Lotringer (b. 1938) is a literary critic, cultural theorist, and editor. He is the Jean Baudrillard Chair at The European Graduate School / EGS where he teaches philosophy and is Professor Emeritus of French Literature and Philosophy at Columbia University. Based in New York and Baja California, Lotringer is probably best known as the founder and editor of Semiotext(e), the influential publishing house instrumental in introducing much of French poststructuralist and contemporary theory to an American audience, as well as co-authoring a number of books with Paul Virilio and Jean Baudrillard. Lotringer sees himself as a “foreign agent provocateur” and has dedicated much of his life to bring together French theory and contemporary American art.

Born in Paris, Sylvère Lotringer spent much of his childhood as a “hidden child” during the German occupation of France. In 1949, he emigrated with his family to Israel but returned to Paris a year later to join Hashomer-Hatzair, a leftist Zionist group, where he remained for eight years. Before beginning his studies at the Sorbonne in 1958, he joined George Perec’s magazine collective, La Ligne Generale, which was both lauded by Henri Lefebvre and criticized by Simone de Beauvoir. Subsequently, he founded the literary magazine L’Etrave and became politically active in leading student mobilizations against the Algerian War. In 1962, Lotringer left for the USA then to Erzurum, Turkey, where he taught, in order to avoid the draft for the Algerian War. He returned to complete his studies receiving his doctorate in 1967 from the École pratique des hautes études with a dissertation on Virginia Woolf supervised by Roland Barthes and Lucien Goldmann. After teaching in Sydney in 1968, far from the Paris upheavals, he returned to the United States in 1969, where he taught first at Swarthmore College before joining the French and Comparative Literature Faculty at Columbia University in 1972.

Confronted with a different leftist intellectual scene in the United States, dominated by the post-Frankfurt School and Marxism, Sylvère Lotringer decided to introduce more fluid and rhizomatic ideas of power and desire as formulated by Gilles Deleuze, Félix Guattari, and Michel Foucault to the USA. As he explains in a 1990 interview in Pataphysics Magazine, it occurred to him that artists like John Cage and Merce Cunningham were the real thinkers in America and that their artistic practice came very close to French post-1968 theory. As a strategy to position himself outside of academia while still being part of it, Lotringer founded a journal with a group of Columbia students entitled Semiotext(e) in 1974. The idea was to discuss the epistemology of semiotics through the practice of “materialist” semiotics. Feeling limited by its linguistic model, Lotringer then turned to visual arts and the examination of non-verbal signs. In 1975, as part of the journal’s provocative activities, they organized a “Schizo-Culture” conference on madness and prisons at Columbia University. For the first time, major American artists like John Cage and William S. Burroughs had the opportunity to meet French thinkers like Michel Foucault, Gilles Deleuze, Félix Guattari, and Jean-François Lyotard. More than two thousand people attended the event which helped Sylvère Lotringer redefine the concept of Semiotext(e). It was also a first step in reminding Americans of their writer William S. Burroughs. Subsequent Semiotext(e) issues were made as collages of images and texts instead of the standard scholarly format; they mixed together academic culture, street culture, theory, art, and politics. Drawing on the experience of the first event, Lotringer organized The Nova Convention in 1978, a three-day homage to William S. Burroughs, featuring performances by Patti Smith, Frank Zappa, Laurie Anderson, Robert Anton Wilson, and Timothy Leary. After noticing a shift in the cultural life of New York that changed the collectivist spirit of the 1970s into a more individualist character, Lotringer ceased publication of the journal. Instead, he started the influential Semiotext(e) book series entitled Foreign Agents, responsible for introducing, among others, the work of Jean Baudrillard, Gilles Deleuze, and Paul Virilio to American audiences.

One of Sylvère Lotringer’s major interests lies in the alternative social movements that challenge current power relations. Calling himself a “foreign agent provocateur” in the USA, he traveled to Italy in 1979 to document the post-Marxist Autonomia movement, which was later published as Italy: Autonomia – Post-Political Politics (1980). In the 1990s, he invited Dhoruba Bin-Wahad, a former Black Panther, to collaborate on the publication of an anthology of writings entitled Still Black, Still Strong. His interest in radical leftist movements is also reflected in his inclusion of two articles by former Red Army Fraction member Ulrike Meinhof in the Semiotext(e) reader Hatred of Capitalism. In the past decade, Lotringer has published additional works by Paolo Virno, Christian Marazzi and Antonio Negri, underscoring his renewed interest in Italian political theory.

In his theoretical writings and interpretations of French theory, Sylvère Lotringer often focuses on the relationship between modernist literature and fascism, examining works by Antonin Artaud, Georges Bataillle, and Simone Weil. The strategy of a Trojan horse, as he has defined it, allows Lotringer to remain a foreign element in various domains of intellectual life, inhabiting the cracks between art, radical activism, and academia while providing links for a permanent exchange of ideas between thinkers in Europe and the United States. Among the numerous books Lotringer has published are three that he co-authored with Paul Virilio (Pure War [1983], Crepuscular Dawn [2002], and The Accident of Art [2005]), as well as three with Jean Baudrillard (Forget Foucault [1986], Oublier Artaud [2005], and The Conspiracy of Art [2005]). With Chris Kraus, his former wife and Semiotext(e) co-editor as well as the EGS faculty member, he collaborated on her debut novel I Love Dick (1997) and Hatred of Capitalism: A Semiotext(e) Reader (2001), which features texts by many of the theorists and artists that influenced Lotringer or whose career he helped support.

A strong reader and interpreter of Jean Baudrillard, Sylvère Lotringer defines our current situation in similar terms: submersed in the capitalist system and functioning as a Möbius strip, no longer with its “other side.” According to Lotringer, capitalism is crawling inside each of us and has changed even the autonomous position of the artist. If the art of yesterday had as its aim resistance to tradition, accepted ideas, and prejudices, today’s art world is dominated by commercial interests and profit, and the art is made by gallerists, curators, collectors, and enterprising global art institutions. Sylvère Lotringer’s position is not a melancholic one, idealizing the times since past; rather, he believes that the form in which art exists today is the one we probably deserve. Being aware of the permanent flux of things and the possibility of change, he reminds us to keep pushing the creative energy of capitalism in other directions, escaping its reduction to commerce. If capitalism and its mechanisms never sleep, then the anti-capitalist strategy must be the same, always active and striking back. When it comes to the role of engaged thinking in this changed context, according to Lotringer, there has been no other period in the history of humankind when ideas were more needed than now.

Video, the Female, and the Universal Eye 1/8

In the Shadow of the Silent Majorities 8/8

In the Shadow of the Silent Majorities 7/8

In the Shadow of the Silent Majorities 6/8

In the Shadow of the Silent Majorities 5/8

In the Shadow of the Silent Majorities 4/8

In the Shadow of the Silent Majorities 3/8

In the Shadow of the Silent Majorities 2/8

In the Shadow of the Silent Majorities 1/8