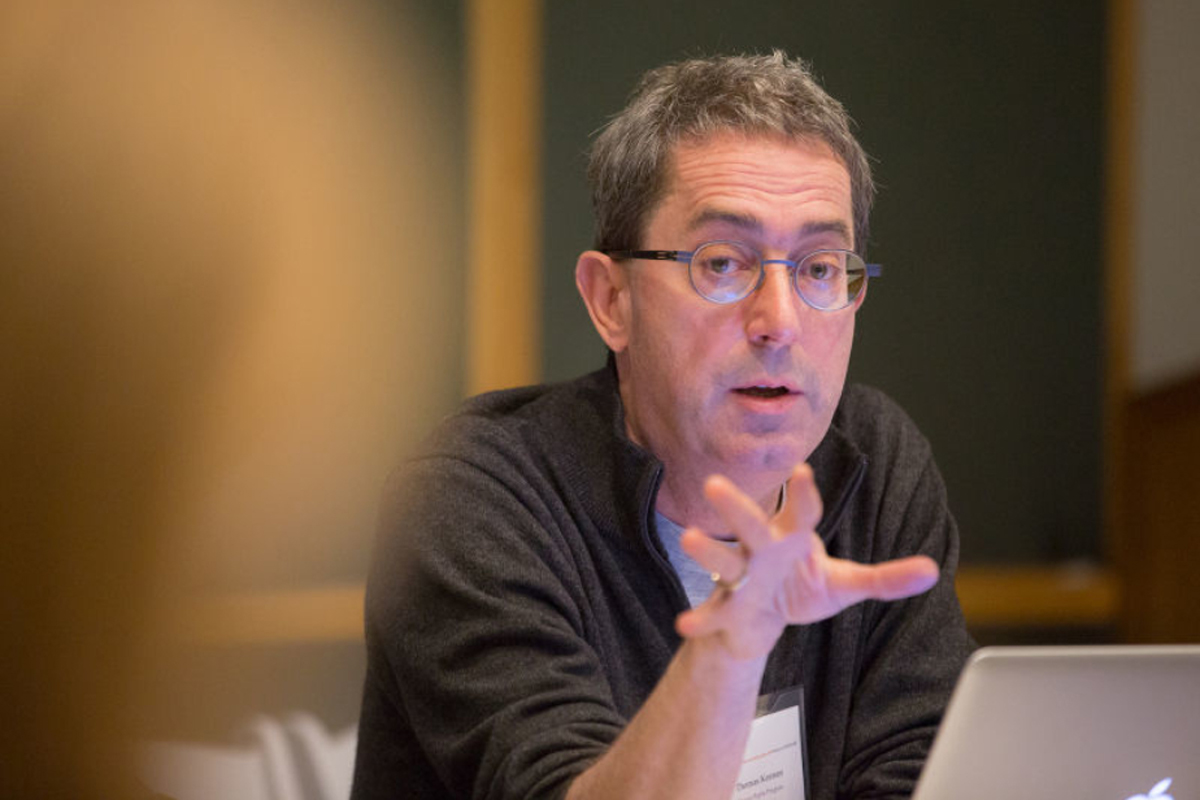 Thomas Keenan is the Associate Professor of Comparative Literature and Director of Human Rights Program at Bard College (Annandale-on-Hudson, USA). He received his B.A. from Amherst College and a Master of Philosophy and Ph.D. from Yale University. His research interests revolve around media and conflict; literary and political theory; humanitarianism and human rights; violence and politics. In the field of human rights, Keenan has worked closely with the Soros Documentary Fund, WITNESS and The Journal of Human Rights.

In 1997, he published Fables of Responsibility: Aberrations and Predicaments in Ethics and Politics. This work began as a dissertation at Yale University and it is heavily influenced by Jacques Derrida and Paul de Man. It explores the relationship between literature and politics by focusing on the question of reading. For Keenan, reading can be best described as the exposure to the singularity of the text and, in this sense, “reading is the expression of responsibility.” However, according to Keenan, this responsibility is not something prescriptive or based on some kind of security – it is something that is situated “as an asymmetry or an interruption between the orders of the cognitive and action.” In order to establish a connection between literature and democracy, Keenan actually describes literature as an exposure to the risk of essential undecidability.

Together with Wendy Hui Kyong Chun, Keenan edited a collection of essays which explore the relationship between old and new in the age of digital culture New Media, Old Media: A History and Theory Reader (2005). Other books that he edited are: The End(s) of Museum (with John G. Hanhard, 1996), The Human Snapshot (with Tirdad Zolghadr, 2013) and The Flood of Rights (with Suhail Malik and Tirdad Zolghadr, 2016). Keenan is also an editorial and advisory board member of Journal of Human Rights, Grey Room, Humanity, and Scholars at Risk Network.

“Migration and the Politics of Humanitarianism”

“How to Make a Refugee”