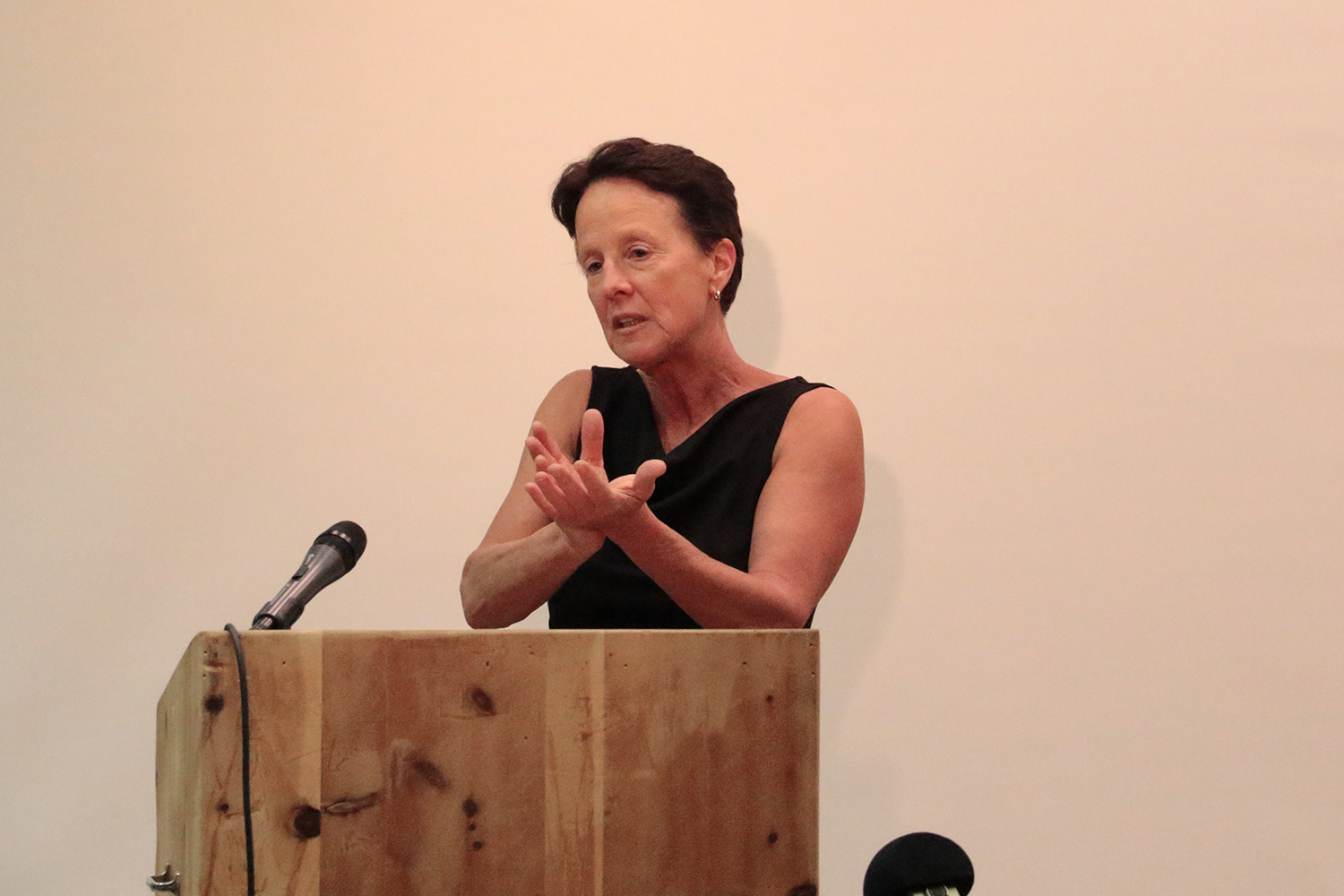 Wendy Brown (b. 1955) is Class of 1936 First Professor of Political Science at the University of California Berkeley. Her research interests include the history of political and social theory, Continental philosophy, and critical theory, together with the examination of contemporary capitalism. In her research into the problems that plague contemporary capitalism and neoliberalism, she employs theoretical works of Michel Foucault, Max Weber, Sigmund Freud, Friedrich Nietzsche, Karl Marx, and Frankfurt school.

Edgework: Critical Essays on Knowledge and Politics (2005) consists of seven articles which were all written for some particular occasion. Brown emphasises this trait of her book and claims that “such occasions mimic, in certain ways, the experience of the political realm: one is challenged to think here, now, about a problem that is set and framed by someone else, and to do so before a particular audience or in dialogue with others not of one’s own choosing.” Every essay in this book begins with a particular problem: what is the relationship between love, loyalty, and dissent in contemporary American political life?; how did neoliberal rationality become a form of governmentality?; what are the main problems of women’s studies programs?, etc. According to Brown, the aim of these essays is not to produce definitive answers to the given questions but “to critically interrogate the framing and naming practices, challenge the dogmas (including those of the Left and of feminism), and discern the constitutive powers shaping the problem at hand.”

In Regulating Aversion: Tolerance in the Age of Identity and Empire (2006), Wendy Brown subverts the usual and widely accepted conception that tolerance is one of the most remarkable achievements of the modern Western world. She argues that tolerance cannot be perceived as a complete opposite to violence, but that can also be used to justify violence. In order to substantiate this thesis, Brown associates tolerance with figures like George W. Bush, Jimmy Carter, Samuel Huntington, Susan Okin, Michael Ignatieff, Bernard Lewis, and Seyla Benhabib and claims that “tolerance as a political practice is always conferred by the dominant, it is always a certain expression of domination even as it offers protection or incorporation to the less powerful.”

Walled States, Waning Sovereignty (2010) examines the revival of wall-building in the contemporary world. She shows that the function of these walls is ultimately problematic because they cannot stop crimes, migration, or smuggling, cannot play a defensive role in the case of a war like they did in the past, and they cannot do anything against potential terrorist attacks. However, even if they cannot stop all these threats, walls still have an important symbolic function which Brown explores in her book.

Her most recent work Undoing the Demos: Neoliberalism’s Stealth Revolution (2015) uses Michel Foucault’s The Birth of Biopolitics to analyze the hollowing and evisceration of democracy under neoliberal rationality. Brown describes neoliberalism as a furtive attack on the very foundation of democracy. She treats “neoliberalism as a governing rationality through which everything is “economized” and in a very specific way: human beings become market actors and nothing but, every field of activity is seen as a market, and every entity (whether public or private, whether person, business, or state) is governed as a firm. Importantly, this is not merely a matter of extending commodification and monetization everywhere, as in the old Marxist depiction of capital’s transformation of everyday life. Neoliberalism construes even non-wealth generating spheres—such as learning, dating, or exercising—in market terms, submits them to market metrics, and governs them with market techniques and practices. Above all, it casts people as human capital who must constantly tend to their own present and future value.” To be saved, democracy again needs to become not only the object of theoretical rethinking but also of political struggle.