Arthur Schopenhauer Chair and Professor of Philosophy at The European Graduate School / EGS. 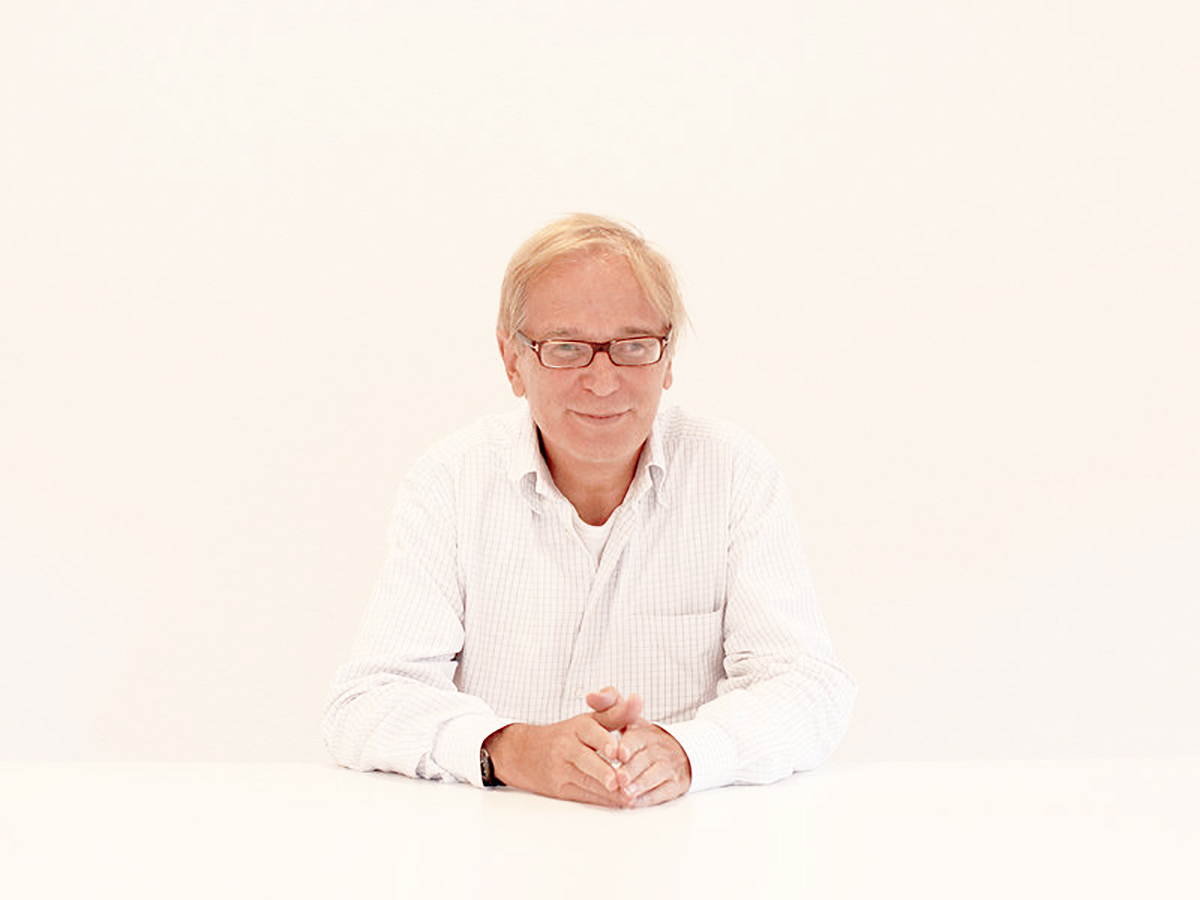 Wolfgang Schirmacher (b. 1944) is a philosopher of technology. He is currently a professor of philosophy and the philosophy of technology, as well as the Arthur Schopenhauer Chair at The European Graduate School / EGS. In 1998, Wolfgang Schirmacher founded the Media and Communications division of The EGS (renamed the Division of Philosophy, Art & Critical Thought). He was the founding dean of the Media and Communications division until 2006 and program director until 2015. Heavily influenced by Schopenhauer, Nietzsche, and Heidegger, Schirmacher has coined the interrelated concepts of the homo generator and life techniques, as well as offered his own highly affirmative interpretation of the notion of artificial life.

Schirmacher was born in Dresden, Germany, in 1944, and emigrated to West Germany in 1957. He began his academic career at the University of Hamburg and the Hochschule der Bundeswehr (the University of the Armed Forces), where he taught methods of social research. In 1985, he moved to New York and became the Director of the International Relations, Philosophy, and Technology Studies Center of the Polytechnic University of New York. He was also a core faculty member of the Media Studies Graduate Program at the New School for Social Research.

The groundwork for Wolfgang Schirmacher’s thinking was laid out in his 1980 dissertation Ereignis Technik: Heidegger und die Frage nach der Technik (The Event of Technology: Heidegger and the Question Concerning Technology). At first only available in a number of university libraries, it was still sought after by a small but influential circle of scholars. Later, Schirmacher turned his dissertation into two books that take their cues from where the late Heidegger left off: Technik und Gelassenheit (Technology and Gelassenheit, 1983) and Ereignis Technik (The Event of Technology, 1990).

Perhaps the most central concept of Wolfgang Schirmacher’s philosophy is homo generator. It intends to replace the notions of homo sapiens, homo faber, or homo creator, which, in his perspective, have become irrelevant with the advent of advanced technology. It no longer suffices to see humans as bearers of knowledge or as making and creating things in a deterministic fashion. What homo generatordoes is joyfully create worlds in which he or she engages openings for new futures toward which he or she bears responsibility. In Ereignis Technik, he writes: “Man the technician [i.e. homo generator] does not work but spends his days playing and dancing; his sister is Jenny Holzer, his brother Zarathustra. Gaily and full of confidence in his abilities, this authentic technician lives in novelty, which is created through him.”

Wolfgang Schirmacher believes that technology is the life form appropriate to human beings. While he can be said to be a techno-optimist, he is very much aware of technology’s dangers, a lesson learned from Heidegger’s “The Question Concerning Technology,” in which the German philosopher warns us that technology’s saving power is simultaneously its biggest threat to mankind. “Life-technology and death-technology concern the same problematic and are struggling in a dialectic of identity and difference,” as Schirmacher writes in Ereignis Technik.When he advocates, as he does in “Homo Generator: The Challenge of Gene Technology” (1987), to engage with genetic technology and even change the genetic makeup of humans––arguing that genetic manipulation of bacteria, plants, animals, and humans are only different in degrees and not in quality––he cannot divorce this from our responsibility toward the world: “…responsibility is a characteristic of our life-technology from the very beginning. If we fail in this responsibility, we shall die as a species, for in artificiality we respond to our nature––well or badly.” Although, in this essay, he dates the emergence of homo generator to the appearance of gene technology, it can be argued that it is primarily the perspective on authenticity and on openness that makes humans homini generatori, and that, therefore, we were always, at least potentially, already such. In a conversation with Jean-François Lyotard, Schirmacher explains: “An artificial life is led as the art of life, by a person who exists authentically, whose ethic is anthropologically characterized by openness” (“Homo Generator in the Postmodern Discussion”). Thus, humans are always already artificial beings, but the “artificial” primarily points towards the art of life and his view that such a life can make no claim for authenticity beyond itself. He writes: “We could not have discovered gene technology or virtual reality as human capability if it did not belong to our nature and if it were not a characteristic of our life technology” (“Homo Generator: Media and Postmodern Technology”).

The philosopher’s strong emphasis on openness is also reflected in his call to stop thinking in terms of ‘tools’ and replace them with the notion of “life techniques.” Tools, in Schirmacher’s reading, are artifacts to shape the world in a deterministic––and thus ethically problematic and potentially dangerous––way, whereas life techniques are the ensemble of techniques and technologies to engage with the world in a non-deterministic way. The concept of “life techniques” also goes beyond what is traditionally termed “tools” or “instruments”: life techniques can be technological artifacts as such, insofar as they let us engage with the world, but breathing, dwelling, or playing can also be said to be life techniques. While tools tend to narrow or even close down potential meanings, life techniques open them up. Only this shift in perspective allows for the element of surprise, for innovation, and for previously un-thought futures.

Wolfgang Schirmacher’s philosophy is a philosophy of life as much as it is a philosophy of technology. While he believes in the freedom to end one’s own life when the time has come to do so (reflected in the German word for suicide, Freitod, free death), his writing is infused with the affirmation of all life and all that is worth living for. He claims that we fear death because we fear not having lived. Although himself a strong theorist, Schirmacher privileges life over theory in his oft-repeated catch-phrase, “Get a life before you get a theory.” The experience of life offers the perspective that allows us to examine the world through theory; art and play, not theory, are the privileged practices to engage with the world.

General Editor and Founder of Atropos Press and editor of the Think Media series, since 2004.

The End of Metaphysics

Media Philosophy and the Concept of Geviert