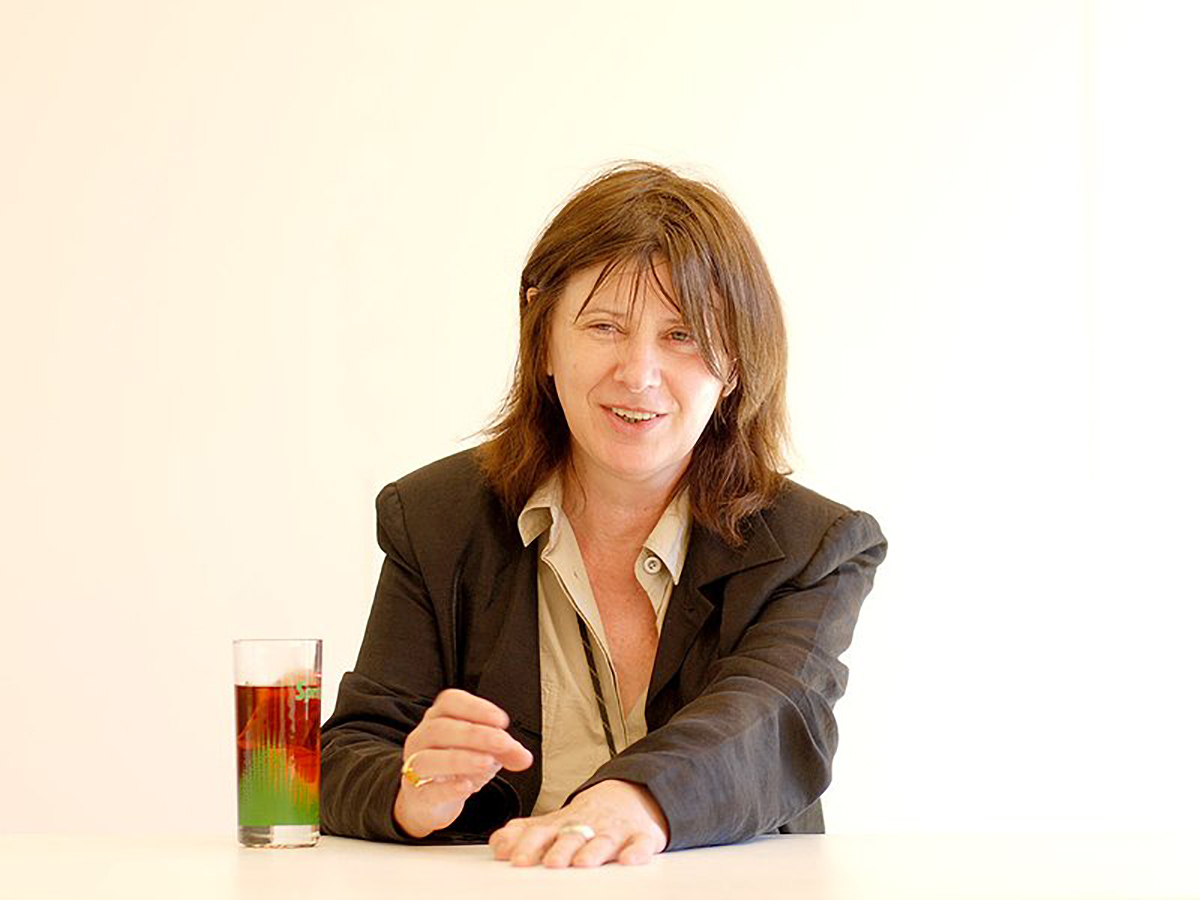 Catherine Breillat (b. 1948) is a Paris-based filmmaker and writer. Born in Bressuire, France, she is well-known not only for her distinctively personal and controversial films on sexuality, gender trouble, and sibling rivalry but also for her best-selling novels. In addition, she has written screenplays for directors such as Maurice Pialat (Police, 1985), Federico Fellini (And the Ship Sails On, 1983), and Liliana Cavani (The Skin, 1981), among others.

In her films, Catherine Breillat treats sexuality not as an object but as a subject, confronting the viewer with a female’s understanding of her own sexuality. Her subjects include the adolescent obsession with the loss of virginity (Une vraie jeune fille, 1976; 36 Fillette, 1988), female masochism (Romance, 1999), the seemingly unbridgeable gulf between an older woman and a younger man (Parfait amour!, 1996; Brève traversée, 2001), and female sexuality as a potent force that is repressed and made obscene by its patriarchal bedmate. The sexual acts in Breillat’s films are not only sexually explicit but very often unsimulated, earning her the unfortunate label of being “the auteur of porn,” obscuring a much more important reading of her work within the history of modernist filmmaking. Although much of her work focuses on women’s relationship to desire, Catherine Breillat also believes that men must re-examine their own sexuality and the way it has been affected by women’s social advancement.

Since her career began, Breillat has encountered much controversy. Her first novel, the erotic L’Homme facile, published at the age of seventeen, was banned from being sold to anyone under eighteen years of age in France. She was baptized into cinema as an actress in 1972 with her supporting role in Bernando Bertolucci’s groundbreaking film Last Tango in Paris, alongside her sister Marie-Helene. In 1975, Catherine Breillat transitioned to filmmaking herself with an adaptation of her fourth novel Le Soupirail, retitled Une vraie jeune fille. Due to the bankruptcy of her producers and the film’s shocking content, which caused it to be banned, the film was first released twenty-five years later in 2000. According to some observers, this film represents Breillat at her most “Bataillesque” in its transgressive look at the sexual awakening of an adolescent girl. By combining abstract images of female genitalia, mud, and rodents with a realist account of a young girl’s sexual awakening, the film does not offer the expected visual pleasure it anticipates, thereby escaping a commodity-driven system of distribution.

Catherine Breillat’s refusal to make conventionally erotic images or films has led to a myriad of censorship issues throughout her career. Her second film,Tapage Nocturne (1979), again detailing the sexual longing of a young woman, was also met with censorship. The film was released but only for audiences over the age of eighteen. With her third film, 36 Fillette (1988), Breillat gained a measure of international attention. Her main character, Lili, a voluptuous 14-year-old French girl literally bursting out of the children’s dress size as stated in the title, discovers her sexuality while on vacation with her family. Self-aware and rebellious, she becomes involved in an emotionally charged and mutually manipulative relationship with an aging playboy.

It was with the release of her sixth feature, Romance, in 1999, that Catherine Breillat faced international censorship with the film being either banned or given an X rating. Declaring ironically that the X certificate was linked to the X chromosome, Breillat’s reaction was echoed by the French poster depicting a naked woman with her hand between her legs. The source of trouble seemed to lie in a woman who is in touch with her own sense of sexual pleasure. The film is about a woman, Marie, whose partner refuses to have sex with her. Her frustration takes her through a series of affairs in an attempt to not only find pleasure but to gain a better understanding of her own desire. By casting Rocco Siffredi, a famous Italian porn star, as one of Marie’s lovers, Catherine Breillat not only provoked a world-wide discussion on pornography but at the same time extended the language of mainstream movies.

In À ma soeur! (2001), Breillat tells the story of the rivalry and sexual awakening of two teenage sisters. The older sister, Elena, is fifteen, slim, and attractive, while the other sister, Anaïs, is twelve, overweight, and subject to Elena’s hostility. We see Anaïs being confronted with her sister’s awakening sexuality and the power of seduction that eludes her. The film ends with a scene in which both sisters and their mother are driving on the highway. A man suddenly jumps through the windshield, killing both Elena and her mother. The killer takes Anaïs into the woods and rapes her. The scene is horrifying in itself, though it is rendered even more shocking by the apparent lack of resistance on the part of Anaïs. As she is escorted out of the woods by the police, we hear them say that Anaïs claims that no rape took place.

Probing deeper into the uncharted possibilities of representing sex and sexuality, Breillat masterfully crafts a terrifying tableaux vivant of the female body in Anatomie de l’enfer (2004). An unnamed woman searching for her sexual identity becomes involved with an unnamed, misogynistic man (played again by Rocco Siffredi). She strikes a contractual deal with him, enacted across a series of nocturnal meetings, to put her body on display for him at the center of a clinically lit room, reminiscent of both the classical Renaissance nude and the sanitized image of the body in Western medicine and pornography. Playing with religious references, Breillat strikes at the Judeo-Christian roots of perversion and obscenity, resurrecting the body from the hell to which it has been banished.

Breillat’s next feature, Une vieille maîtresse (2007), gained unanimous praise from both audiences and critics across the world. Featuring one of the most fearless actors of our generation, Asia Argento, the film is based on a controversial novel by nineteenth century French writer, Jules-Amédée Barbey d’Aurevilly. Before getting married to a young and innocent bride-to-be, Ryno de Marigny makes a last visit to his Spanish mistress La Vellini, in order to bid her farewell. As lurid speculations of Ryno’s ten-year affair with the carnal Vellini surface, a supremely erotic and wickedly humorous depiction of human lust is revealed, overriding the brittle facade of nobility and propriety. This film is just one example of Breillat’s use of unorthodox casting to amplify the complexities of her characters. Since then, she has made Barbe bleue (2009), an adaptation of the fairy tale Bluebeard, and Abus de faiblesse(2013), starring Isabelle Huppert.

Perhaps the greatest influence on Catherine Breillat’s work is to be found in Italian neorealism, or at least in the idea of neorealism. She prefers long takes with few camera set-ups. She is very interested in documenting the quotidian, more fond of watching a young girl walking down the street than in setting that same character within an easily resolved conflict to keep the narrative moving. The key to Catherine Breillat’s films is in her resistance to simple and limited character development. Exposing the viewer to sexual encounters, she does not judge her characters or their desires, or tell us what to think about them. Her female characters are represented in highly complex terms. In Breillat’s films, we do not have easy access to the minds of women, as in mainstream films where a woman’s consciousness is always externalized, and this opacity of her characters only makes her films more meaningful. Believing that artists have an imperative to show images that are not “showable,” Catherine Breillat’s main aim is not to satisfy expectations but to confound them. And exactly this act allows the possibility for new ideas and new ways of seeing to emerge.

Q & A with Bluebeard’s Catherine Breillat: on Sisterly Love, Sadomasochism and Serial Killing

Some Words About Bluebeard with Catherine Breillat

Catherine Breillat Bares Her Romantic Side

The Last Mistress: An Interview with Catherine Breillat

Hell’s Angels: An Interview with Catherine Breillat on Anatomy of Hell

Breillat, Catherine, and Kevin Fox. “Hell’s Angels: An Interview with Catherine Breillat on Anatomy of Hell.” Senses of Cinema November (2004).

The Friday Interview: The Joy of Sex

Breillat, Catherine, and Libby Brooks. “The Friday Interview: The Joy of Sex.” The Guardian, November 23, 2001.

A Woman’s Vision of Shame and Desire: An Interview with Catherine Breillat