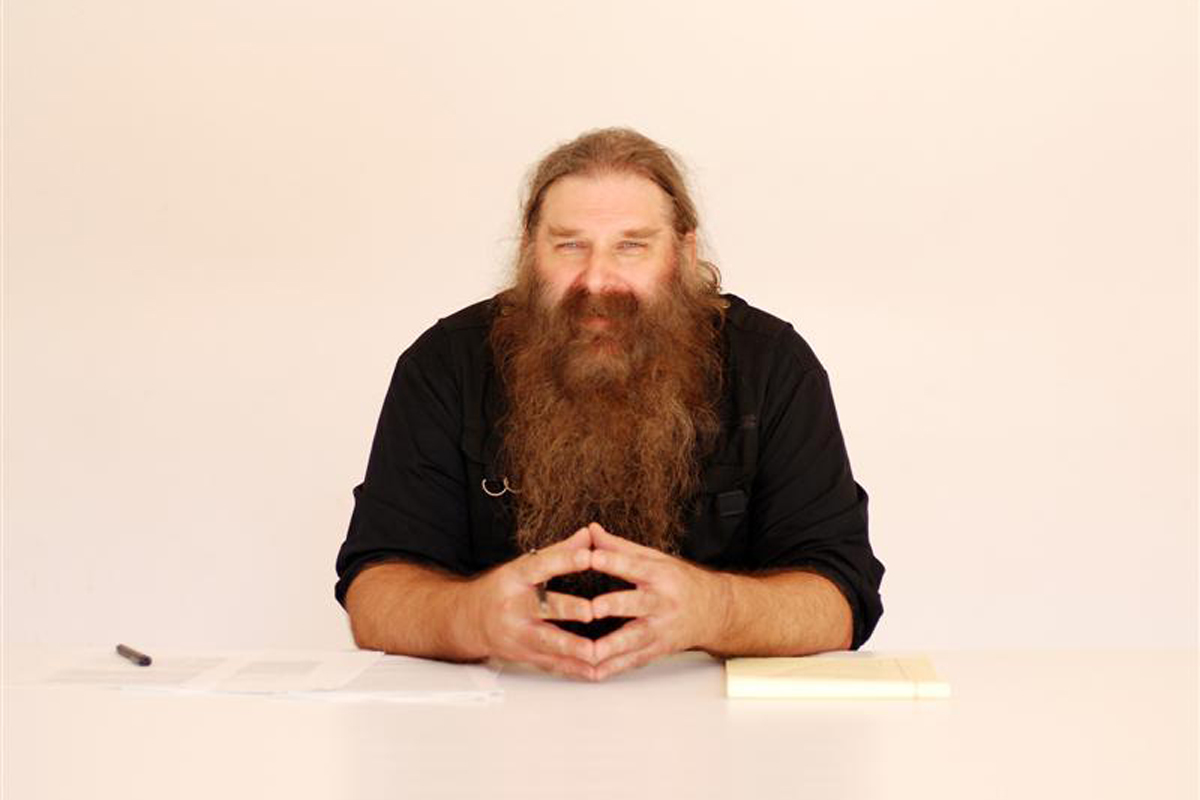 Thomas Zummer is an internationally acclaimed independent scholar, writer, artist, and curator. He is a professor of philosophy at The European Graduate School / EGS and an artist and lecturer at the Tyler School of Art at Temple University. He has been a visiting professor at many institutions including Brown University, New York University, The New School, Transart Institute (Linz), and Hogeschool Sint-Lukas (Brussels). He lives and works in Brooklyn, New York.

Born and raised in Michigan, Zummer’s academic career began with his undergraduate studies at Delta College and the University of Michigan, where he focused on paleozoology, philosophy, and cinema. In 1974, he moved to Hartford, Connecticut where, in 1976, he obtained his BFA at the Hartford Art School/University of Hartford with a thesis on aesthetics and cinema studies. From 1979–82, Zummer participated as a panelist and attended seminars at the Center for 20th Century Studies at the University of Wisconsin in Milwaukee. He went on to study philosophy and became a graduate faculty member at the New School for Social Research from 1980–81. In 1982, Zummer began his studies with Paul de Man and Jacques Derrida in the Comparative Literature department at Yale University. He then worked as a research assistant to Michel Foucault at the University of California, Berkeley. In addition to his studies with de Man, Derrida, and Foucault, Zummer studied with Umberto Eco, Paul Ricœur, and John Searle at the Institute for Semiotics and Structural Studies at the University of Toronto between the years 1981 and 1986.

Thomas Zummer is the author of multiple articles that investigate the borders of virtuality and reality, among them are “Projection and Dis/embodiment: Genealogies of the Virtual” (in Into the Light: The Projected Image in American Art 1964–1977), “Arrestments: Corporeality and Mediation” (in Suturas y fragmentos: Cuerpos y territorios en la ciencia-ficción, Fundación Antoni Tàpies), and “Variables: Notations on Stability, Permeability, and Plurality in Media Artifacts,” (in Saving the Image: Art After Film). Other publications include the essay “What the Hell is That?” (2000), which examines the history of cinematic monstrosity, and his semi-autobiographical essay “Os Innominatum” (Cabinet Magazine, 2007/08), where he explores the relationship of memory and philosophy. The essay is guided by his memories as they are retrieved through family photographs, drawing on his childhood in Saginaw, Michigan, while exploring the power of images and the nature of memory as it gains a phantasmatic essence. Thomas Zummer writes: “There is a phantasmatic aspect in the naturalization of the cinematic: we are haunted by images, traces of an elsewhere that we have made our own, domesticated fragments that we have compelled to enter into strange and familiar relations, differential economies of sense.” Zummer has also written on Eleanor Antin, Vik Muniz, Leslie Thornton, Heleen Decuininck, Harun Farocki, and others.

As an artist Thomas Zummer has a unique focus on process that expands notions of media. It has been said that for him, “it doesn’t matter whether one draws a grain of sand, a blade of grass, a motion-blur, scan lines or pixels, since in his hands the process of drawing is subjected to the same kind of scrutiny and unrelenting auto-deconstruction as the consideration of other, technically reproduced, shadows.” Starting in 1976, Zummer’s drawings, media, and sculptural works have been exhibited internationally including shows at the Museum van Hedendaagse Kunst (Antwerpen), Fundación Antoni Tapiès (Barcelona), Mütter Museum (Philadelphia), Frederieke Taylor Gallery (New York City), Marcel Sitcoske Gallery (San Francisco), and WhiteBox (New York City). Other exhibition venues have included Exit Art, Thread Waxing Space, and The Dia Foundation (all in New York City) as well as the CAPC in Bordeaux and Wigmore Hall in London. With his partner Leslie Thornton he has had a long collaboration with The Wooster Group, acting in many of their performances. In 2007, Thomas Zummer was an Artist-in-Residence at the haudenschild Garage in La Jolla, California. Additionally, Zummer has curated many exhibitions including exhibits at CinéClub/Anthology Film Archives, Thread Waxing Space, Wexner Center for the Arts, the Katonah Museum of Art, and the Palais des Beaux-Arts in Brussels. His exhibition CRASH: Nostalgia for the Absence of Cyberspace, co-curated with Robert Reynolds in 1994, broke new grounds in the possibilities of digital exhibitions.

Foucault, the apparatus and the sublime

Annotations on the Notion of Capture 4/4

Annotations on the Notion of Capture 3/4

Annotations on the Notion of Capture 2/4

Annotations on the Notion of Capture 1/4