Sigmund Freud Chair and Professor of Psychoanalysis at The European Graduate School / EGS. 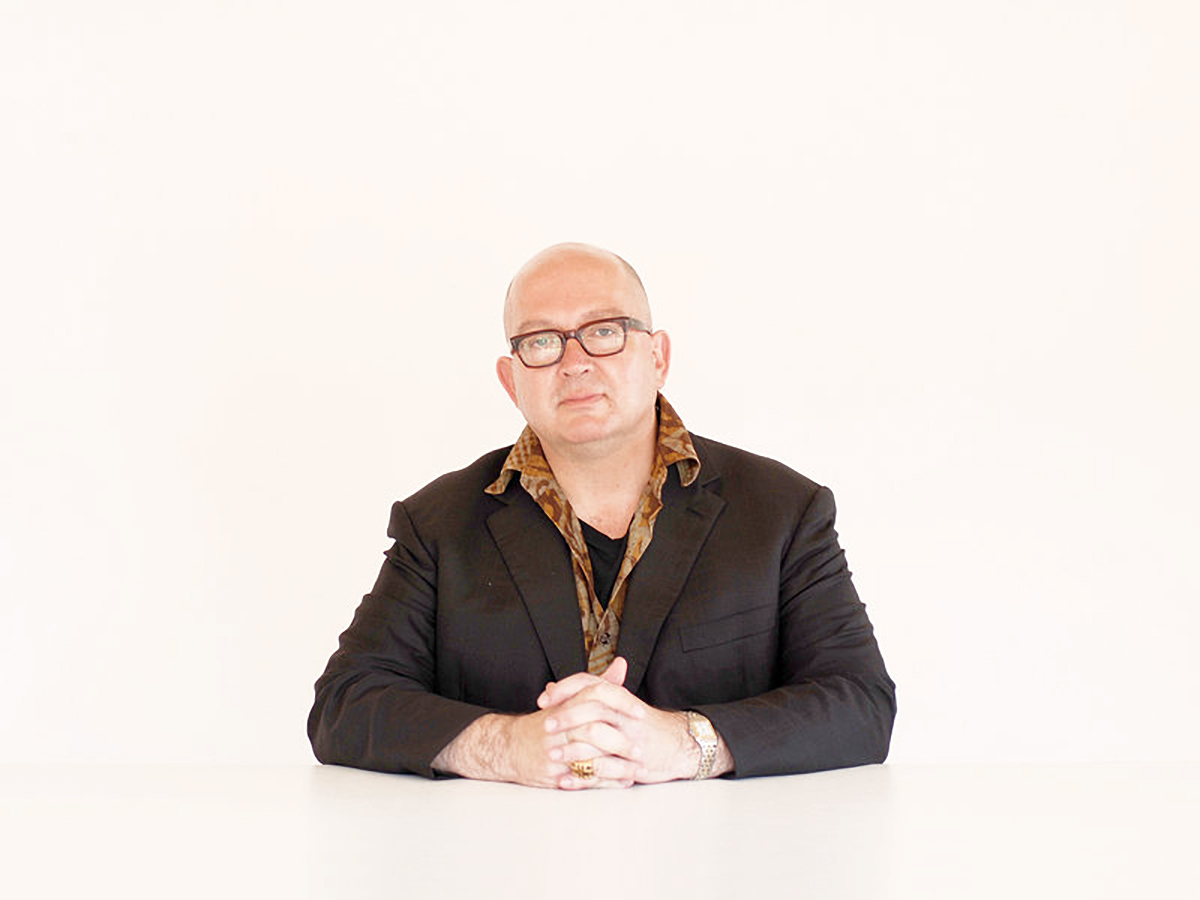 Laurence Arthur Rickels (b. 1954) is a psychotherapist and literary scholar. He is a professor of psychoanalysis and holds the Sigmund Freud Chair at The European Graduate School / EGS as well as is a professor for art and theory at the Staatliche Akademie der Bildenden Künste in Karlsruhe, Germany. Laurence Rickels is known for his work on mourning as well as his highly original psychoanalytical readings of such diverse topics as National Socialism, the state of California, vampirism, and the science fiction writer Philip K. Dick.

Laurence Rickels was born in Cherokee, Iowa. Already in 1972, three years before obtaining his BA in English Literature from the University of Pennsylvania, he was awarded second place of the Morton Prize for his work on inhibited mourning as a pathogenic force in Nazi concentration camp survivors. During this time Rickels was enrolled at the University of Pennsylvania though spent over a year at the Frei Universität Berlin where he successfully applied for admission for graduate studies in German literature. In 1980, he completed his PhD in German Literature and German Studies at Princeton University with a dissertation entitled The Iconic Imagination: Pictorial Signs in Lessing, Keller, and Kafka. Continuing his studies, Rickels received a master’s degree in clinical psychology at Antioch University, Santa Barbara in 1994. He was trained by the psychoanalyst Lawton Smith and completed his residency in psychotherapy also in Santa Barabara. From 1990 until 2011, Rickels taught at the University of California, Santa Barbara (UCSB) where he was professor of both Comparative Literature and German. Simultaneously, he was an adjunct professor in the Art Department and in the Film and Media Studies Department. Rickels is known for his graduate seminars on Goethe, the Frankfurt School, Haunted Thought, Hegel, and his infamous vampire lectures. Currently, Rickels divides his time between Karlsruhe, Berlin, and California.

Strongly influenced by psychoanalytic theory, Laurence Rickels’s work is formed through the interrelationships of psychoanalysis, the theories of the Frankfurt school, and deconstruction. Throughout his writing there is a clear commitment to processes of mourning, most notably in his first book, entitled Aberrations of Mourning: Writing on German Crypts (1988). His work challenges traditional literary studies by bringing a mode of reading to the table that willfully exceeds the boundaries of established academic textual analysis, not unlike his peers and fellow EGS professors Avital Ronell and, formerly, Friedrich Kittler.

The Case of California (1991) is a series of “cultural clips” that investigate the many connections between Germany and California. In his own words, the book “excavates the places ‘California’ occupies as a concept or placeholder within Freudian psychoanalysis and within such extensions of the Freudian system as Frankfurt School thought, East Coast psychoanalysis, and deconstruction.” The book examines a wide range of media technologies and cultural artifacts such as group therapy, suicide cults, bodybuilding, milk-carton images of missing children, teenage slang, and surf music in order to trace the changing history of the symbolic object called California in the twentieth century.

Rickels’s infamous The Vampire Lectures (1999) is a collection of lectures from those that he held at UCSB since 1986. The book systematically explores the beliefs about vampirism in legend, literature, and film, telling a “psycho-history” of vampires. The narrative weaves in Karl Marx, Sigmund Freud, and Friedrich Nietzsche with the readings of Bram Stoker’s Dracula, F. W. Murnau’s Nosferatu, and countless other tales of vampirism, and invites the reader to examine issues associated with the supernatural.

In his seminal three-volume work Nazi Psychoanalysis (2002; subtitled “Only Psychoanalysis Won the War,” “Crypto-Fetishism,” and “Psy-Fi,” respectively), Laurence Rickels traces the interstices of psychoanalysis and National Socialism through the works of Franz Kafka, Theodor W. Adorno, Sigmund Freud, Jacques Lacan, and Martin Heidegger to describe the constructs and conjunctions within twentieth-century political thought. Drawing widely on diverse influences such as the Frankfurt School and Walt Disney, Rickels attempts to make a case that the human psyche and the World Wars of the last century are closely and intimately entwined.

Turning his attention to the German avant-garde filmmaker Ulrike Ottinger in Ulrike Ottinger: The Autobiography of Art Cinema (2008), Rickels provides an original and careful analyses of the artist’s films and photographic work. The book not only commemorates the “death” of what used to be a vibrant and contemporary art form, but it also shows Ottinger’s affirmative change in direction towards the format of documentaries as a way to address the tension between the traditional and the modern, as well as between the localized and the globalized.

In The Devil Notebooks (2008), Laurence Rickels continues the work from The Vampire Lectures, making a case for our obsession with Satan in his various forms. Here Rickels takes us on a trip down the darkest corridors of film, music, theater, and literature. “The Devil represents the father,” Rickels writes, thus challenging traditional interpretations of Freudian psychoanalysis.

I Think I Am: Philip K. Dick (2010) focuses on the prolific Californian sci-fi writer Philip K. Dick and examines the formerly unexplored scholarly relevance of Dick’s novels. The book traces Dick’s reflections on such topics as modern spiritualism, psychic reality, and psychosis, not shying away from the author’s continued questioning of his own psychic state and his speculations on conspiracies of which he thought himself a subject. While Philip K. Dick’s novels and short stories have spawned a great number of feature films since his death in 1982, Rickels’s work is the first sustained scholarly effort that puts Dick’s many novels center stage and demonstrates their relevance to the fields of psychoanalysis, literature, and philosophy.

In his most recent publication, Germany. A Science Fiction (2015) Laurence Rickels takes his cue from the German V-2 rocket as novelized in Thomas Pynchon’s Gravity’s Rainbow. Rickels claims that “Nazi Germany hosted the first season of realization of science fantasy with the rocket at the top of its arc.” Focusing on the integration and containment of psychopathy, he continues his work on sci-fi, or psy-fi, which he had brought to a momentary apex in I Think I Am: Philip K. Dick. Rickels delves into new readings of Dick’s The Simulacra as well as better and lesser known cold-war-era novels such as Simulacron-3, Fahrenheit 451, The Day of the Triffids, This Island Earth, as well as Gravity’s Rainbow.

Laurence Rickels’s “para-academic” activities include his work as a curator for numerous exhibitions such as “Art/Journalism” (Rosamund Felsen Gallery, Santa Monica, 1999), “Alle-Gory” (Mandarin Gallery, Los Angeles, 2005), and “Wood(s)” (Zwinger Galerlie, Berlin, 2013). He was the screenplay author and executive producer of SPOUT (2010), a short vampire film, and has himself performed in three films: Die Beach Boys und der Satan (1997), Flashforward (2004), and What Was I Thinking (2010).

Inside and Outside the High

Kafka’s Before The Law: Law of The Father